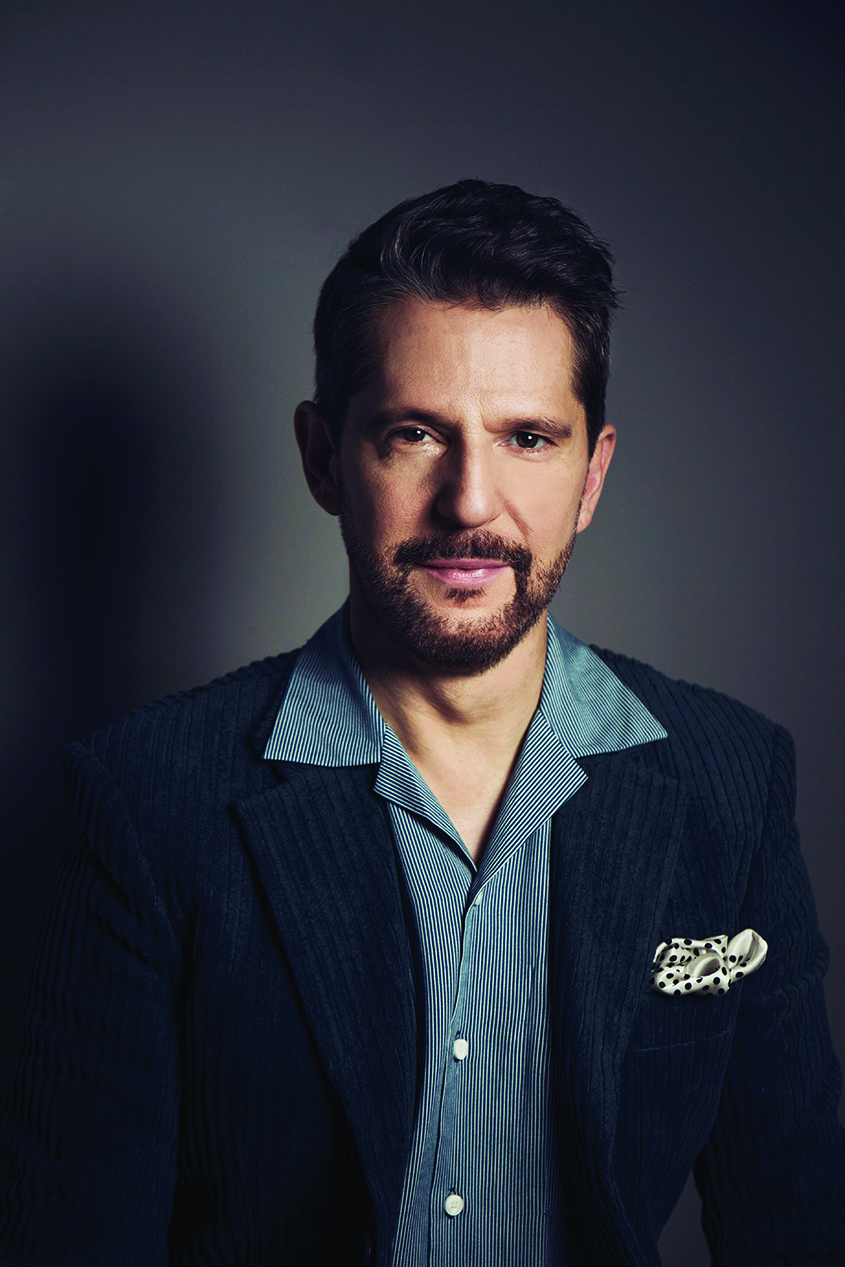 Xanadu, the hilarious roller-skating musical adventure, returns in a national tour this September to Baltimore’s Hippodrome Theatre with some fierce new twists!

The story follows the beautiful Greek muse Kira, as she journeys from the heavens of Mount Olympus to Venice Beach, circa 1980, on a quest to inspire scrappy artist-on-the-rise Sonny to achieve the greatest artistic creation of all time – the first roller disco! But when Kira stumbles into forbidden love with Sonny, a mere mortal, her salty sisters (“RuPaul’s Drag Race” stars Ginger Minj and Jinkx Monsoon) take matters into their own hands. Baltimore OUTloud recently chatted with Xanadu director Alan Souza on the upcoming Sunday, September 29th performance.

Frankie Kujawa: What can audiences expect from this upcoming performance of Xanadu?

Alan Souza: People are interested in Xanadu for different reasons. Many are fans of the film, which was not a blockbuster in its time, but is more a cult film like The Rocky Horror Picture Show. There are fans of the musical, which is over ten years old. This version is a new, reduced version that the author reduced himself. I think it will be fun for people who’ve seen the musical to see it now in a new way. Also, the inclusion of Ginger (Minj) and Jinkx (Monsoon) will definitely delight audiences.

Could you describe what’s it like having “RuPaul Drag Race” stars Ginger Minj and Jinkx Monsoon as part of your cast?

They are exactly the right people for this show! I floated the idea of including them in this production. I spoke with them directly about this being a bridge for them from being gigantic drag success to going back to their theatre roots, as they’re both professionally trained. I’ve seen “Drag Race,” but I’m not a big TV watcher so I haven’t seen it religiously. I have colleagues who led me to them. One colleague said, “You should see Jinkx’s show. She’s a genius and you’ll like how her show is structured.” Jinkx can sing and is funny. I was similarly led to Ginger in a different circumstance and saw she’s very bright, as well. They are very different stylistically.

You are highly regarded for your re-imagining of classic musicals. What went into your creative process for Xanadu?

Oftentimes, when I’m asked about rethinking a musical, my tactic is I try to examine it from the context in which it was written. I try to figure out why it’s relevant now. Xanadu is a feel-good piece, and I think at this moment we need to laugh and be charmed. We need to hearken back to music that is nostalgic for us. Even the roller-skates – that is nostalgic for us! When I saw the book for Xanadu, I thought they were very smart about the satire. When I went back and read this version, I was very heartened by it – not only is it clearly funny in every way but it’s beautifully heartfelt. There’s a love story at the heart of it. There is a great deal about the temporarality of humans existence, why art is so important, and how the art we make carries on after we perish as humans. I think that mortality and art are common themes in this performance. I think at this moment, whether we are looking at our national or gender identities, this is a beautiful show, which surprises everyone with an honest examination of our need to express.