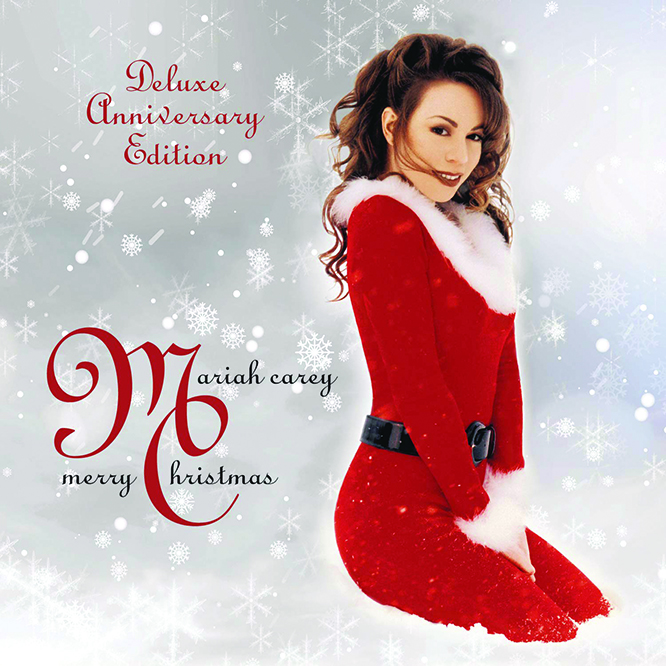 Originally released in 1994 and reissued in an expanded CD edition in 2018, Wonderful Christmas Time (UMe), Diana Ross’s only solo Christmas album makes a holiday return in a limited edition, translucent red vinyl double LP set. Bracketing the album with songs by her 60s-era music contemporaries, Paul McCartney (the title track) and John Lennon (“Happy Xmas War is Over”), Ross mixes gospel (“His Eye Is On The Sparrow” and “Go Tell It On The Mountain”) with traditional (“The First Noel,” “Ave Maria,” “Amazing Grace”) and popular (“The Christmas Song,” “White Christmas,” “Winter Wonderland”) songs of the season wrapped up in sumptuous arrangements. She even includes a couple of unexpected treats such as her covers of Bacharach and David’s “What The World Needs Now” and Stevie Wonder’s “Overjoyed.”

Like the Ross Christmas album, Mariah Carey’s first holiday album was released 25 years ago. Newly reissued in an expanded double-disc deluxe 25th anniversary edition, Merry Christmas (Columbia /Epic / Legacy) is mainly remembered for launching the first new Christmas song to achieve classic status at the end of the 20th century. “All I Want For Christmas Is You,” co-written by Carey and Walter Afanasieff, with its Phil Spector and Beach Boys musical references has become an essential part of the modern Christmas music songbook. The other two Carey / Afanasieff originals, “Miss You Most at Christmas Time” and “Jesus Born On This Day,” are acceptable, but can’t hold an electric candle to “All I Want…” The remaining numbers are relatively faithful renditions of standard Christmas songs. The sole diversion, a misguided club mix medley of “Joy to the World” – both the traditional and the Hoyt Axton-penned pop song that was a hit for Three Dog Night – is a bit unsettling. The 18-track second disc includes rare remixes and live tracks, all previously unreleased.

Moonlight, Mistletoe & You (Concord) is the first holiday album by Grammy-winning modern blues musician Keb’ Mo’. Half of the ten songs, including the title cut, the delightful and humorous “Christmas Is Annoying,” and the lovely “One More Year with You” (co-written with Beth Nielsen Chapman). Mo’ also goes the more traditional blues route on songs such as Koko Taylor’s “Merry, Merry Christmas,” Theodore Edwards’ “Santa Claus, Santa Claus, and Charley Jordan’s “Santa Claus Blues.” The duet with Melissa Manchester on Irving Berlin’s “I’ve Got My Love to Keep Me Warm” is a warmhearted and wonderful touch.

In advance of the release of its proper 2020 debut album, The Imaginaries, husband and wife musical duo Shane Henry and Maggie McClure, have released the holiday full-length Hometown Christmas (Imaginariesband.com), a combination of two previous holiday EPs and new songs. Interwoven amongst the pleasantly rendered cover versions of “Christmas Time Is Here,” “White Christmas,” “Baby, It’s Cold Outside,” and a rocking rendition of “Up on the Housetop,” are memorable originals including the cover cut, “First Thing on My Christmas List,” “Happiest of Holidays,” and “Kiss for Christmas.

It must be written somewhere that you can’t have Christmas music without jazz. Danish-American saxophonist Michael Lington fills the bill with A Foreign Affair Christmas (Copenhagen Music). Lington is joined by a holiday buffet of musical guests including gay sax man Dave Koz on the medley of “Winter Wonderland / Let it Snow,” country music legend Vince Gill on “This Christmas,” smooth jazz guitarist Russ Freeman on “Oh Holy Night” and trumpeter Rick Braun on “Silent Night.”