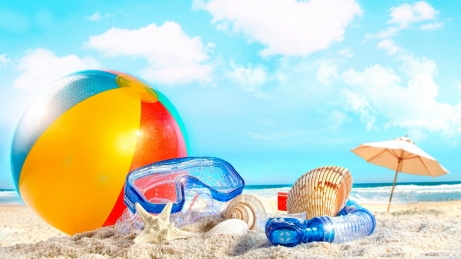 It’s the last week of August– or what are known as the lazy, hazy last days of summer. Soon schools will open and, as many of us will recall, many teachers will ask their assembled students, “What did you do with your summer vacation?”

Well this summer has been somewhat different for many of us. Let’s see … we came perilously close to a nuclear war. As a country, we stuck our noses up at the rest of the world and walked out of an international agreement on climate control. Our Republican-controlled Senate and House couldn’t agree on any meaningful legislation. And this was all, of course, littered with tweets. Then to top it all off, Charlottesville.

Let me be very clear on two points. First, anyone who marches with a Nazi flag is not a good person. Second, this empowerment of Nazism and the KKK (I won’t simplify and call them “white supremacists,” as they stand more for hate than just racism) has been created by eight years of Republican values. Yup, I said it: This is cause and reaction of Republicans, and their support for those hate groups. Want proof? After the president’s remarks about “nice people” among the Nazis and KKK, only 54 of the 292 Republicans spoke out against that view. That, as John Oliver noted, was less than 20 percent.

My position on the election, which started this downfall into hell, was that working-class Americans view those of us in the urban bubble as elitist, always pushing a cause with which they weren’t comfortable. And the symbol of that was Hillary Clinton. Noted, she had baggage, but that baggage was no different than any male politician’s baggage. Yes, sexism was a part of that equation, and the proof could be seen last Sunday from the Rev. Jerry Falwell, Jr. – of Liberty University, son of Jerry Sr., who founded the Moral Majority, a religious right-wing organization that was antigay, pro-life, anti-climate … You get the idea.

On August 20th, Falwell tweeted in support of Trump’s remarks regarding Charlottesville. When asked why he continued to support Trump, he stated that it was his message during the campaign that was “anti-P.C.”

Anti-politically correct is code for all the issues “those people” feel we elitists have pushed, the so-called liberal or progressive agenda.

So on one side you have the Republicans fanning the flames that now have empowered the KKK and Nazis. Then you have the other side, a group calling for more tolerance and understanding of our differences – simply put, inclusion and diversity. And then we have a man in Charlottesville plow his car into a crowd, killing a woman who was peacefully demonstrating for tolerance. Let’s make this clear: Her blood is on the hands of each and every Republican who did not decry this violence.