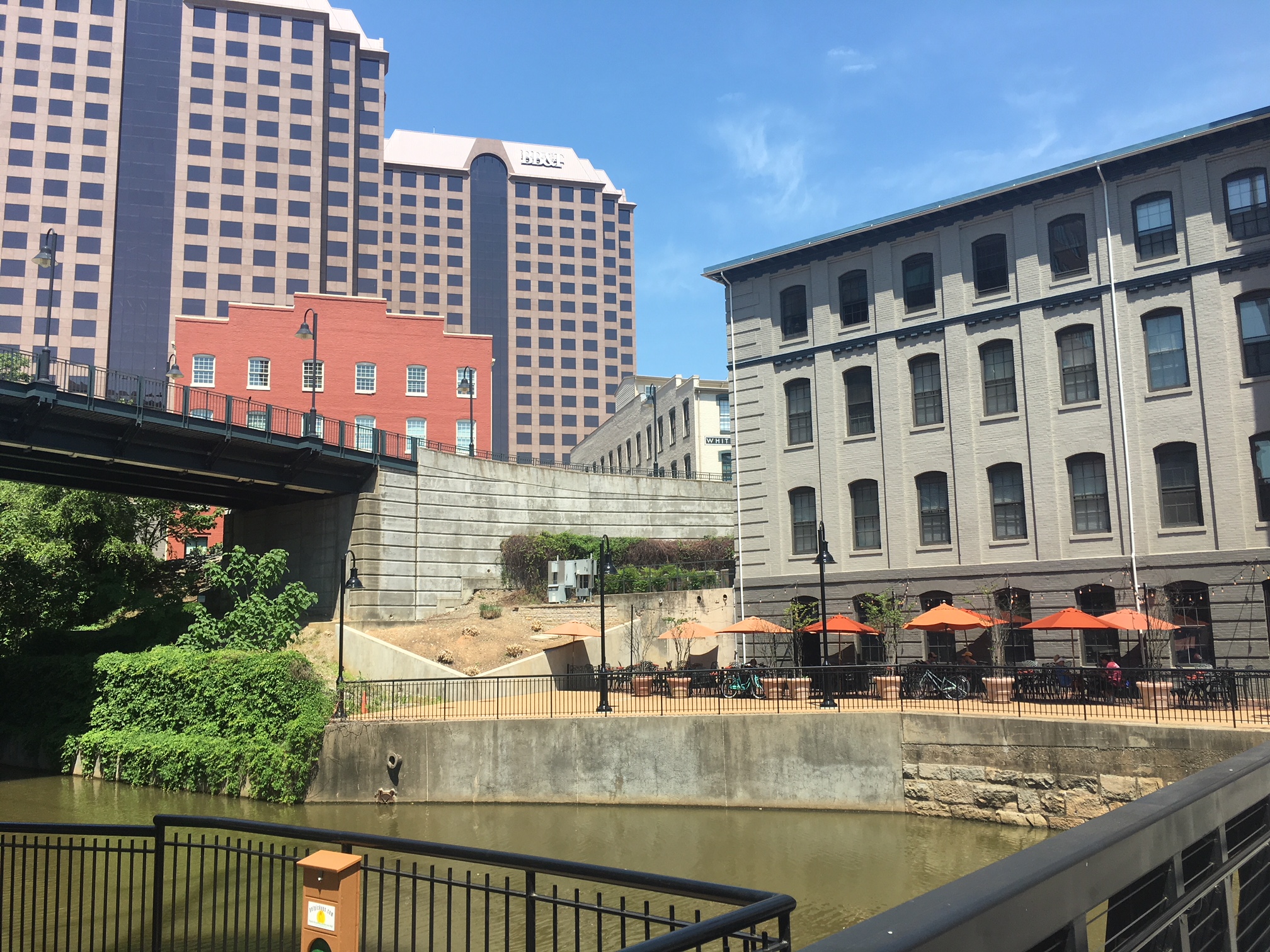 It is easy to travel from Baltimore to Richmond, Virginia. Amtrak offers a round trip ticket for as little as $76 from Baltimore’s Penn Station to Main Street Station, one of Richmond’s most visible landmarks. The more than 100-year-old train station, which has survived a major fire and two floods, is a great place for an adventure. Main Street Station’s recessed lights line both the ceiling and floor to highlight its magnificent architecture, its reproduced 22-foot marbleized columns enhance its historic feel, and its replicated original wooden benches deliver a somewhat uncomfortable seat for its visitors. From there, is an exterior monumental staircase that goes down to Main Street where you can walk to or take public transportation to the area’s historic sites, shops, restaurants, and waterfront. Richmond’s historical background, its indoor and outdoor activities, its food and drink, and its LGBTQ nightlife and resources make this city both a learning and appealing weekend getaway. 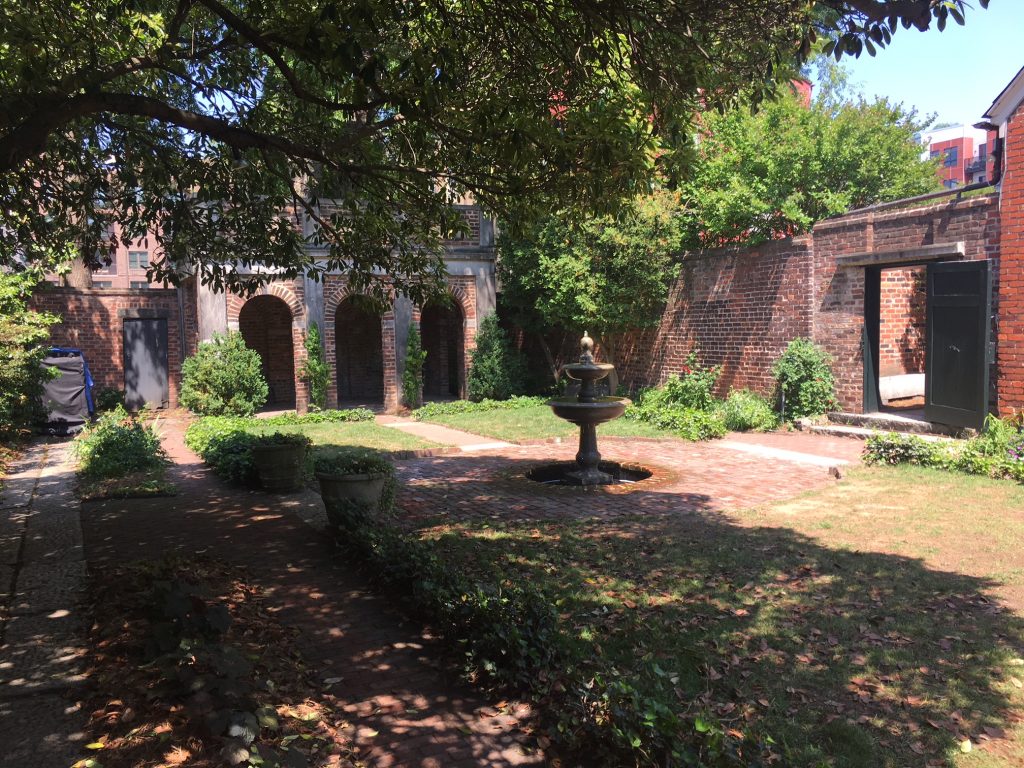 Richmond has a lot of history. In 1742 Richmond was incorporated as a town. It is named after the English town of Richmond, which is now part of London, because the view of the James River is similar to the River Thames from Richmond Hill in England. Patrick Henry, a US founding father, famously declared “Give me liberty or give me death,” which helped spark the Revolutionary War. On April 18th, 1780, the state capital was moved from the colonial capital of Williamsburg to Richmond in order to place the state capital in a more centralized location. The White House of the Confederacy during the Civil War is also located there. 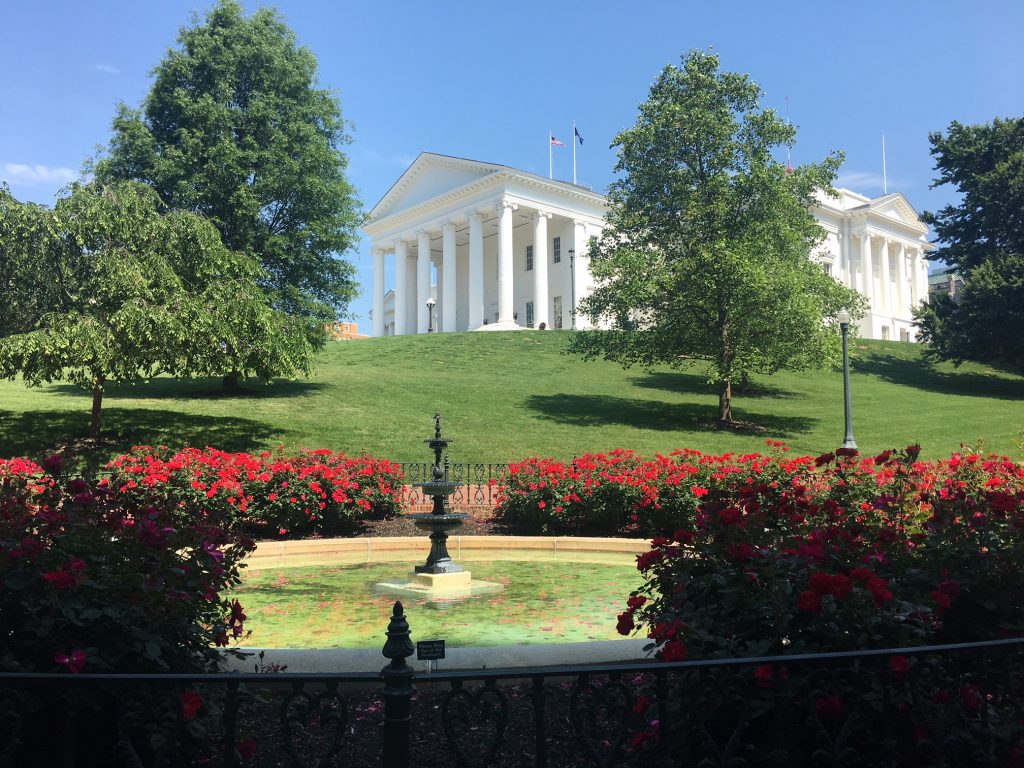 Richmond is famous for its many museums. The John Marshall House has been a museum since 1913 and it contains the largest collection of artifacts associated with the Marshall family. Marshall is famous for his role in showing that the Supreme Court is an equal branch of government, and his role in Marbury v. Madison, which helped shape the principle of judicial review. The museum is walking distance to the Virginia State Capitol. The beautiful white Virginia Capitol Building was designed by Thomas Jefferson to resemble a first-century Roman temple in France. It also contains the only sculpture of George Washington produced in his lifetime.

There is also the Edgar Allan Poe Museum. Poe was born in Boston, but he considered Richmond his home and referred to himself as a Virginian. Poe grew up, married, and first gained his literary reputation in Richmond. His illustrations of the famous poem “The Raven” and numerous other artifacts are housed at the museum (Poemuseum.org).

Richmond also has many outdoor activities. The Lewis Ginter Botanical Garden is open all year and it offers a wide variety of spectacular flora, themed gardens, and a classic conservatory. There is also the famous Canal Walk tour that goes beside the James River. The tour also takes you on a beautiful pedestrian bridge that has some interesting Civil War information.

Richmond is also known for its traditional Southern cuisine. It is home to the famous sailor sandwich (ingredients are hot pastrami, grilled knackwurst, melted Swiss cheese, and hot mustard on rye bread). It also has great fried peaches that are cut in half and simmered in butter with brown sugar and served with vanilla ice cream. In 1935, Richmond is where canned beer was made commercially available for the first time. Today, the Richmond region has several fabulous wineries that offer great wines.

Its LGBTQ nightlife is limited to only a few bars, but each has something unique to offer. Barcode, one of Richmond’s longest standing gay-owned-and-operated businesses, continues to be a popular destination. It offers great food, awesome music, friendly staff, and an entertaining atmosphere (Barcoderva.com). There is Babe’s of Carytown that is an upbeat and exciting LGBTQ bar that has a great patio for relaxing. It offers drag shows, karaoke, and line dancing. Godfrey’s is also an exciting venue for the LGBTQ community because it offers a wide range of entertainment. It has theme nights and drag brunch (Godfreysva.com).

With all Richmond has to offer, a summer trip to Richmond should be on your list of adventures.