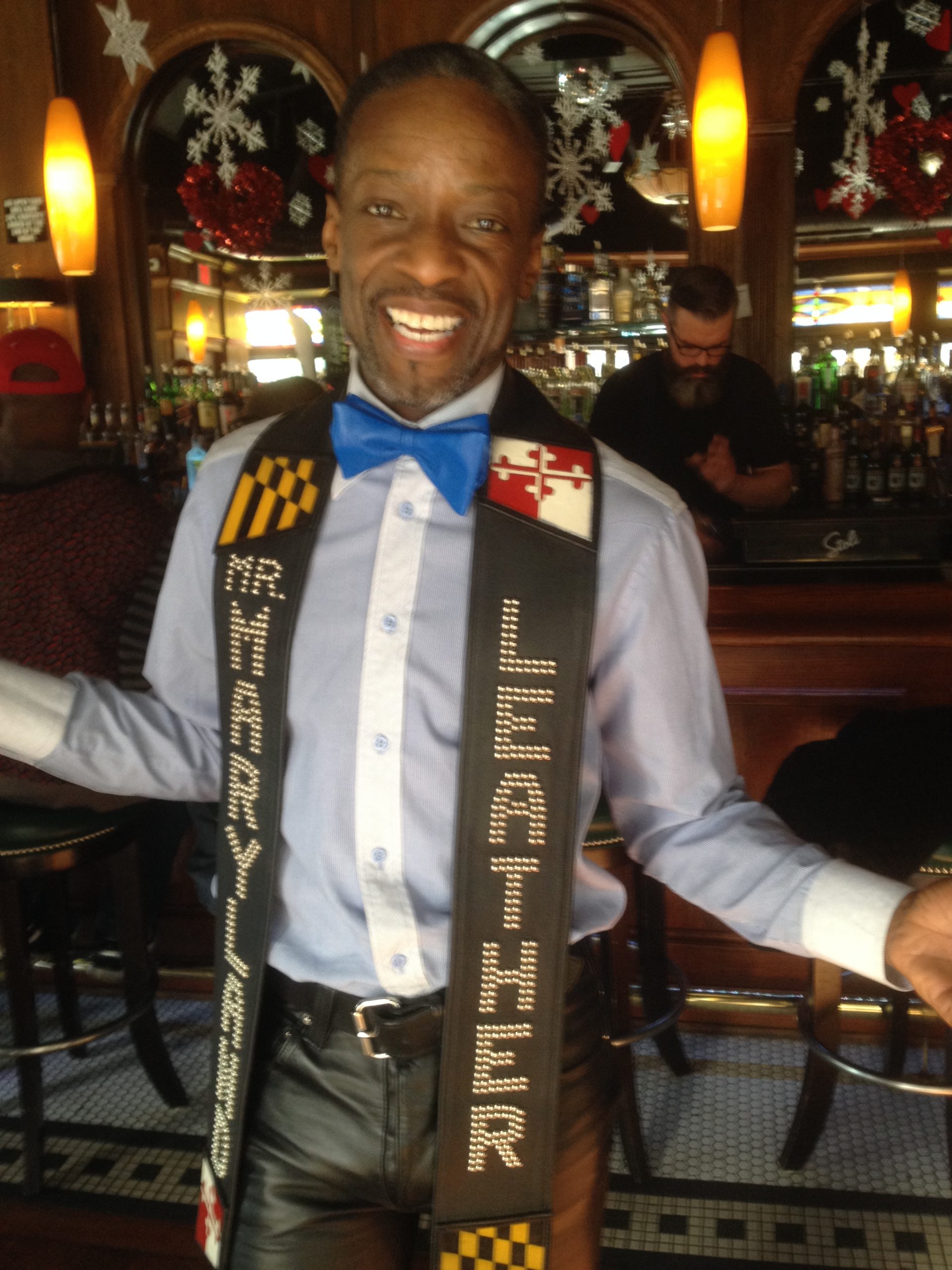 I remember sitting down with Mr. Maryland Leather 2016 Eli Ra in February of 2016. We met in a crowded suburban restaurant on a weekday afternoon. He walked in wearing full leather. I knew at once that this leather man was the real deal. I sat down with Sir Eli again on September 18th. This time we met via zoom, but he was still in leather. This is one titleholder who doesn’t phone it in.

I asked Sir Eli what his most memorable moment was of his Mr. Maryland Leather 2016 title year. He had many. He held a very successful fundraiser and suit drive for an organization called Suit Up that provides business attire to underprivileged persons going on job interviews. His most memorable event was his HIV Smart benefit at Grand Central in Baltimore to help promote PREP awareness. The event included a food truck in front of the bar, and he was able to get the same van that usually comes to Pride events to provide free HIV testing. His fundraiser had the ability to impact people’s lives. Even employees of the bar, who did not have health insurance, got tested. People who just happened to be walking down the street and saw all the activity joined in. The afternoon brought everyone together. It turned out that more people were tested that day for HIV then during the enormous Baltimore Pride event. Sir Eli was deeply humbled by all the support. He added that when selecting his charities for his fundraisers, he thought about some of his kinks: nipple play (breast cancer awareness), sex (HIV / PREP), and his suit fetish (Suit Up).

When Sir Eli stepped down as Mr. Maryland Leather in November of 2016, he still stepped up. In fact, he ran and was awarded another title Mid-Atlantic Handler 2019. I asked him why he would run for a second title. He said that Mr. Maryland Leather was a fundraising title and Mid-Atlantic Handler was more of a fetish title. Also, his pup wanted to compete, but didn’t want to do it by himself. Although his pup wasn’t awarded the title of Mid-Atlantic Puppy 2019 (He was first runner-up), Sir Eli still pushed him to do everything that he would have done had he won. His pup started “Let’s Go Play” an organization that combines education and play. Let’s Go Play has held very popular “pup nights” in Baltimore and Washington. They even helped host the well-attended ‘’pup mosh” during Mid-Atlantic Leather Weekend.

We now find ourselves living in a time when there are no leather contests to attend or fundraisers to produce ( In fact it was just announced that Mid-Atlantic Leather Weekend is canceled for January 2021.), I had to wonder how this busy leather man was handling 2020. Believe me he hasn’t slowed down.

As a two-time leather titleholder, many people send Sir Eli questions. People are more comfortable texting a question to someone and not asking an intimate sexual / fetish question in person. Sir Eli has taken these questions, the kind that one would only ask in bed, and turned them into The Pillow Talk Project. He answers questions on Facebook via zoom presentations every Wednesday at 7 pm. (Details can be found on Facebook. He also plans to record and post on YouTube.)

For now, Sir Eli is keeping busy online and with his leather pod family. He is aware of all the current division, not only in our country, but also in the leather community. He suggested that perhaps having everyone stop and stay home is a good thing. It forced the community to hit the pause button and gave everyone time to think.