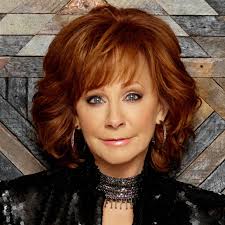 The losses to the entertainment world in 2020, COVID-related and otherwise, have been substantial. Rock and roll pioneer Little Richard died at 87 in May and Fleetwood Mac founder Peter Green died in July at the age of 73.

Released 25 years after his breakout debut, Little Richard’s 1972 album The Second Coming (Omnivore), newly reissued with four bonus tracks, manages to honor his roots (“Rockin’ Rockin’ Boogie,” “Mockingbird Sally”) while also fitting into the sonic funk style (“Second Line,” “Nuki Suki”) of the early 1970s. Little Richard, who struggled with both his sexuality and religious upbringing, became a preacher in the late 1970s, therefore it’s not unusual to find a song such as “Prophet of Peace” here. The cover image by the late gay artist Richard Bernstein is also worth a look.

Little Richard made something of a secular pop culture comeback in 1986 with his performance as neighbor Orvis in Paul Mazursky’s Down and Out in Beverly Hills which also marked Bette Midler’s return to the silver screen. As such, he released the album Lifetime Friend (Omnivore), also reissued (with two bonus tracks), featuring “Great Gosh A’Mighty” (co-penned by Little Richard and the late, gay music legend Billy Preston) the song he performed in the movie.

Pre-dating Little Richard’s The Second Coming album by a few years, but certainly owing a debt to his earlier influence, Then Play On (BMG) by Fleetwood Mac, is newly reissued in an expanded celebration edition. In case you forgot about Fleetwood Mac’s pre-Stevie Nicks/Lindsey Buckingham blues beginnings, Then Play On serves as a solid reminder. Songs such as “Oh Well,” “Coming Your Way,” “Show-Biz Blues,” “One Sunny Day,” “Without You,” “Rattlesnake Shake” and “Like Crying,” are steeped in the British blues rock tradition. There are also gorgeous folkie moments such as “When You Say” and “Although the Sun is Shining,” as well.

Grunge (remember grunge?) always had a bluesy edge and that comes through loud and clear on Smell the Magic (Sub Pop), the 30th (!) anniversary reissue of the second album by the all-female quartet L7. Although none of the members of the fiercely feminist quartet identifies as queer, it’s hard not to miss the lines “Poppin’ wheelies on her motorbike/Straight girls wish they were dykes” and “Got so much clit she don’t need balls,” from the song “Fast and Frightening.” Raw, rambunctious, and rocking!

Country queen Reba McEntire had been at it a good long time before she finally found crossover success in the late 1980s. Although she pre-dated the new country phenomenon of the time that propelled artists such as Mary Chapin Carpenter, Patty Loveless, Dwight Yoakam, Lyle Lovett and Steve Earle to stardom, McEntire was able to hitch her wagon to that constellation. McEntire’s 1990 album Rumor Has It (MCA Nashville/UMe), reissued in an expanded 30th anniversary edition, holds up well all these years later, due, of course, to McEntire’s fabulous vocal prowess. Her cover of Bobbie Gentry’s “Fancy,” presented in its original version, as well as a Dave Audé remix (for the devoted gay fans, naturally) and live rendition, gave McEntire a chance to show off her excellent interpretive skills. The same can be said for her readings of the cover tune, “You Lie,” “That’s All She Wrote,” and “You Remember Me”.

There is no shortage of unsung and undervalued singer/songwriters in the world of pop music. Memphis’ Van Duren is one such artist, but following Greg Carey and Wade Jackson’s 2018 doc, Waiting: The Van Duren Story, that has begun to change. Emerging from the same music scene that gave us Big Star, Duren released his reissued debut album Are You Serious? (Omnivore) in 1978. The album’s 13 songs are equally timeless and of their time. Meaning that in 1978, with disco and new wave becoming the dominant music of the period, a noteworthy release such as this, might get overlooked, although it received some airplay. The good news is that now we have a second chance to appreciate standout songs such as “Chemical Fire,” “For A While,” “New Year’s Eve” and “Waiting.” Duren’s follow-up album, Idiot Optimism (Omnivore), recorded but delayed due to record label shenanigans, has also been reissued.