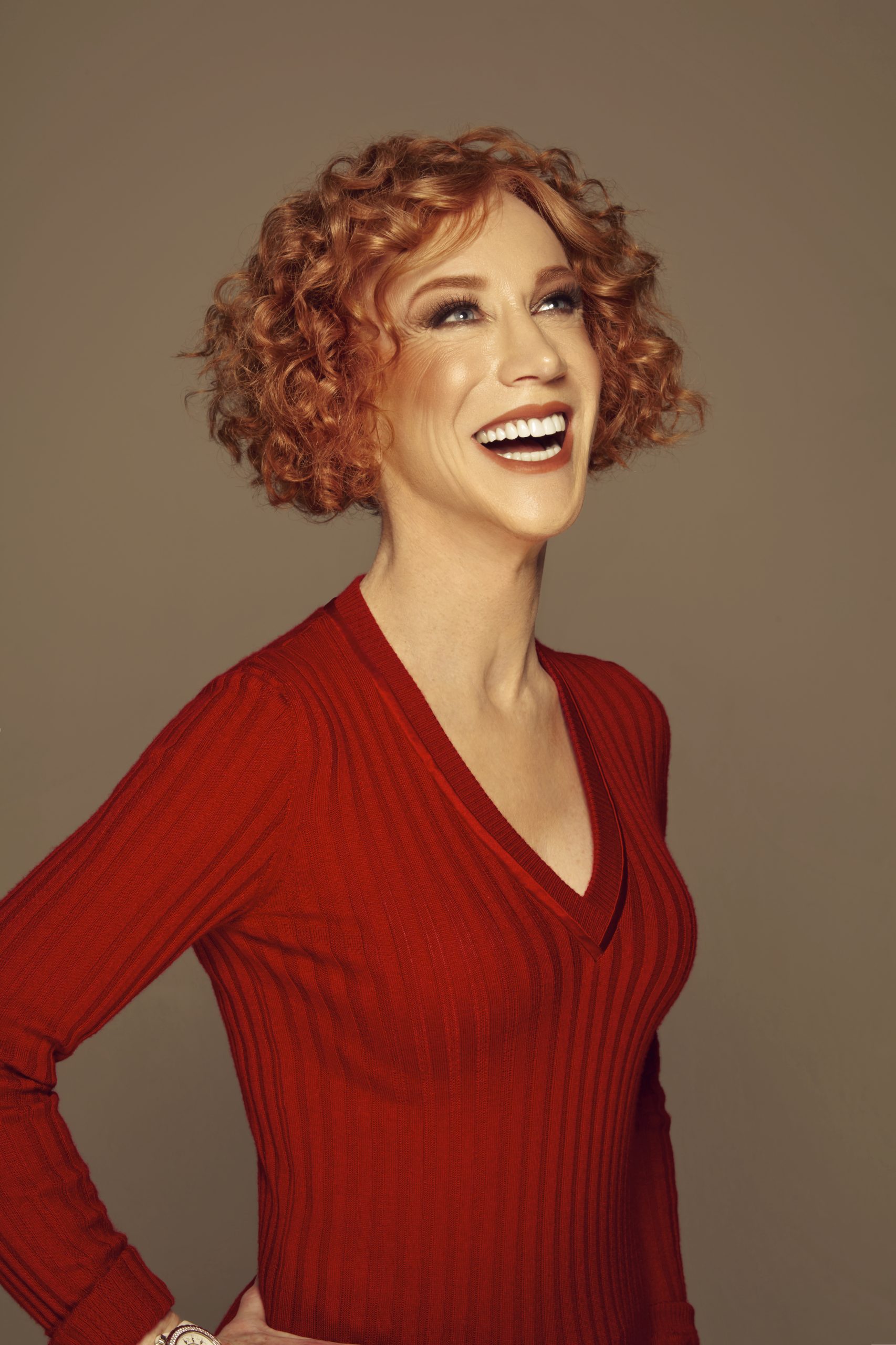 Bold. Unyielding. Independent. Relentless. Survivor. These are just a few characteristics of the word patriot. As America prepares to honor Independence Day against the sobering backdrop of a global pandemic and racial injustice, Americans find themselves reflecting on the ideals of what it means to be an American patriot. Many have recently wondered if comedian Kathy Griffin is among the type of courageous patriots that this country needs during these trying times. The lioness of standup has roared back with Baltimore OUTloud and, boy, does she have a Hell of a Story to tell.

“Honey, how is anybody doing, right now?” Griffin deadpanned, chatting exclusively with Baltimore OUTloud on the same day as the Supreme Court delivered a major victory to LGBTQ employees, “First off – let me say this is such a good day for your people regarding the Supreme Court decision!” Griffin, then in her always witty and honest-style added, “And, of course, my caveat – I don’t trust that f*cking Justice Neil Gorsuch as far as I can throw him! I’m on a rant, Frankie! You know I’m always on a rant!”

Funny, witty and resilient Kathy Griffin has faced a lot over the course of her decades-long career. Having earned two Emmys, penned two New York Times bestsellers and cementing herself in history as the third-ever woman to win a Grammy for Best Comedy Album. Griffin’s illustrious career abruptly lost it’s luster after the now infamous ‘Photo Heard ‘Round the World’ in 2017. Griffin, showing her true resilience clawed back to reclaim her spot by capturing everything from the fallout in her award-winning, self-financed, feature film, A Hell of a Story, now available to stream in 62 countries.

“What gives me the most gratification is when I think about an LGBT person in one of these countries [watching this film]. This film has literally been seen in Cairo and all around the world. I think about the LGBT person that has to watch it in silence. Those that have to watch it on their phone or their laptop, and are terrified that one of their friends or family members will come in. Yet, they find a place to go and get an hour and a half of laughs. That’s what gives me the most gratification.”

The film, available on Amazon Prime, takes audiences on an emotional rollercoaster ride chronicling the fallout from the now-infamous photo to Griffin’s rise from the ashes as she shares the scary and hilarious behind the scenes stories of her fight to stand up for her first amendment rights. Upon retrospect of what the American public has seen from this administration since that photo in 2017, the political landscape has changed drastically. In comparison, the photo no longer defines Griffin’s career, but showcases her patriotic stand for what she believes in.

“I’m hearing [it] more and more and I appreciate it because, you know my joke is ‘I can’t help it if I was a head of my time!’ But, in all seriousness, I think we as a country are learning more about what patriotism means. I think it isn’t what we thought it was ten years ago. I think that obviously, in my opinion, the patriots we need right now during these times have to be loud and bold.” Griffin added, “You know, that was my photo. It ignited a very strong reaction. I have to say it’s now quite gratifying that three years later, after being cancelled from the highest levels and all the other stuff, for me to hear people say, ‘Wow, I can’t believe we freaked out over that dumb picture. Now look what we have to deal with – COVID-19 and ICE concentration camps.’ And that’s just to name a few!”

Griffin continued, “So you know me, I’m into big and bold, but nobody gets hurt. I mean everyone knows I didn’t actually cut off anybody’s head. But I did feel [at that moment] it was time for a bold statement. And I hope that there are more bold statements coming out and, frankly, they aren’t as quite awkward as mine. I’m hoping there are ICE camp whistleblowers coming forward. I’m hoping there are correctional facility whistleblowers – the guards are getting COVID-19 just as much as the inmates. I’m hoping the Black Lives Matter and equality movement makes the government realize, ‘Hey, people in detention centers are people, too.’”

“So, I want people to feel confident to be loud. I hope they’re not watching these Senate hearings where these real patriots are testifying over and over and are getting ignored. I don’t want people to lose that sense of patriotism. I hope that people are feeling bold and smart and, frankly, relentless in what they believe in.” Griffin added, “I think in this moment in history, and I’m not spiritual, but I think there could be a reason for all of this happening at once. I feel like this could be the tipping point to slow people down about certain things and make people accelerate more about being more aware. Human rights and civil rights are everyone’s rights, and everyone benefits.”

Griffin shared what she sees as her role during this time in history. “Now is the time for something more. I want to be a messenger of someone who can infuse humor into crazy situations and navigate a way to make people be able to laugh. Not laugh at them but laugh with them because I do think humor actually does have a place. So many times, I have personally seen humor build a bridge that could not be built any other way.”

“It does lead into the topics of the day.” Griffin continued, “I’ve been working on bits – like all comics – we’re trying to learn what’s funny and what’s appropriate right now. Like I’m working on this bit right now about going to get the COVID-19 swab test. The first time I went Randy (Bick, Griffin’s husband) and I were in one car. Two of my employees, both gay, were in a separate car. And the very first time, the line was long, so we were all texting each other ‘Social distancing while going to get our first swab test.’ And then my two employees start texting me saying ‘Oh my God! How hot is that guy in the Prius three cars up?’ Then I got a text, ‘Hello! What about that guy in the Camry?’” Griffin hilariously added, “I was like, ‘Excuse me! We’re here to save lives, fellas! We are not cruising! This is not COVID Grindr!’ So, I’m trying to work with important bits like that where I can find the humor in it but still say to people, ‘Get your freaking test!’”

As the conversation turned towards what the comic hopes to be defined as Griffin said, “I want to be known as someone like my beloved Joan Rivers or my beloved George Carlin. I think what the Trump photo experience, the world tour and the film Hell of a Story has given me is more ‘meat on the bone’ of my comedy. Whatever I come out with next comedically, whether it’s another special or a book, it may have some kind of nod to the Trump photo. I mean, as Jane Fonda said, ‘That’s going to be on your tombstone, kid.’ I will always give a nod to it, but I’m grateful that I feel I’ve moved beyond it. And, I have to say, that I’m more grateful that I feel a lot of people have moved beyond it.” Griffin concluded, “I hope that ultimately I’m defined by, ‘…and she kept being funny, and she kept loving it.’”

Be sure to click on the link below to watch “Kathy Griffin: A Hell of a Story”: https://www.amazon.com/gp/video/detail/B07VVWGC85/ref=atv_dp_share_cu_r