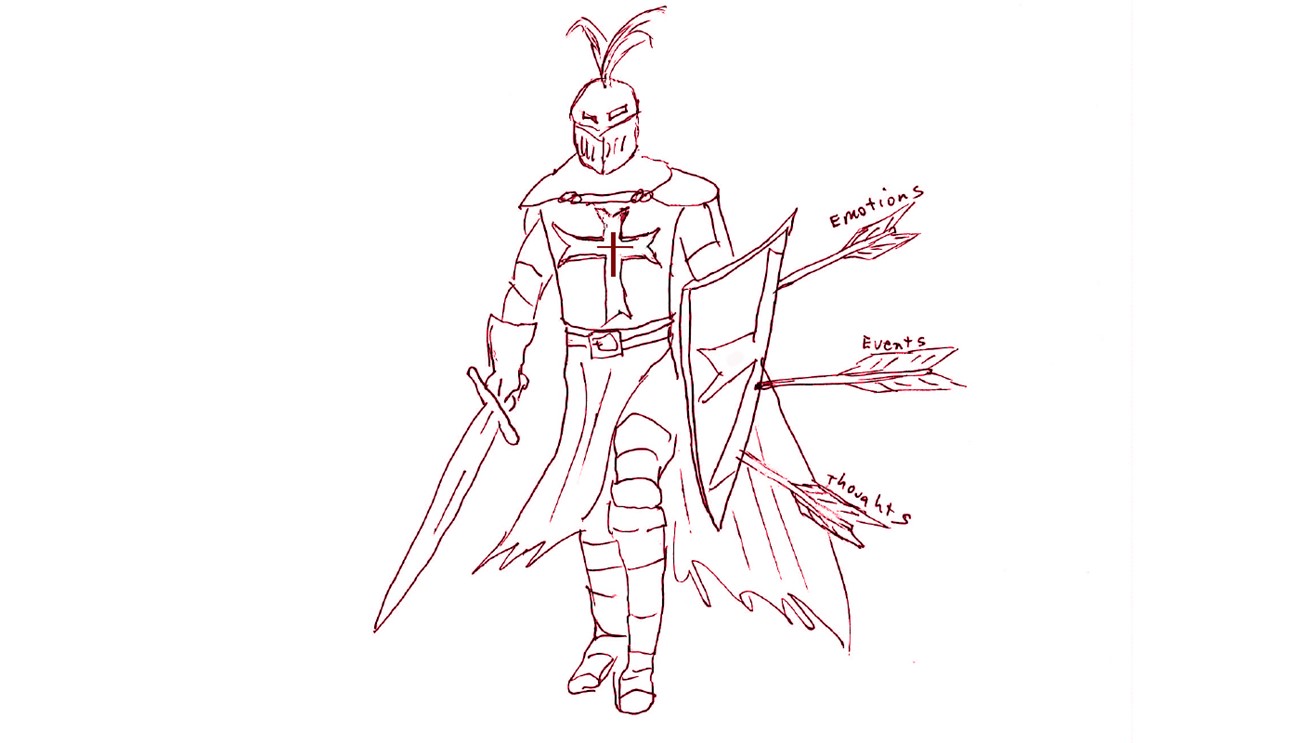 My Armor of Numbness had served me well over the years however, it almost broke me in two. TRIGGER WARNING: THE SUBJECT MATTER MAY BE DISTURBING TO SOME.

Most of my PTSD came for first working on a firetruck, then secondly working on one of the busiest ambulances services Fulton County 911, downtown Atlanta. I will tell you of a couple of calls to give you a taste of what types of memories I’ve held in for years.

Like the time where a guy was shot ten feet from me and you wonder if you are next. However,

that was not the worst of the worst. We had received a call for two people hit by a car on I-20. When we got there, there were two people hit by several cars’ multiple times. However, they were just pieces and parts left over a mile stretch. This one hit me so hard for multiple reason. I lost it on scene, yelling about why the hell did we get called. They should have called the corner not us. They wasted or time. As an empath loss of life comes out in strange ways and my violent outburst was one of them.

The ones that get to you are like his call. Before GPS, we were headed to the call and when I turned down the street, I turned left instead of right taking us in the wrong direction costing us several minutes. Did that make a difference? Probably not, but you still have that thought, “what if,” that won’t go away. To make matters worse the call was so tragic. A guy about fifty had answered a knock at his door when he was robbed at gun point. When he gave the seventeen-year-old his wallet the kid shot him clipping his hepatic artery. As we were taking him out the house on the stretcher, he grabbed my partners hand looked him in the eye and said, “don’t let me die.” In that moment I knew he would be dead before we got him to the hospital. People know when they are dying and despite all your training there is nothing you can do but watch them die.

The next call is the best of the worst. I read a script today that had a scene similar to what I experienced but the script was fiction and mine were real. We received a call of a pair of newborn twins were abandoned in a dumpster. When we got to the scene there were a pair of twins in a filthy dark brown dumpster. It was surreal, it was like the person who left them not only abandoned them but was saying they were human garbage. They were covered in filth and were being eaten by ants. It was horrendous, unfathomable to someone with young kids.  The reason I say it was the best of the worse was my last image of those babies. I saw one of the  nurses in a rocking chair holding both of them alive and cleaned up. I knew at that moment that they were okay. I am so glad for that image and will cherish that image for the rest of my life.

These are just a few of many traumas that make up my PTSD. Some that I still don’t talk about even after 30+ years. So, what does this have to do with being transgender? For me it was a powder keg that I was sitting on. The thing that protected me was the thing that also pushed me to suicide. Because when I lost control of my gender issues the complete dam broke, and all of these plus many more emotions were released at one time. We can’t pick and choose what event will come out. I had so many negative feelings, shame, guilt, and death pent up inside.

However, three years later everything has settled down. I am no longer suicidal, and my outlook has improved a thousand percent. When transgender people get to a point of their transition where they finally accept who they are the statistic of suicide go to that of the general population, which is about one-point-seven percent instead of forty-five percent for transgender people. As always love, light, and peace. Sophie