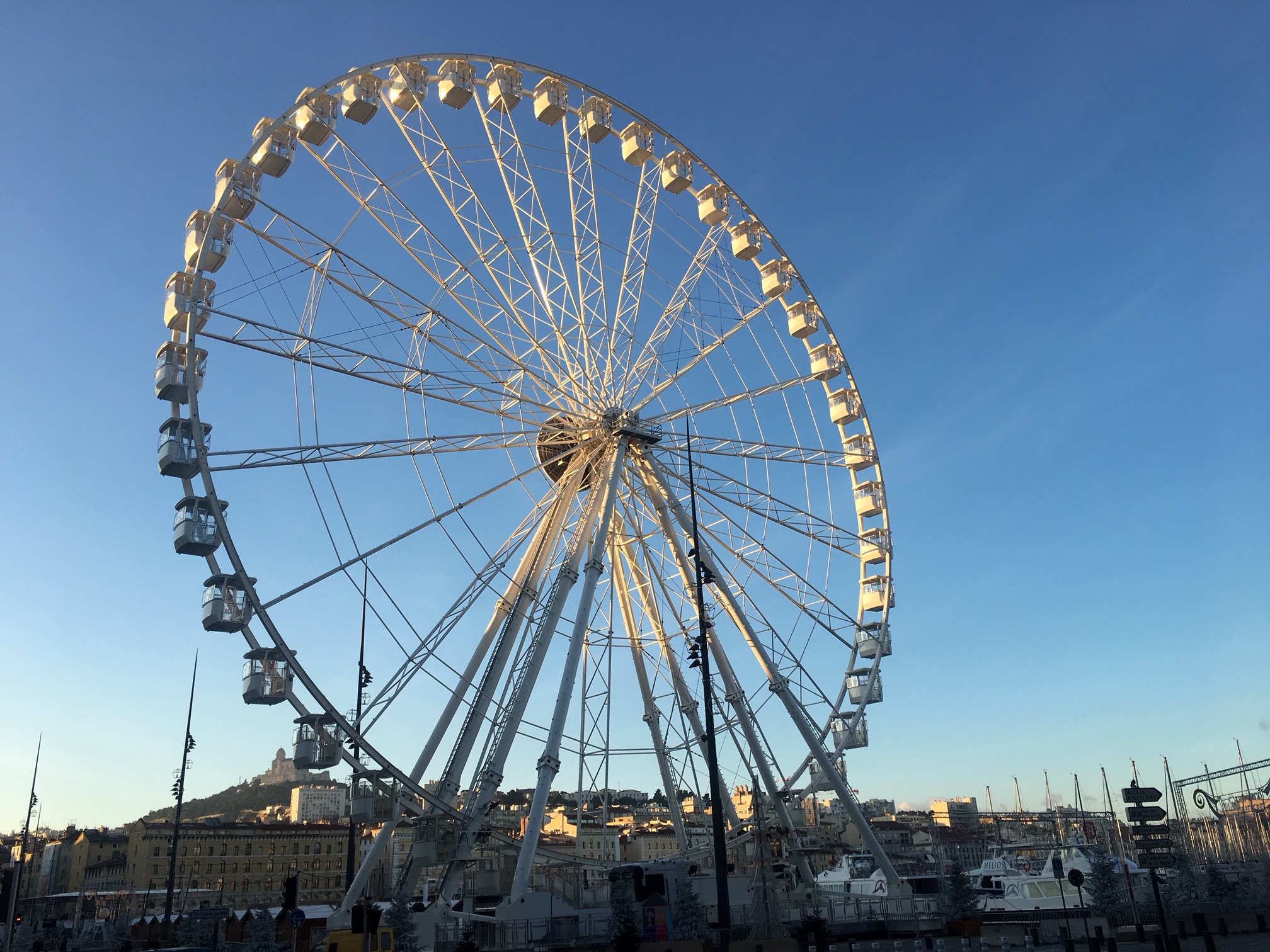 Marseille, France’s second largest city, is the complete opposite of Paris. In Marseille, there’s no world-renowned museum or internationally famous monument. Nor is it some prestigious city that captures a “wow” when mentioned. Marseille is a port city located in southern France and it is known for its multicultural environment because it is heavily influenced by the Armenians, Italians, North Africans, and Turks. The city is built around the Vieux-Port (Old Port). The locals are socially more conservative than in Paris, so LGBTers may receive an unfriendly stare if holding hands with their partners in public. 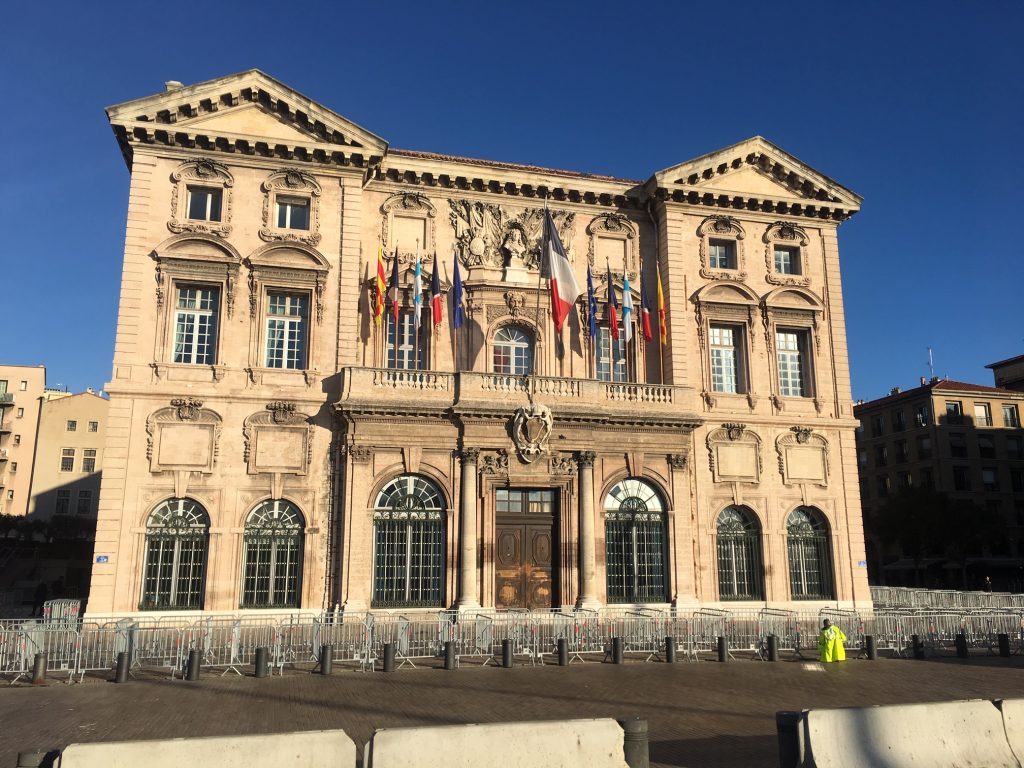 The Old Port is a great place to begin any tour of Marseille. In the mornings, there’s a market where fishermen sell their latest catches. The Phare de Sainte-Marie lighthouse, built in 1855, marks the northern most point of the harbor. Although it’s inactive, it still provides a great background in a photograph when capturing the harbor’s splendid views of the Mediterranean, the white of the limestone, and the blue sky. Not too far away is the Museum of Old Marseille. It features history exhibits, including the hull of a ship from the 2nd century (believed to be the best preserved of a vessel from this period), medieval potters’ works and the first French manufactory of faience (13th century); and the architecture and building works of the architect, sculptor, and painter Pierre Puget. 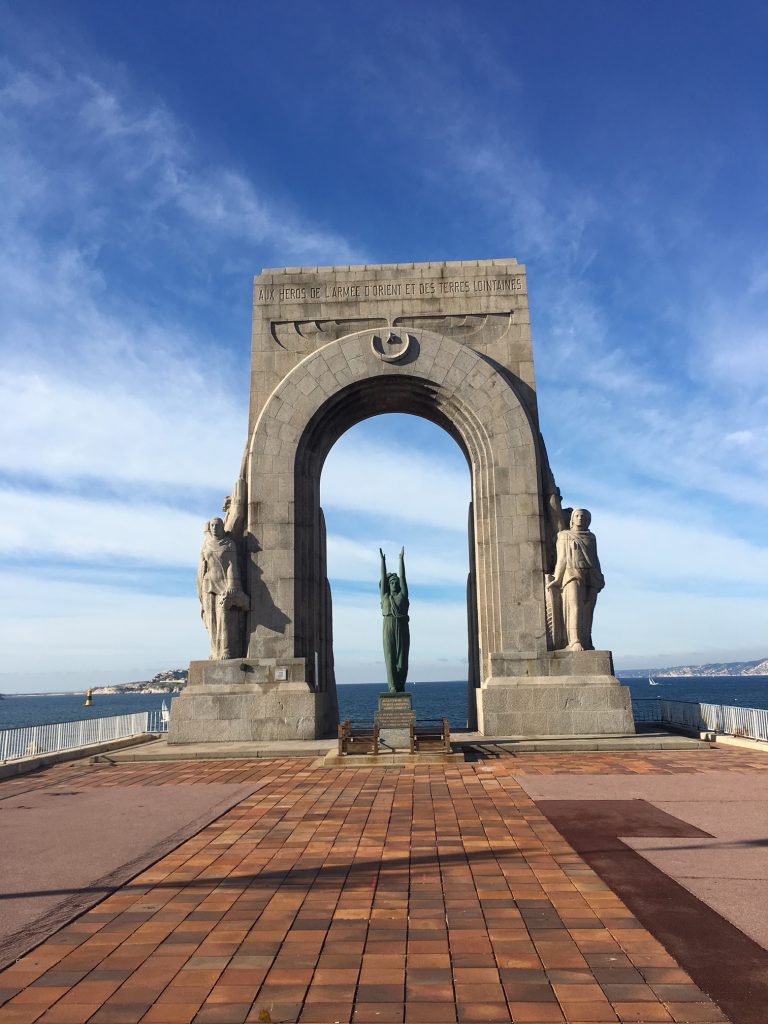 The Église Saint-Ferréol les Augustins – a small, historic Roman Catholic church – is located on the eastern end of the Old Port. Its history goes back to the 12th century, when it was owned by the Knights Templar. Abbey of Saint Victor, another Catholic church that is on the Old Port, is estimated to be one of the oldest places of worship in France. Its main highlight is the view of the Old Port from part of its towers. 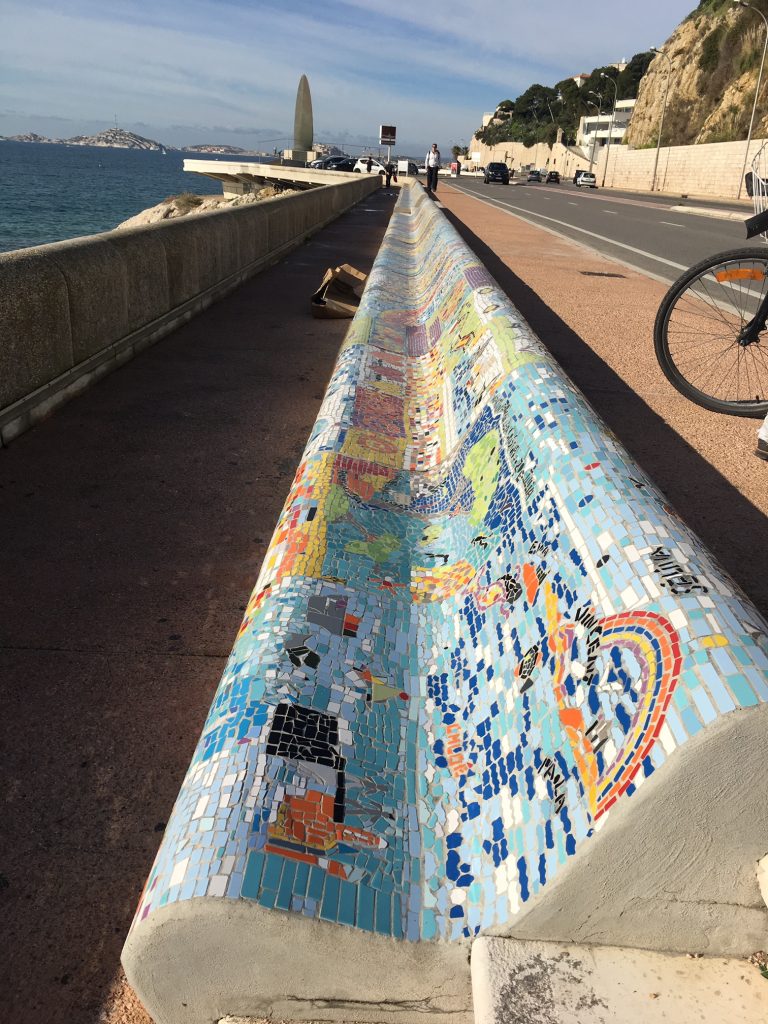 Towering in the far distance from the Old Port is the Norte-Dame de la Garde. Walking to it from the Old Port can be daunting because of the narrow cobblestone streets and steep staircases, but the walk provides different views of the city’s landscapes and history. The Norte-Dame de la Garde was built on the foundation of an ancient fort at the highest natural point in Marseille. Construction started in 1853 and ended in 1864. Its Roman-Byzantine style (eg, domes, multi-colored stones, gold) matches the area’s building projects taken on under the time of Napoleon III. It is a popular tourist destination because it provides a picturesque view of all of Marseille. 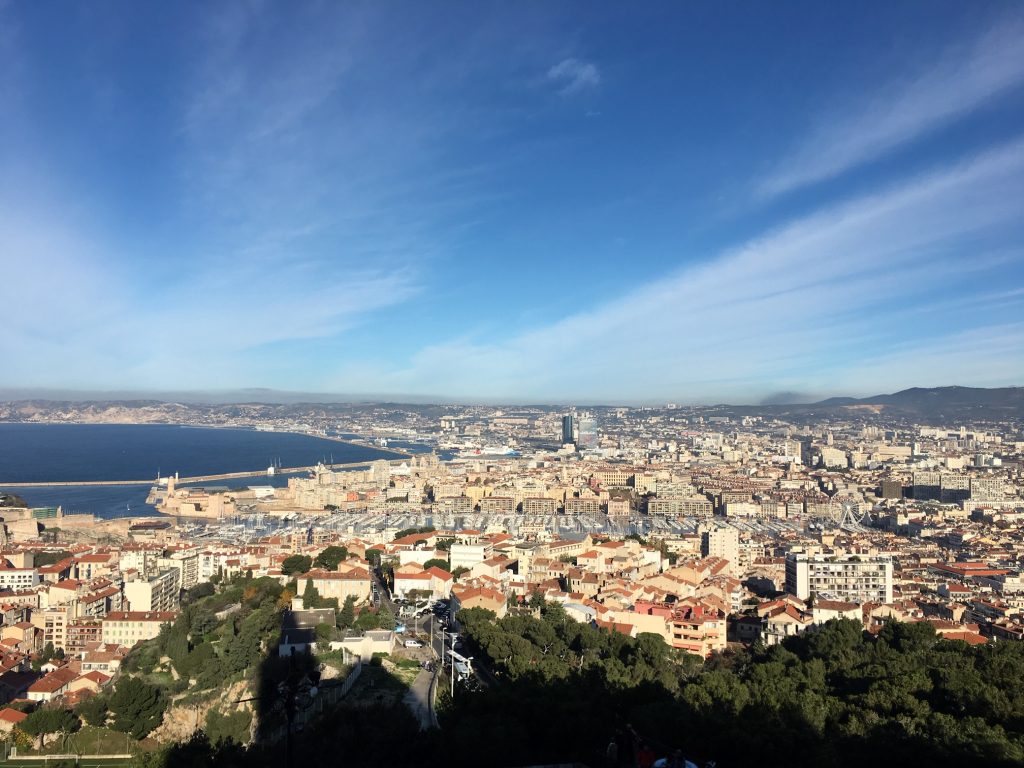 The Calanques National Park is a natural wonder with its beautiful craggy white limestone cliffs and creeks reaching high up and quickly descending into the Mediterranean Sea. It extends over 201 square miles of which only 33 miles is land while the remaining is a marine area. It is a long hike, so if you’re short on time, it’s better to take a boat trip from the Old Port.

The ledge of President John Fitzgerald Kennedy (locally called La Corniche), is the main coastal road of Marseille that begins in the heart of the city and runs along the coastline to the area’s beautiful beaches. Next to the road is the world’s longest concrete bench, which allows tourists to sit and stare into (or for locals to fish in) the Mediterranean.

Directly east of the Old Port are two neighborhoods: Noailles and the Place Jean-Jaurès, (aka La Plaine). Noailles is an area where generations of Africans settled, particularly after Algeria became a French territory in 1830 (Algeria became independent from France in 1962). The food that is often served is flatbreads and kebabs and its street markets sell olives, dried fruits, and spices. La Plaine is an area that is becoming trendy. Stylish boutiques, bars, and cafes are opening and serving everything from stiff cocktails to selling fresh fruits and perfumes.

Because Marseille is conservative, there is no gay district and seeing a rainbow flag is unheard of. However, there are LGBT bars, just not well advertised. The Play Bar is an LGBT bar located close to the Old Port, but it is tucked away in a side street and its name is hard to read from the street. The L’Annexe is a new gay bar that plays popular hits and is a great place to mingle. The New Cancan is the city’s longest-running gay dance club. It opened in 1991 and it has themed parties and live music.

Although Marseille is a great place to visit for its history, any LGBT traveler should visit with caution – and remember it is not Paris.