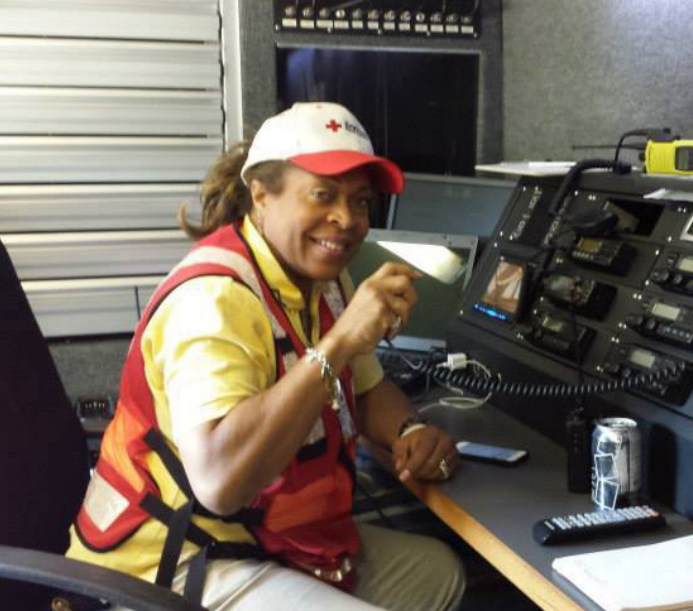 WOW, taking these words Making A Difference is My Mission, is my meaning of the word volunteer. This word volunteer is like a virus that runs through my body in a good way.

The virus I have come to know, and love is incredible, and I Love it. I hope by sharing that I can give it to you today. Once you get this volunteer virus, there is no cure for it. For years I have been volunteering since 1975, when it started with Cystic Fibrosis. Over the years volunteering just grew and grew to other volunteer service work. In 2003 with my agency I received the Willis Greene Community Service Award. The award is given to someone in our agency, for doing outstanding service work outside of our agency. I have always had this saying, “Never Forget Where You Come From and also Help Those Who Need Help”!!!

For some odd reason I tend to look for the opportunity to serve others. I have learned over the years that if I can help others and giving them joy, happiness, to see a smile on their faces, gives me so much joy. In 2004 I joined the Park Police Volunteer Association.

With them I was the president for 5 out of the 7 years, 4 of them in a row as the president. In the 7 years I received the Commander’s Award twice, and Volunteer of the Year Award twice. In 2008 at work I joined as a member of the Disaster Team. After a year because our department was so busy, I could never get a chance to help on any disasters. So later in 2008 I joined the Red

Cross as a Disaster Response Member. Throughout the years with Red Cross I was a Trainer, Emergency Response Vehicle Driver, Shelter Trailer Driver, and Shelter Manager. I also sat on three boards. In 2010 because I like helping people, I started my own business teaching First Aid, CPR & AED. In 2012 I joined a group called NorthStar Global Response, and we were going to respond to disasters International. My team and I went to Haiti to teach the Haitians on how to do Search and Rescue, and Swift Water Recue for two weeks for 50 people. In 2012 also I started speaking at events to help the Transgender Community, to find peace and encouragement that they can have a happy life. I would speak to non-transgender people to get them to understand the community. In 2019 two Transgender sex worker women were murdered, and I was asked by Prince George’s County Police if I would help try to get the women get off the streets, and I agreed to help. Right now, I do ride-a-longs with the police talking with the ladies. Now I will be volunteering with Department of Justice / Community Relation Service working with other police officers, going around the country talking with other police officers. We want to bridge the gap between the transgender community and the police. For some odd reason still, I cannot say no when asked if I will or would help. A month ago, I was asked by my church if I would sit on the church council over seeing Technology and Communication while still doing security. After I told them I wanted to pray about it, a few days later I said yes. I feel for me, “Making A Difference is My Mission,” and this is just another way of helping. I hope by me telling you my story that I have now infected you with this virus into your blood system called Volunteer!!!

kkholmes@kkholmes.com or visit my personal website at http://www.KKHolmes.com In my next article I’ll talk about “Will She Find It”. Until then Shoot for the Moon and even if You Miss, You’ll Be Among the STARS!