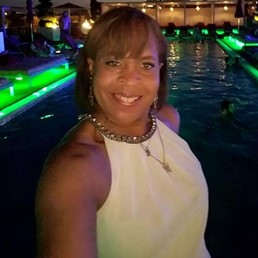 I never knew how my life would be as a woman, but it has its ups and downs. You are wondering what I am talking about, well let me take you back in time. To understand me completely I need to return to the age of 13. As a young teen boy, I started dressing up in girls’ clothes. It was awesome and I got dressed up when ever I could. It started off putting my mom’s dresses and shoes on. I would walk around the house until my parents came home and I was so happy. I am not sure how to measure being happy back then, comparing to my life today, but I am 200% happier than I have ever been. Keep one thing in mind when you read this article, I felt as a male before June 2010 I was happy. On October 1, 2010, my life changed forever for me and the journey began.

So, that weekend before October 1, 2010, I got my nails done and brought a new wig. The night before my big day I picked out my outfit to wear. Not to draw to much attention to myself I decided to wear pants, a nice top and one-inch black heels. That morning I got up extra early to get dress, do my make-up and hair. The most important thing I wanted to do was put my make-up on to be nice and subtle, not to heavy. My first week back I drove in because my mind was not ready for Metro transportation. The following week I stated to ride the metro train and making sure I sat properly on the train and caring for my purse in a way that I was not a target to be taken. The one main thing is to remember to take my purse and not to lay it down on the floor or seat. Knowing how to walk over the street crakes and always being aware of my surroundings. Trying to remember to check my car before getting in for safety reason was a must.

I have had some challenges in my life since my transition. For starters, the zipper on pants are on the other side, buttons on women’s blouses are on the other side. What use to take me 5 minutes to wash my hair, now takes me 45 minutes to an hour to wash and dry. If I go to the hairdresser, I am there four to five hours. If I go to a sporting, concert or movie event the lady’s bathroom line is out the door and down the hall. The one main thing that I never thought about is the cattiness among women on your looks and what you may wear. My first 2 weeks back to work I heard from my old boss is that a couple of the women said that my outfit look like I was going to a night club, which I never wore anything like that. I did not even wear a dress until my second month, it was always pants. A good girlfriend of mine at work said, “Do not worry, “Welcome to the Catty World”. I said to myself, “This is what I have to deal with now”! Learning now medical terms and questions I am asked as a woman. Stopping them after I have said no to i.e., being pregnant, had any children or when was my last period. The one thing I hate is my annual mammogram and having my boobs crushed. I had to learn which was genuinely nice, men opening doors for me, letting me go first through the door, and giving up their seat on Metro train. What I have not like is men thinking they know better than women and out speaking to us in meetings. When I was an active soldier as a Corporal, a Colonel tried to oversee what I was doing, but another Colonel advised him right away to say, “Corporal Holmes got this, and things are going great”. Later that day the General gave me his Challenge Coin.

After all that I have gone through in the past 10 years, I would not change a thing and I Love My Life as A Woman. You can find my TEDx or TED Talk when you Google my name. If you need to talk about anything, email me at kkholmes@kkholmes.com or visit my personal website at http://www.KKHolmes.com  Until next time Shoot for the Moon and Even if You Miss, You’ll Be Among the STARS!