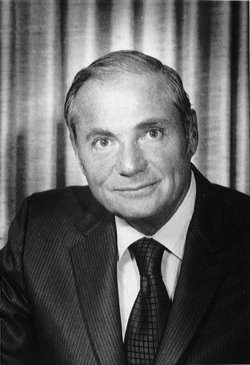 History is repeating itself 42 years later. That’s where my thoughts were as Jason and I were on Amtrak on our way to a reception at the Pennsylvania’s governor’s residence this past Monday.

Many of you often remark how joyous I am, and this week proved your point. How else to react to witnessing something that you envisioned 42 years ago once again being used to empower our community? Thanks to Gov. Tom Wolf, I had the honor to join him as he made history – or should I say, repeated history? It is a history I took part in 42 years ago in that same building, alongside another pioneering governor.

Most historians today think of my place in history as disrupting Walter Cronkite and the CBS Evening News in order to change network television, which we did way back in 1973. It was that disruption that led to what happened at the governor’s residence last Monday.

After the Cronkite incident, the media went wild covering me, since there simply weren’t many people taking the out-loud radical view I took on gay liberation.

My view was, You try every method until you break through. During all this publicity, I wrote then-Gov. Milton Shapp requesting a meeting and was more than shocked that he agreed. After all, no governor anywhere in the nation had ever agreed at that time to meet with a gay activist.

When Philadelphia Gay News’s Harry Langhorne and I stepped into the room, the governor shook my hand and said with a smile, “I saw your appearance on Cronkite.” Then he asked what he could do. Harry and I had three items:

1) Issue an executive order to ban discrimination in state government against the gay and lesbian community, as we were known at that time,

3) What I called the brass ring – create an official state commission to look into issues affecting the gay and lesbian community. The first two he agreed to on the spot, and we agreed to work with his staff behind the scenes. To the third he said, “Let me give it some thought.”

It wasn’t long until the first two steps he took created some very interesting feedback and set him on a path of being a strong ally. It took three years, but in 1976, the first official governmental body for the LGBT community in the country was announced: The Council for Sexual Minorities.

On Monday, Gov. Tom Wolf officially announced a new version of that commission, and here’s the surprise: It is the only one in the nation. So, there are 49 governors who have to step up to the challenge that Shapp – and now Wolf – have set.

Mark Segal is publisher of Philadelphia Gay News. His new memoir And Then I Danced is out now.