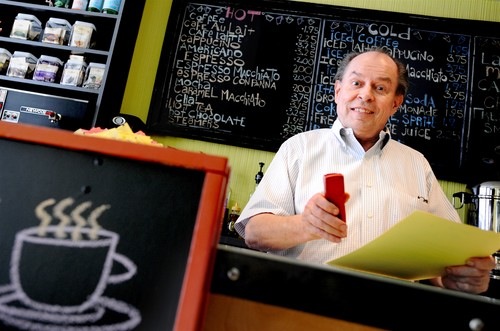 No one will ever tell you that grief feels so much like fear. Losing someone you love can be like losing one half of yourself. The pain, the emptiness, and the grieving processes can go on for months or years.  No two people respond to the same situation in the same way.  Grief is a day by day, week by week, year by year process.  You will have bad days when you feel like you’ll never recover and think that you will never function again from your loss.

Each and every one of us changes in some way after the death of someone we love. Some of us may harden; some will soften, and some will learn and grow from this tragic time in your life. We all respond differently to grief.  There is no right or wrong and these feelings may be overwhelming.  Also, there is no timetable dealing with death. For me, losing my partner Milton can feel like losing part of self. You don’t feel whole.  Your other half has gone forever.

You feel lost, while trying to learn the new roles of adapting without your partner. Whether the loss of your loved one was sudden or expected, the loss hurts.  You may have thoughts wishing you had even a better relationship, or spending more time with them.  Certain days can be particularly painful like birthdays, anniversaries, Christmas, Valentine’s Day and like today, the anniversary of the death itself.

People may feel very uncomfortable mentioning death or even being around people who are grieving. It is not only important to keep in contact with us, but to acknowledge the loss.  Don’t be afraid to talk about the deceased or mention his/her name as it is probable that the bereaved person will want to talk about it.

There are no short cuts to working through grief.  It is a difficult process which is individual to each of us. We need to work through grief in our own time, and deal with the loss of our loved one in healthy and not destructive ways. One thing to remember after losing a loved one is that death does not end the relationship. It is important to recognize the ways that he or she is still with you and honor these connections as you move forward.

Be patient. It can take months or even years to deal with your loss and accept the changes associated with losing your loved one.  Your life may never be the same now that he or she is gone, but you are an infinitely better person for having known them and richer for having been loved by them – – -Thank You, Milton, for letting me spend 41 years of our lives together.

Milton Lentz, owner of the popular Hamden restaurant Grill Art and an early Gay Community Center volunteer died on January 20, [2010] of pelvic cancer. He was 68 years old and had been living with the cancer diagnosis since 2004.

Milton operated Grill Art with Rick Roberts, his domestic partner of 39 years. They opened the restaurant in 2003 and it quickly became a favorite for its friendly atmosphere and eclectic menu of fresh quality food prepared by Rick. Milton was the ever present host. His warmth and genuine interest in his customers was central to the restaurant’s success. He made a point to visit with each table to make sure that the customers received superb service and left the restaurant fully satisfied..

Milton and Rick met in 1973 when they both worked at E. J. Korvette’s, a discount department store chain.  When the chain closed in 1980, they began a years long business partnership, first as owners of a construction company, and beginning in 1998, as the proprietors of the Stone Mill Bakery in Roland Park.  The construction company worked on many projects, large and small throughout the 1980s and 90s.  Their work designing and building several Donna’s Restaurants and their success in operating the bakery kindled an interest in opening a full service restaurant. They sold the bakery in 2003 to concentrate their efforts on Grill Art.

In 1978 the Gay Community Center opened the Gay Clinic (now Chase-Brexton Health System) in a row house rented by the Metropolitan Community Church. When the Center bought their current building on Chase Street, Milton and Rick volunteered to build the clinic’s new offices on the third floor. Without fanfare, they created a beautiful space that allowed the clinic to expand services and enhance its reputation.

As lovers and business partners, Milton and Rick were inseparable. They had season tickets to Center Stage and the Lyric and enjoyed eating out at restaurants.  They vacationed each September in Provincetown on Cape Cod.  However, they mostly enjoyed spending quiet evenings at home.  For years they celebrated their anniversary on New Years Eve spending the evening alone cooking two large lobsters.

Rick credits Milton with forever changing his life. He said, “When we met, I was very sheltered. Milton opened my eyes to my sexual orientation and introduced me to the downtown gay scene. He has left an everlasting imprint on me and will live in my heart and soul eternally.”  Rick vividly remembers the September night when they sat on the front porch of Milton’s house and pledged a life together forever.

Milton loved to read, listen to NPR, and BBC Radio. He was especially fond of classical music and the new age Hearts of Space radio program.

Milton was born in Baltimore and lived in the City most of his life. He graduated from Mt. St. Joseph High School in 1959 and attended the University of Maryland. He was drafted into the army and was stationed at Fort Knox, KY. Although he was not thrilled with Army life, he attained the rank of corporal and was a squad leader.

Milton came out as gay shortly after graduating from high school. At that time, coming out did not mean publicly declaring your homosexuality as it does today. Rather, it meant self-acceptance and openness with other gay people and perhaps a few close friends. To be identified as gay in the wider community was to invite discrimination and serious oppression.

Despite this repressive anti-gay climate, Milton was always comfortable with being gay.  As a young man he was a popular participant in 1960s Baltimore gay life. He was also friendly with many of the City’s youth. For a number of years in the late 60s and early 70s, his Christmas night party provided the perfect antidote to a day in the closet with family.

Milton was loved by many people. His candor, earnestness and sincerity enabled him to form life-long friendships. He was consistent throughout the decades—a loyal friend with no pretense.

In addition to Rick, Milton is survived by two brothers, Richard and Lawrence Lentz, a niece Stacy Lynn Jones, sister-in-law Robin Lentz, his beloved cat Cosmo and dog Molly, and many other relatives and friends. An earlier domestic partner, Michael Waugh, died many years ago. A celebration of Milton’s life will be held on his birthday, February 18, at the home of John and Jane Hagner, 4424 Wickford Road from 2:00 to 5:00 p.m. Because of Milton’s devotion to animals, Rick suggests that donations be made in his memory to the Maryland SPCA.