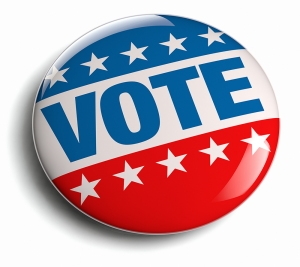 Okay, someone has to say it. We’ve survived the first year of the Trump administration, but it has done damage to both the country’s reputation and our community. And if you feel that way, 2018 is your year to correct that path.

This New Year’s, you have reason to celebrate because it is the year of resistance and you are a part of that resistance. It doesn’t matter if you’ve been to a demonstration, posted on your personal social media, or protested any of the hate-filled actions of Donald Trump’s first year. None of that counts, but your action this year is how you do count.

Let’s take a phrase that many Republicans and right-wingers like to use and turn it on them: 2018 is the year we take our country back and, to make it clear, back to inclusion and appreciating diversity. And most importantly, let’s bring back our sanity and accountability.

Now, here’s where you come in. You only need to do one thing to make 2018 a stellar year.

And let’s be even clearer. Since many Republicans have been part of this country’s debauchery and have blocked any attempt at accountability, there is only one way that can change: You need to vote Democrat for both your Senate and House races.

So, there is no confusion, the election I’m referring to is the November election, not the primaries. The situation we are in now happened because few people came out to vote. If you want to be part of the resistance, or just want a solution to this madness, make voting in the 2018 General Election your New Year’s resolution. That will make it a great 2018.