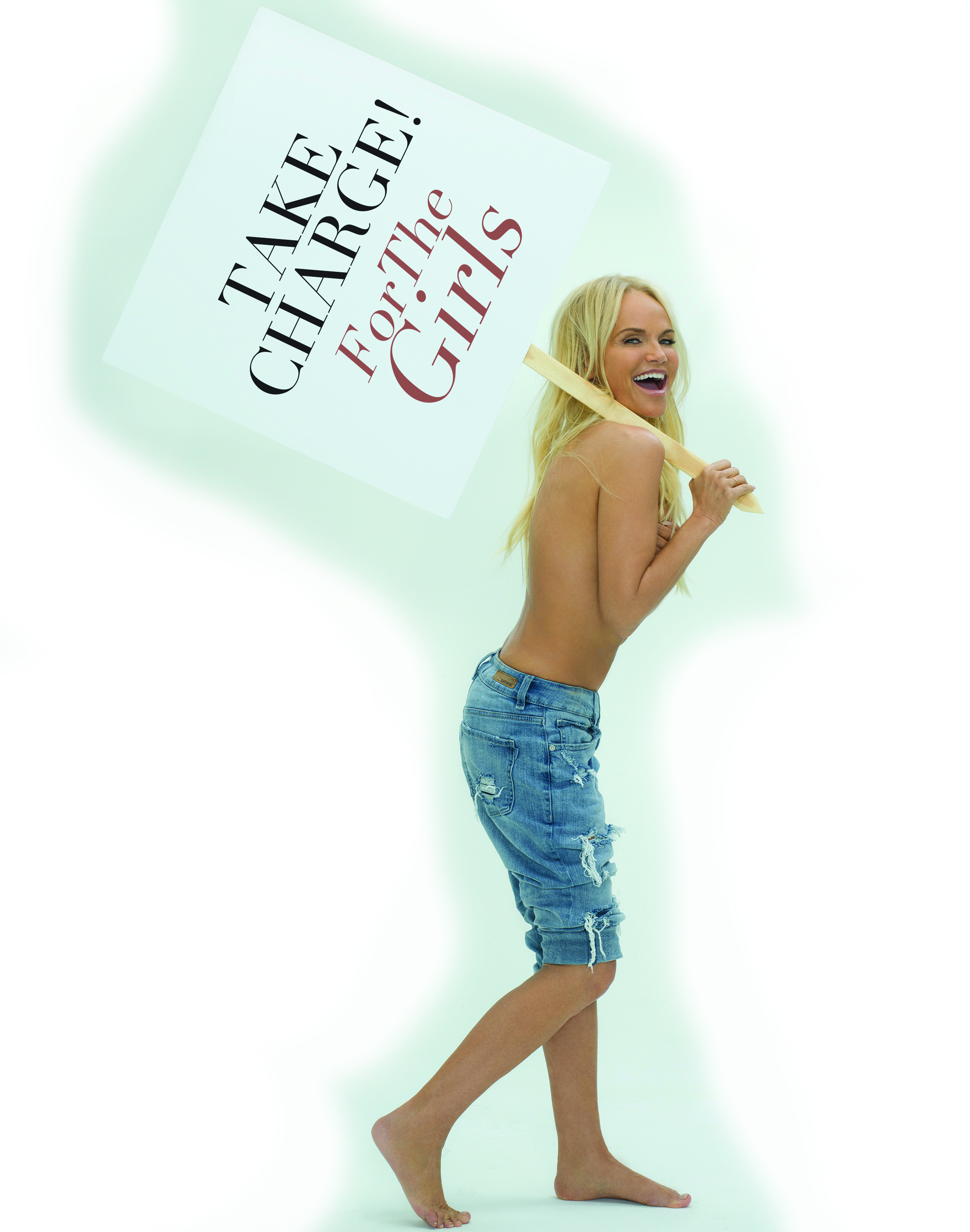 Tony and Emmy Award-winning actress Kristin Chenoweth could potentially have a Grammy Award in her sights with her new album For the Girls (Concord). On her most contemporary pop-oriented studio album in nearly ten years, Chenoweth pays tribute to several of her musical icons including Judy Garland, Eydie Gorme, Barbra Streisand, Patsy Cline, Linda Ronstadt, and Dolly Parton. Parton herself joins Chenoweth on a roof-raising rendition of the Dixie diva’s “I Will Always Love You.” Other guests joining Chenoweth on the album include Jennifer Hudson, Reba McEntire, and Ariana Grande. A longtime friend and supporter of the LGBTQ community, Chenoweth was kind enough to answer a few questions in advance of the album’s release. 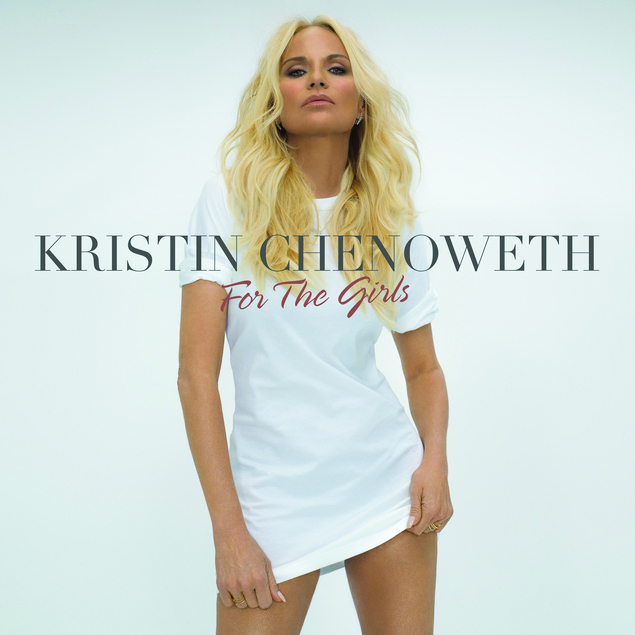 Gregg Shapiro: Kristin, the presence of Linda Ronstadt can be felt throughout your new album For the Girls, especially on songs she covered such as “Desperado,” “It Doesn’t Matter Anymore,” “Crazy,” and “I Will Always Love You.” In terms of your personal music influences, where would you place Linda?

Kristin Chenoweth: I’ve got to say that she’s going to be up there with Dolly Parton. She’s going to be up there with Judy Garland. That’s where I place her. Also, I remember when I was growing up, Linda had those Nelson Riddle albums that I wore out. She can do any song there is, and sing like that, and also do Pirates of Penzance. I was impressed with that. It was a career that I’ve always thought, “I want to be like that!” I think I’m lucky because I can do a lot of things and so can she.

Speaking of “I Will Always Love You,” you are joined on that song by the woman who wrote it, and whom you mentioned, Dolly Parton. What was it like to sing with Dolly?

Just that I could retire now [laughs]. It made my musical life very complete. Honestly, since I was a little kid, it was Dolly Parton. Mainly because I felt like I kind of sounded like her, even the way she talks, and I know she’s petite and from the South. There were a lot of things about her that I understood. I’m also honored to know her not only as an artist but also as a businesswoman. I’ve watched her and learned from her. She does not sell any of the songs she writes! She owns them. When Whitney Houston did “I Will Always Love You” in The Bodyguard – which was an amazing version as well, a real barn-burner – you go back to the original source and you listen to that. That’s what I connected with the most. And she’s never sold her music. She’s a smart lady!

She is a true genius. In addition to the Dolly duet, you are joined by Ariana Grande on “You Don’t Own Me” and Jennifer Hudson and Reba McEntire on “I’m A Woman.” How did those collaborations come to be?

Basically, I picked my favorite singers alive today and asked them to do it [laughs]. Reba and I have become closer over the past several years through our work with the Andrea Bocelli Foundation and Celebrity Fight Night. Singing with Reba and Andrea has been a real high for me. She’s also a fellow Oklahoman.

When did you first meet Reba?

I met her when I was 19, working at Opryland USA. On my night off, they asked me if I wanted to hand out candy at this event where Reba McEntire was being honored. I said, “Yes! I want to do that.” I met her and I couldn’t speak. I teased her and said, “Do you remember the girl who went mute?” She said, “Yes, I do!” I said, “That was me [laughs]!”

What does it mean to you to be able to sing with Reba?

Of course, it’s cool to get to collaborate with great singers like Reba, who has her own stamp when she sings a song. As does Jennifer! There’s no confusion there. When you hear their voices, you know that’s Reba and you know that’s JHud. I think Jennifer has one of the best voices around today. I also appreciate the fact that both Reba and Jennifer have done Broadway, as well. I always love that. It makes you feel like you’re in a club. With Ari, I just watched her grow up. She came backstage with her mom and grandma at Wicked and I gave her a wand. She said, “I want to be a singer, too!” I thought, “Well, isn’t that sweet?” And as the years have gone by and I’ve watched her grow and evolve into the biggest pop star there is, I’ve been so very proud of her.

And you and Jennifer and Ariana also did Hairspray (on NBC) together.

Yes! I hadn’t met Jennifer before, but I knew Ariana. And Dove Cameron and I have worked together a lot. I kind of view myself as a mama bear, taking care of those girls like Ariana and Dove. I want to make sure they know they’re loved. Not just for their talent, although that’s the aspect that drew us together, but for who they are. And Jennifer just blew me away with her voice!

You mentioned Judy Garland and 2019 was a big year for Judy. It’s the 50th anniversary of her passing and the 80th anniversary of The Wizard of Oz. Does that have anything to do with why you chose to include “The Man That Got Away” from A Star Is Born?

Yes. Obviously, she’s another woman that I understand what she’s doing. When I was a little girl, I said, “That’s me! I’m her!” The same with Julia Andrews. When you’re a young artist you look at other artists and you say, “I understand that.” I always understood her. Gaga had such a big success with her version of A Star Is Born, for which I was extremely proud of her. I think it’s nice to show that it started with Judy and “The Man That Got Away” in A Star Is Born, and then it went to Barbra and then it went to Gaga. I think it’s important to show how things can change, but still say the same. I went back to the original source. In a way, I did it as an homage to Barbra and Gaga, too. But it would have never even mattered if Judy hadn’t done it.

I’m glad that you included “I Wanna Be Around” on the album, a song made popular by Eydie Gorme, whom I think is one of the most underrated artists. What drew you to that song?

I’ve always been a huge fan of hers. I remember when I was little and I saw her on The Carol Burnett Show a lot. Again, I went, “I can do that. I understand “I Wanna Be Around.” There’s a part of me, and a part of all of us as humans, that says, “I don’t wish you ill, but I kind of want to be around when you get hurt like you hurt me. ‘Sit there applauding from a front row seat / When somebody breaks your heart like you broke mine.’” It also gave me a chance to do a big sultry number, like “The Man That Got Away,” too. Another lane that I like to live in. And I wanted to honor her, too. I love her and I’m sad that I never met her. Doris Day is another one of those. When I think about “When I Fall in Love” sung by Doris Day or Natalie Cole singing it with her dad, there are many reasons to sing that song.

Yes! I would love to cover them. Brandi happens to be on the top of my list right now. I’m also enjoying Maren Morris a lot. I love these girls that are writing and doing their own thing. Chely Wright is another singer/songwriter that I very much admire, that I feel has been, like Eydie Gorme, hit it big at one time, but man would I love to honor her. I would love to honor Sandi Patty, a Christian artist that everybody knows I love. She had a major impact on my singing life. Of course, there’s (also) Julie Andrews. I would love to do a For the Girls 2. I’m already thinking that way because there were so many songs that I didn’t get to do. I even want to do a Jennifer Lopez song. I really want to go there. I know when Ari and I sang “You Don’t Own Me,” of course everybody knows the version by Dusty (Springfield), whom I love very much. But I went back to the original source who was Lesley Gore. Ari does Ari and I do my homage to Lesley. On “I’m a Woman,” I’m doing an homage to Peggy Lee. I’m trying to find that line where I’m putting my stamp on it, but also paying homage to the women who did it originally.

Kind of like you and Dolly on “I Will Always Love You.”

Yes! When it first starts, you think, “Is that Kristin or Dolly?” Eventually when she comes in and starts singing and then as the song goes on, she really starts wailing, I thought, “Wow! She’s outdone herself on her own song!” I was so honored, honestly.