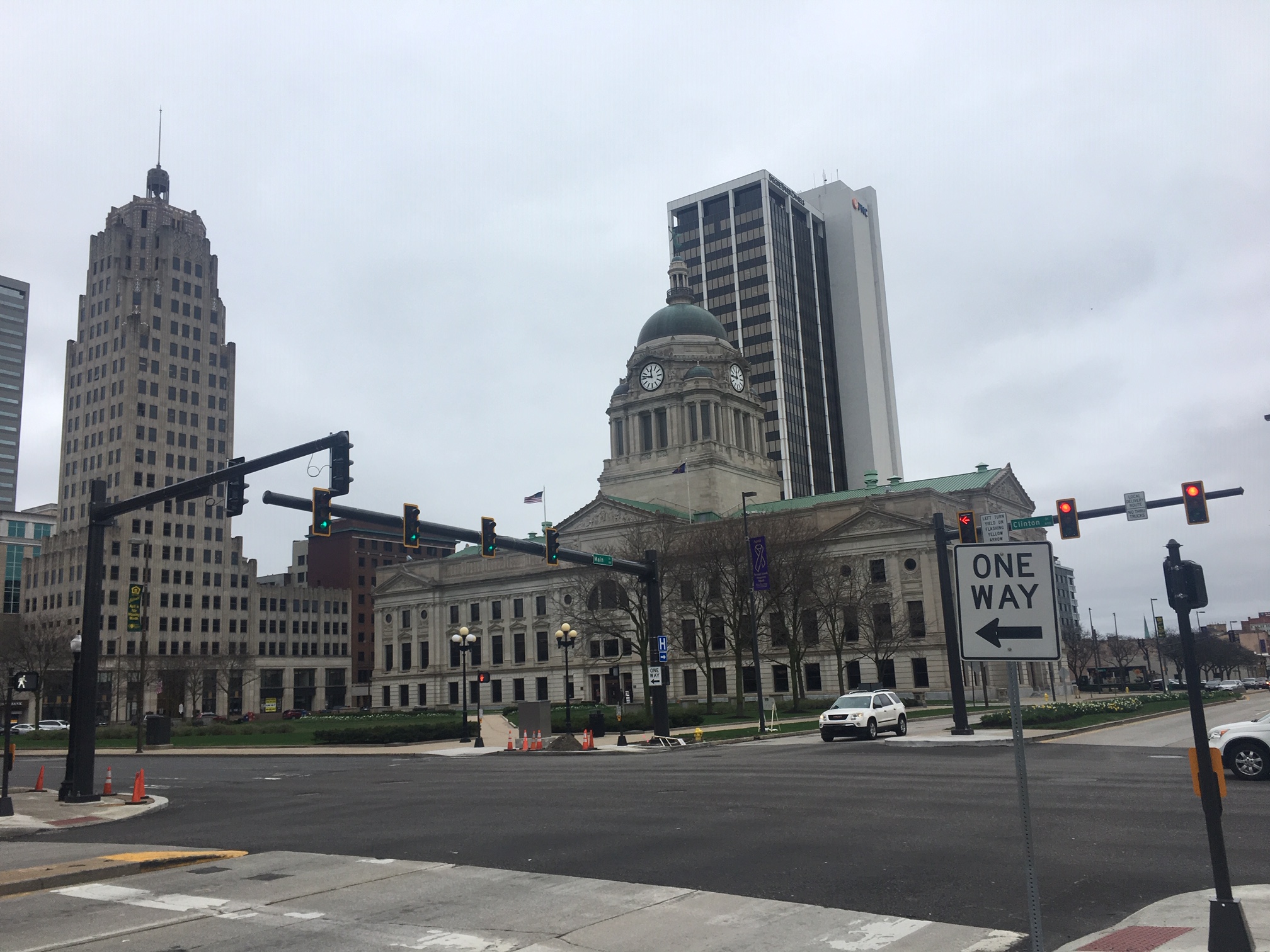 Since Reno’s motto is “The Biggest Little City in the World,” Fort Wayne’s should be “The Most Inaccessible Accessible Arts City in the World.” Fort Wayne is a hidden treasure in a conservative state. It’s tucked in northeastern Indiana and its location makes it an inconvenient pass-through destination for travelers going to Chicago, Detroit, or Indianapolis: Fort Wayne is on the way to nowhere. Its airport is small and offers few direct flights. But if you can figure out how to get there, you’ll be surprised because the city has a flourishing arts community. It offers artists opportunities to show off their talents and it offers the public opportunities to see several art shows each year. 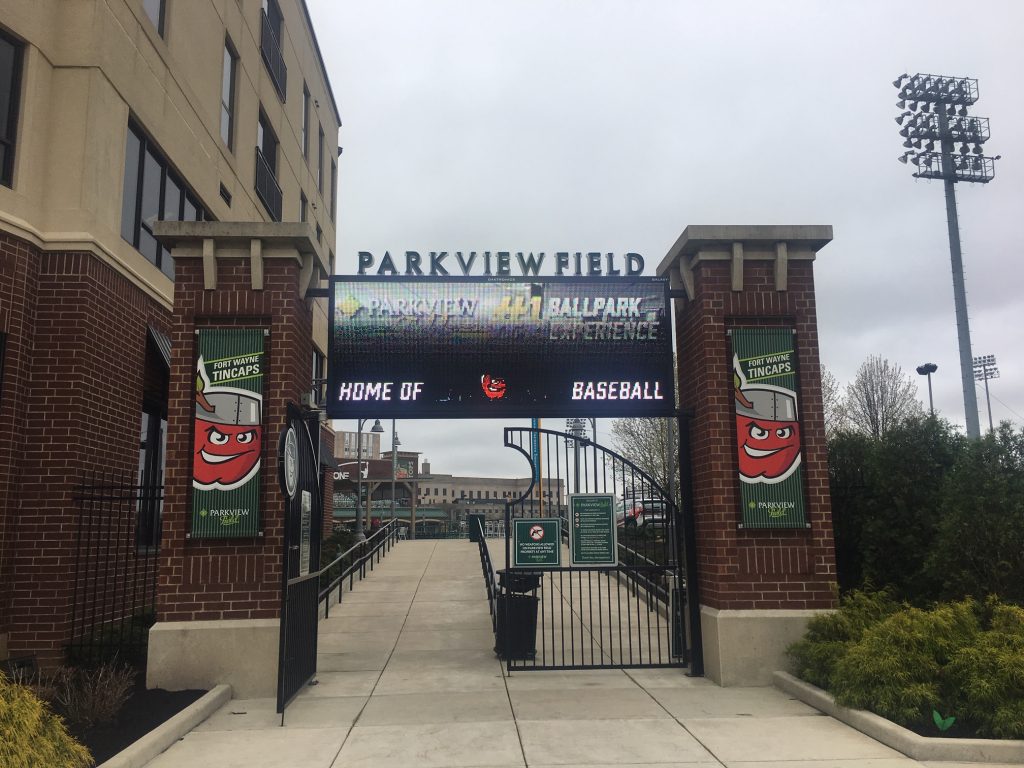 Fort Wayne loves theatre. The Embassy Theatre is a famous mid-sized theatre that hosts many popular traveling Broadway shows. It opened in 1928 as a movie palace and vaudeville house. In 1972, the Embassy Theatre barely escaped a developer’s plan to demolish it. A group of dedicated locals raised enough money and saved the Embassy Theatre, thereby also preserving part of the city’s history. In 1975 the Embassy Theatre was placed on the National Register of Historic Places. Close by is the Civic Theatre. It is located in the heart of the city’s arts district. It shows local talents in major performances that include Mama Mia, Sweeney Todd, and Chitty Chitty Bang Bang. Across the street is the Auer Center for Arts and Culture. It hosts ballet and dance performances. You’ll see performers twist and flex their bodies in mind-blowing positions. Also, the city has the Arena Dinner Theatre, a small community theatre that offers experienced and novice actors’ opportunities to perform. 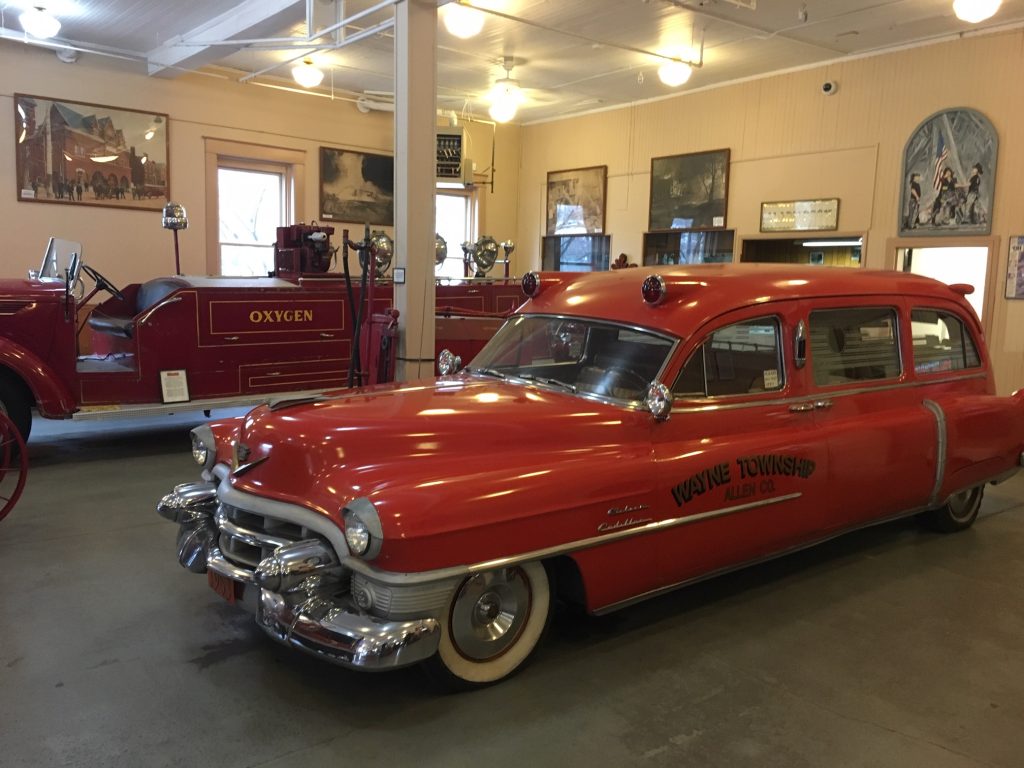 Fort Wayne has wonderful and unforgettable exhibits. The Fort Wayne Museum of the Art is a place with both traveling and permanent exhibits. A recent exhibit detailed black and white photos of San Francisco’s homeless elders showed their glassy eyes, dirty and old wrinkled clothes, and visible physical disabilities. Next to the pictures is their names and stories crammed onto index-sized cards. There are other photographs that capture abandoned factory towns where life once thrived. Near that museum is Artlink. It is a gallery for emerging artists and art forms. It provides locals with opportunities to display their works. Castle Gallery is a three-story historic mansion that is transformed into a place that displays beautiful paintings of all types. It’s run by a family, so it’s not unusual to see their family’s pet collie lie on the entrance rug. 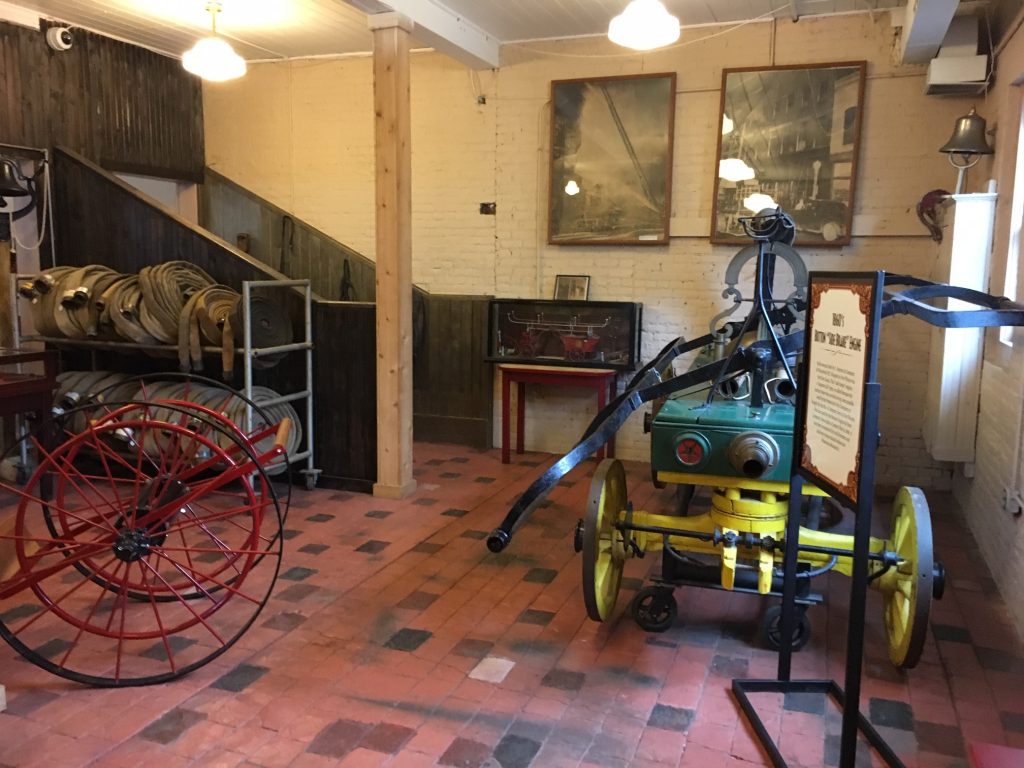 Fort Wayne preserves its history. The Historic Old Fort is a reconstruction of a historic fort with living history exhibits and demonstrations. Local volunteers wear costumes that resemble what soldiers wore when the area had an active fort. The Fort Wayne History Center is located in the old city hall building and it maintains a collection of more than 26,000 artifacts, documents, and photographs of the area. In the basement is the city’s famous old jail that remains intact for visitors to see how people were treated upon being arrested. The city’s Firefighters Museum is located in the old firehouse and it is filled with old firetrucks, manual water pumps, and old firefighter gear. These displays show the evolution of firefighting equipment and how dangerous fighting fires is no matter what equipment is used. The African-African American Historical Society Museum preserves local articles and collected treasures. It also touches on the historic struggles and treatment that many in the African-American community faced in the northern Indiana area. Unlike an east coast city, Fort Wayne lacks a diverse population, so this museum is very important to Fort Wayne to show differences. 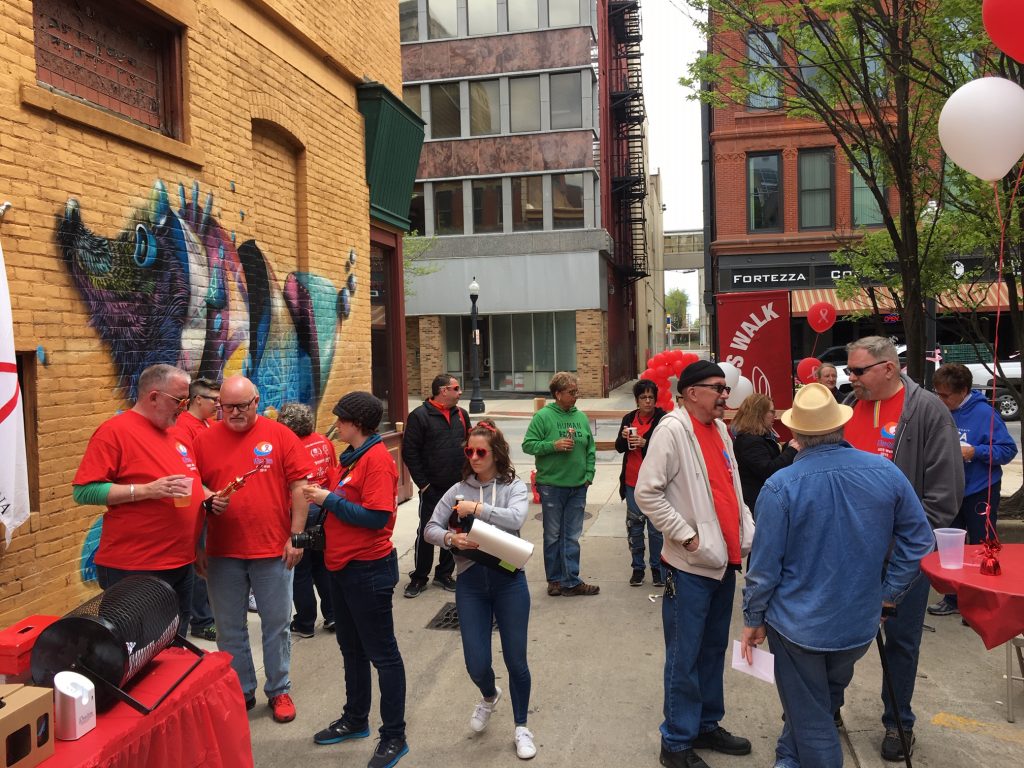 Fort Wayne has a decent-sized LGBT community, some of whose members belong to a decades-old tight-knit LGBT group. In 1986, a group was formed to assist locals living with HIV. Over time, the group grew to become the Positive Resource Center. Each year, it sponsors an AIDS walk. Also, like many other cities, its LGBT gay bar scene is dwindling as most bars become more accepting. After Dark is the city’s last gay bar, a two-story venue with a dance floor, video bar, stage for drag queen performances, and a basement bar to socialize. There is a Fort Wayne Pride. 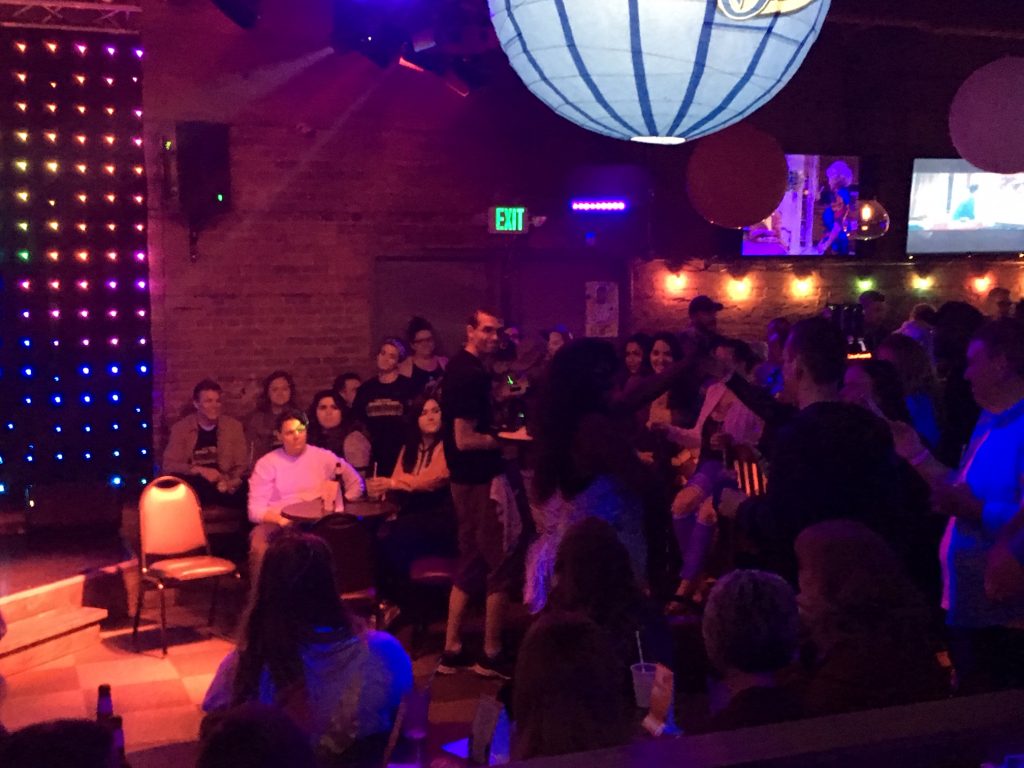 So if you’re into arts, interested in showing off your work, or just want to explore somewhere cool, Fort Wayne is the place.