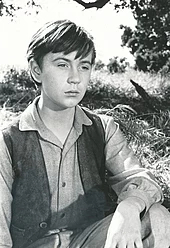 Las Vegas, NV – David Reddish reports for Queerty that Tommy Kirk, the child star of classic Disney films Swiss Family Robinson and Old Yeller has died. He was 79 years old. Kirk rose to fame as a pet project of Walt Disney himself, who cast Kirk in the original TV series The Hardy Boys, part of the popular show The Mickey Mouse Club. The popularity of the show made Kirk into a household star, as Disney used him as a host for newsreel specials for the show. Kirk attended both the Democratic and Republican conventions in 1956 and hosted two travelogue episodes. Kirk became a bonafide movie star in 1957’s Old Yeller, which became a smash hit for the Disney studio. It remains a cult classic to this day. He followed up with the hits The Shaggy Dog and Swiss Family Robinson, as well as The Absent-Minded Professor and Babes in Toyland. 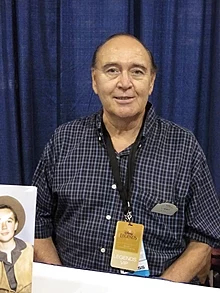 In 1963, Kirk’s career hit the skids. The actor would later recall that he knew he was gay from a very early age, and how tortured he felt throughout his teen years. “I consider my teenaged years as being desperately unhappy,” Kirk recalled. “I knew I was gay, but I had no outlet for my feelings. It was very hard to meet people and, at that time, there was no place to go to socialize…When I was about 17 or 18 years old, I finally admitted to myself that I wasn’t going to change. I didn’t know what the consequences would be, but I had the definite feeling that it was going to wreck my Disney career and maybe my whole acting career. It was all going to come to an end.”

Kirk was right. In 1963, the 21-year-old Kirk began a relationship with a 15-year-old boy. When Disney learned of the affair, he personally fired Kirk. Tommy then began taking a series of roles in B-pictures, before a drug arrest for marijuana in 1964 further slowed his career momentum. He said that he fought addiction in the 1960s, which made it harder to have a career at the same time. By 1970, he bid showbiz farewell, taking a job as a busboy, and later opening a carpet cleaning business in Los Angeles. He took occasional acting roles over the next five decades, but lived a very private life. In 1990 he said he was poor because he “made a lot of money and I spent it all. No bitterness. No regrets. I don’t blame anybody but myself and my drug abuse for my career going haywire. I’m not ashamed of being gay, never have been, and never will be. For that I make no apologies. I have no animosity toward anybody because the truth is, I wrecked my own career.” (Queerty – David Reddish at https://www.queerty.com/classic-disney-star-tommy-kirk-died-gay-cost-career-20210930?utm_source=Queerty+Subscribers&utm_campaign=e1a05415b8-20210930_Queerty_Newsletter&utm_medium=email&utm_term=0_221c27272a-e1a05415b8-431876119 & Wikipedia)