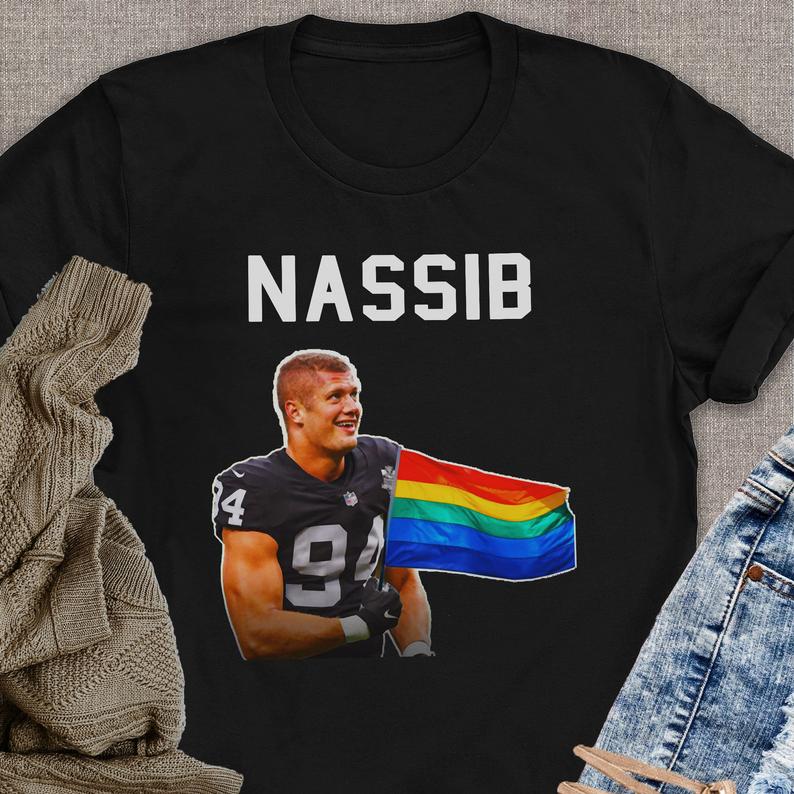 Philadelphia, PA – West Chester, PA native Carl Nassib’s coming out this week has been applauded by both the LGBTQ community as well as the NFL. His June 22 video on Instagram, which begins, “I just wanted to take a quick moment and say that I’m gay,” made history; as a defensive end for the Las Vegas Raiders, he is the first openly gay active player in the league.

Nassib, who describes himself in the video as “a private person,” did not have a press conference, and he did not grant PGN’s request for an interview. However, that all may be to his credit. The athlete made his announcement and really does not need to discuss his sexuality further. His teammates and coaches were likely aware of Nassib’s decision to come out — their support was acknowledged in Nassib’s remarks — be he avoided the media blitz and planning that many such announcements have had.

The reactions have been almost uniformly positive. The NFL matched Nassib’s $100,000 donation to the Trevor Project, the organization that focuses on suicide prevention among LGBTQ youth.

“It’s momentous,” said Jim Buzinski, co-founder of Outsports.com, in a recent phone interview. Buzinski, who broke the story on the website, continued, “It helps destroy the myth that gay men are not macho enough to play sports like football, or that a sport like football would not be accepting. He’s been accepted by everybody. It’s just fantastic news.” James Franklin, Head Coach at Penn State Football, Nassib’s alma mater, issued a statement that read, “I am very proud of Carl for his courage and voice. This announcement doesn’t surprise me because if you know Carl, you know his strength. Carl’s story continues to add chapters which will have an impact well beyond the field of play… Carl’s brave announcement will forge a path for others to be true to their authentic self. I was proud of Carl when he led the nation in sacks, but I’m even more proud of him now.” We will see how Nassib fares when the NFL season starts this fall, but right now, he is a hometown hero and the league’s MVP. (Philadelphia Gay News – Gary Kramer at https://epgn.com/2021/06/25/west-chesters-carl-nassib-becomes-first-active-nfl-player-to-come-out/)