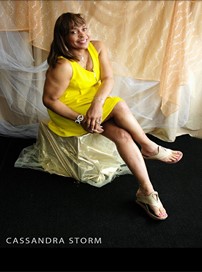 The day I transition and the fear that crossed my mind weather I would I be accepted with the public. The question I believe every Transgender person thinks about when they walk out the door is will, I be spotted, and the word we use is clocked. The public can be a cruel world for us if we do not pass, and it can also be rough once someone finds out who is Transphobia. I remembered my first time out in public and I feel I was incredibly lucky to have passed to most people I may have met. I feel being able to pass helped a lot in my favor, my voice, no Adam’s apple, and my height worked in my favor. For some, they must go through so much to be themselves by having facial feminization, body sculpting, tracheal shave, breast augmentation, female to male top surgery, hair grafting, etc. To some Transgender people Gender Confirmation Surgery may or may come later, which is up to that person. No matter what a Transgender person want to live the life they are meant to be. Why should anyone take that away from us. We are not hurting anyone; we just want to be happy.

I feel that once you transition full-time you really need to be positive in who you are and to give yourself the time it takes to be you through hormone therapy. Some transgender people expect that they will look feminine or masculine in a month or two, but some maybe blessed to look the way they want.

Some Transgender people from male to female have lost respect from senior management on their job with the training they know. Not being asked to be at the table and taken seriously for what they know now being a woman. Some transwomen have been overlooked for jobs and or promotions. I feel as a Transgender woman that they add to a job description that you may not meet, only to keep you at a low-level position. Knowing how to lead people through your skills, they do not allow you much time to build on it.  You have a specialty in a field you like and want to do. Managers I feel do not give you the time to be the best at your field, while giving you more other work to do. The thing is to accept us for our skills and not hold us back for living our authentic self. Just because we transition, we still have the skills that we did, and we did not lose them just because we transition. I guess some people fill that once we transition, everything we know and learned is gone.

Sometimes people learn of our past from male to female, and they think we still carry the same traits and strength of a male. I cannot answer for all transman, but I feel it is the same, that they are still weak physically and emotionally. The mission for each Transgender person is to let and show non-Transgender people know that we are not what you may see or have heard on the Jerry Springer show. Our mission is to change the minds about who we are, and to hopefully gain the respect of who we are being Transgender. We need your help to be our advocate, a strong advocate to help change people’s mines, and to respect us and give us a chance in this world. We want to be happy and do things on our own without the help from government. Will you help us, and will you take up the fight with us? For me I am like this pebble that has been tossed in the water. I hope that my story will have a ripple effect in changing lives for the best.

You can find my TEDx Talk when you Google my name. If  you need to talk you can email me at kkholmes@kkholmes.com or visit my personal website at http://www.KKHolmes.com  In my next article I’ll talk about “The Truth, Set Me Free”. Until then Shoot for the Moon and even if You Miss, You’ll Be Among the STARS!