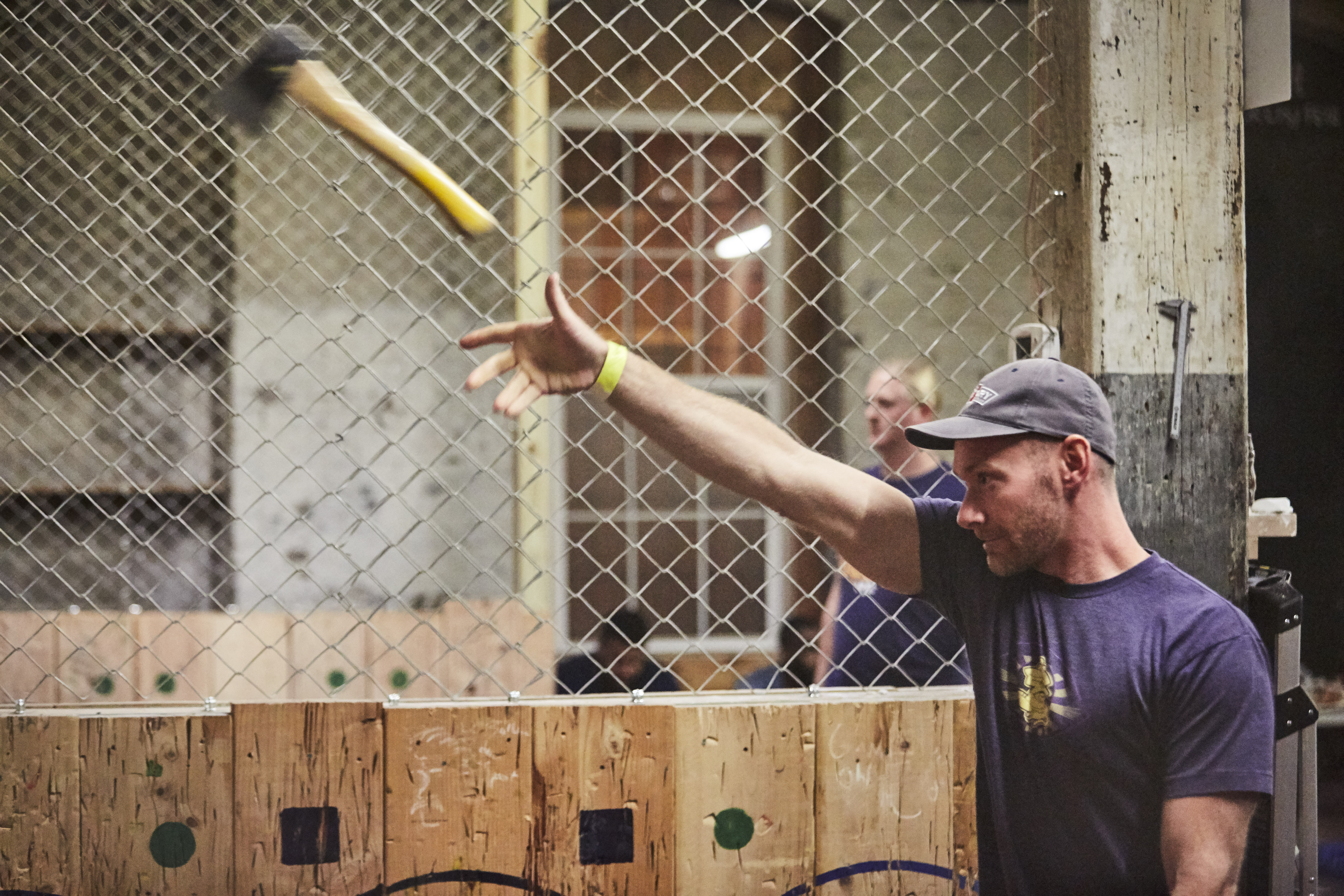 “Taking axe throwing out of the woods and into the bright lights of the city.”  That is the aim of the newest social trend to hit Baltimore – Urban Axes.  The company’s third location will be opening later this month to the delight of Charm City residents.  By mingling axe throwing and the social interaction of a happy hour, birthday celebration or general fun event, Urban Axes has brought a fresh spin on a fun night out on the town.  Baltimore OUTloud recently chatted with Krista Patton, co-founder of Urban Axes, who discussed the uniqueness of axe throwing, the safety measures taken for all visitors and why Baltimore was a prime choice to open a new location.

Krista Paton: Today people don’t have anything like this, something that allows them to get to their primal roots in an urban environment. Axe throwing may or may not be something you want to do, but then once you do it for the first time you get this rewarding sensation that you may not often get in the normal hustle and bustle of urban life.

Why do you think Urban Axes is such a great fit for Baltimore?

One thing we really like about Baltimore is that it’s an “underdog” city. Philly is another example. In both cases, the people that live there are really proud of their cities. We like the vibe. We wanted to bring Urban Axes here for that reason. Now living in Baltimore, it seems that people are always looking for something fun to do with their friends and co-workers. Urban Axes is exactly that place that fits that need.

People seem to raise eyebrows when they hear there is a social drinking activity that involves axe throwing. What safety precautions have Urban Axes put into place to make this a fun and safe activity?

First, in relation to alcohol, all our people are trained in the responsible service of alcohol. They’re able to identify anyone that has had a little too much. We are strictly beer and wine only. No liquor. Our event is only two-and-a-half hours, in which we teach throwing, everyone playing two-on-two, and then a bracket competition. So, there’s so much going on that it would be difficult to become overly intoxicated. Second, in terms of safety, there is one coach for every two throwers. We give throwing instructions before you throw, and the coach is with you the entire time. The third thing is our facilities are built to National Axe Federation (NATF) standards, and that looks at fencing, spectator barriers, and the lane spacing to make sure that we are doing everything in the safest environment possible.

Could you tell our readers a little about how this idea began?

So, the idea all started in Canada, and a group of friends went camping and started throwing axes. They thought, “This is awesome.” They set up a target in their backyard and invited friends, and it all started as a backyard league thing. We then brought this concept to the US. I was living in Canada at the time and was invited to a facility there. That was the birth of Urban Axes. We’ve been around since 2016. We’re in Philadelphia, Austin, and now Baltimore. Coming soon we will be opening locations in Boston, Durham, and Cincinnati.

What would you say to someone who says they have no athletic skill at throwing axes?

I would tell them that we can teach anyone how to throw an axe. It’s not about strength and this isn’t about being athletic. We have a range of people who come out to throw. We have people in wheelchairs. We have 75-year-old men who have gone as far to have win their group’s championship. Tiny old women come out to throw. Anyone can do this this! Just give us the chance to work with you and we can teach you how to throw an axe.