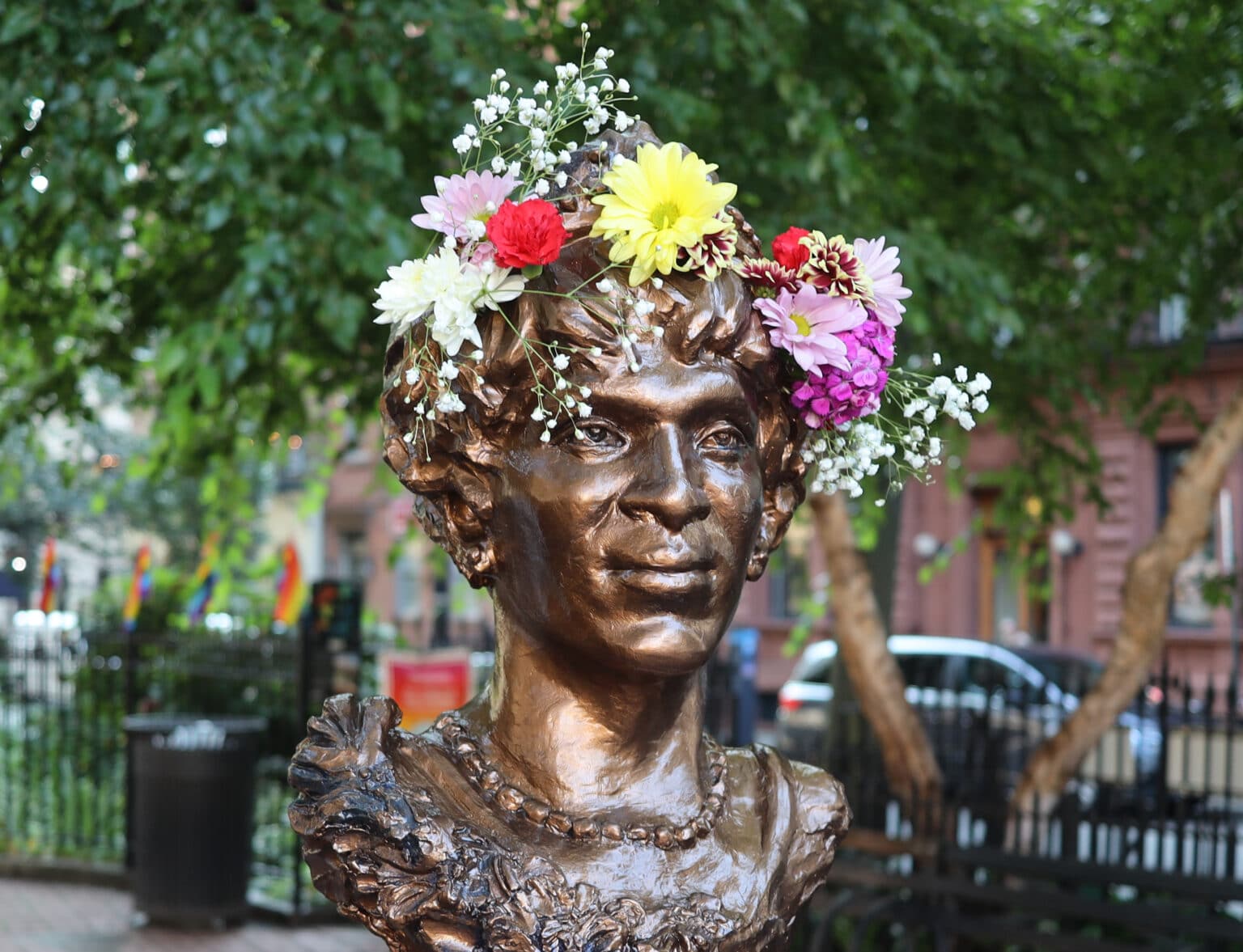 New York City – Lily Wakefield writes for Pink News that Queer activists have put up a bust of Marsha P Johnson in a New York City park, after waiting several years for the city to deliver a promised monument. Johnson was a founding member of the Gay Liberation Front and co-founded the Street Transgender Action Revolutionaries (STAR), which was dedicated to helping homeless queer youth. Although she was not present when the Stonewall riots began, she was instrumental as the uprising continued, and fought tirelessly throughout her life to advance the rights of the LGBT+ community. The city announced in May 2019 that Johnson and her STAR co-founder Sylvia Rivera would be honored with a monument in New York, but in the two years since, the project has not been completed.

On Monday, August 24, which would have been Johnson’s 75th birthday, a group of New York activists took matters into their own hands. Sculpted by queer artist and sex worker Jesse Pallotta, a bust of Johnson was put up in Christopher Park, nearby to the historic Stonewall Inn. Writer, activist, and public speaker Eli Erlick shared photos of the bust on Twitter, and wrote: “Happy birthday, Marsha! Early this morning, a group of friends and I put up this bust of Marsha P Johnson in Christopher Park. “It’s the city’s first statue of a trans person and – shockingly – only the eighth statue of a historical woman out of 800 monuments in NYC parks!” She added: “You can put flowers in the crown openings, take pictures with her, and celebrate Marsha’s revolutionary activism… I hope this bust can bring a smile to every passerby.”

The plaque on the bust’s plinth is engraved with a quote from Johnson herself: “History isn’t something you look back at and say it was inevitable, it happens because people make decisions that are sometimes very impulsive and of the moment, but those moments are cumulative realities.” On the decision by the group to put up a monument themselves rather than wait for the city, Eli Erlick told CNN in a statement: “We cannot stay idle and wait for the city to build statues for us. “We must create representation by and for our own communities.” However, Erlick sculptor Pallotta insisted the statue was “only designed to be temporary,” and that they still want the city to complete the planned monument for Johnson and Rivera. (Pink News – Lily Wakefield at https://www.pinknews.co.uk/2021/08/29/marsha-p-johnson-new-york-monument-christopher-park/)