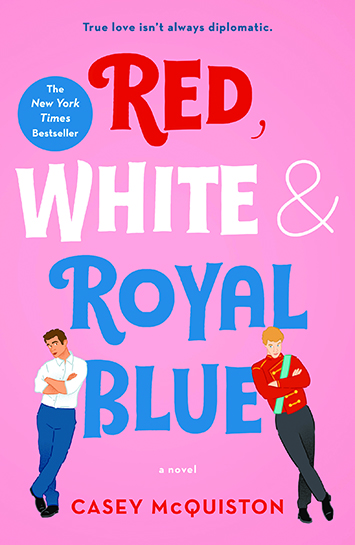 Beloved writer James Baldwin once said, “Everybody’s journey is individual. If you fall in love with a boy, you fall in love with a boy. The fact that many Americans consider it a disease says more about them than it does about homosexuality.” Writer Casey McQuiston’s debut novel Red, White, and Royal Blue is a fabulous blend of American politics and the British royals, peppered with just the right amount of scandal while exploring the taboo relationship between the progenies of two world powers. The New York Times bestseller follows Texan-native Alex, a fictionalized First Son, who finds himself in a fight with Henry, the prince of England, and is forced to befriend him for PR reasons, developing romantic feelings for him along the way.

Baltimore OUTloud recently had the pleasure of chatting with McQuiston about the inspiration behind her gay romantic comedy (“rom-com”) and the importance for sharing these stories with readers. 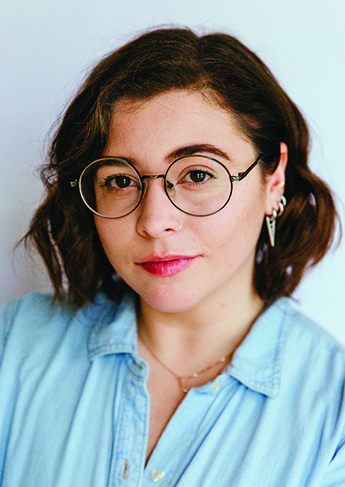 Frankie Kujawa: What inspired you to write this book?

Casey McQuistion: It was early April 2016 when I came up with the idea for this story. At the time, a new season of “Veep” had just come out and I was reading The Royal We (by Heather Cocks and Jessica Morgan), as well as a really dry Hillary Clinton biography. All of the media I consumed that month happened to be in these really high-profile and super closed-door worlds where we see everything these people do and nothing they do. I was fascinated about the idea of doing a rom-com within those worlds and I couldn’t pick which one I wanted to do. Suddenly I was driving one day and thought, ‘Wait! I could do them both if I do it this way.’ On a more meta-level, I’ve been a huge rom-com fan my whole life. (Laughs) I’ve also been a huge queer my whole life. Even before I knew what was going on with me, I was always like, ‘Hmmm, there’s something that I don’t see reflected about myself in these movies that I love.’ They’re escapist and they’re fun and wonderful, but there was something else I always felt like could be brought to it. Now, my mission statement as an author and what I want to do and keep doing with my work is these big, fairytale, fun, upbeat romantic comedies that center around queer people. I want to give these stories the same kind of rom-com treatment as any other type of love story.

Your book captures the essence of an gay relationship without super-sexualizing it.

It was definitely a conversation I had with myself. I look at other contemporary romance and rom-com novels out there and most of them have sex on the page. On one hand, I didn’t want this book to be hyper-sexual because I think a lot of depictions of queer people, especially queer men, are really hyper-sexual in the media. I felt there’s a lot more to these relationships other than that. But, then at the same time, I thought that if I didn’t have it on the page, it was saying it’s less fit to print than any kind of straight romance novel would be. And I didn’t want to do that, either. So, I was striking this balance of having it there and not being gratuitous about it. I don’t think there’s any love scene in the book that’s just there to be smut. Every one of those scenes drives both the book and Alex and Henry’s relationship forward. I wanted to write this book in a way that felt very passionate and real. Something that really got into the physical and emotional connection of Alex and Henry.

Who or what was your inspiration for Alex and Henry?

Alex and Henry really weren’t based on anyone in particular. They were drawn from tropes. Henry, to me, I viewed him as a subversion of the classic Prince Charming trope. Strong, stoic, handsome, chivalrous, all these things that are all just surface level. What’s going on underneath of him? Why does he act like this in public? What’s his real deal? I found it interesting to then make him very sensitive and intellectual. A “complex dude” that is using the expectation of chivalry and perfection as a mask. Alex is, selfishly, very much like me. Alex has my same moon and rising sign. I’m originally from Louisiana and grew up around a lot of people from Texas, where the character of Alex is from. He’s inspired by a lot of Texas guys I’ve known in my life. I loved the idea of this rebellious First Kid trope.

In your opinion, given today’s political climate why is it so important to tell stories like this for the LGBTQ community?

It would be really nice to pretend that everything is fine. That I’m just writing stories because they are fun and come from my heart, and all of that. But the truth is, you know, we have a vice president who would love for me to be electrocuted until I said I was straight, you know? I think the reason that rom-coms are having a big resurgence right now because we’re all really sad all the time. I saw this tweet this morning that said that it’s crazy how every morning we wake up to this deluge of world-ending terrible things and then we have to put on pants and go to work. It’s really important for us to have some escapism, but more than that, for the escapism to look like you and the people that you love. It’s not enough for us to have rom-coms where the story and everyone in it looks like the people that’s at the top of the power chain, oppressing everyone else. That’s not escapism anymore, it’s reinforcing a status quo that makes your life suck. That’s why diversity in rom-coms is such a huge thing right now. It’s really what we need in our hearts right now.

Update: In spirited bidding, Amazon Studios recently won an auction for the rights to McQuiston’s novel. Writer Ted Malawer is set to adapt and Berlanti Productions will produce. Amazon prevailed over bidders that includes Village Roadshow, Paramount, and Warner Brothers. Follow Casey McQuiston on Instagram at casey.mcquiston and on Twitter at @casey_mcquiston