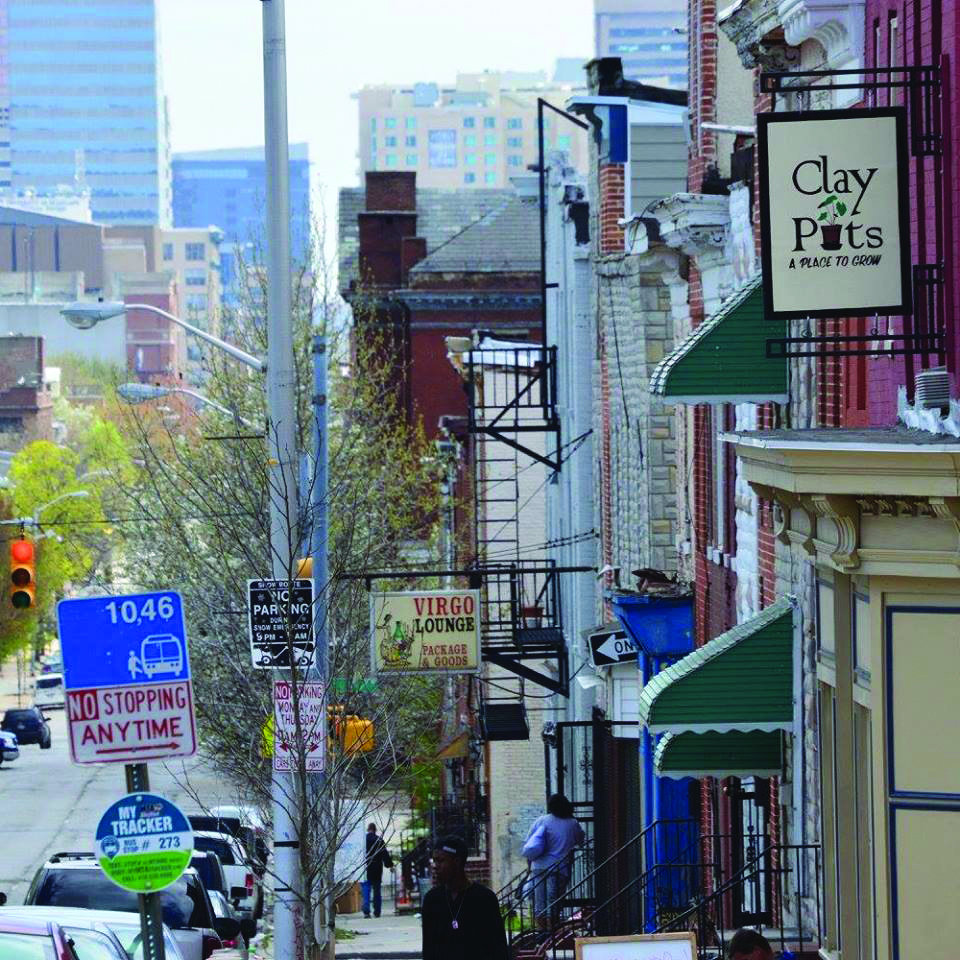 On Sunday, June 23rd during a reception to show appreciation for a diverse group of volunteers, center director Dwayne Hess was kind enough to offer this writer a personal guided tour of Clay Pots, a community center located at 1635 West Pratt Street in southwest Baltimore.

Founded in 2002, Clay Pots fills what was once an old corner store and a neighboring rowhouse. There is a large gathering space, kitchen, classrooms, computer lab, and even an art gallery. The third floor, which has not yet been rehabbed, will provide even additional classroom and meeting space. Although it is a wonderful old building, the real magic of Clay Pots is in the energy and spirt of the organization’s many volunteers, who represent a real cross-section of Baltimore in age, race, and sexual orientation.

Clay Pots is a safe space that provides a place to grow not just for residents of the Hollins Market area neighborhood, but is welcoming to anyone regardless of age, income, or residence. Clay Pots offers GED classes, ESOL classes (English for speakers of other languages), wellness workshops, job coaching and support, and recovery support groups. It’s also just a nice place to relax.

Clay Pots is a nonprofit 501c3 and will be hosting its “White Napkin Affair” fundraiser on Saturday, September 28th from 6 to 10 pm. To learn more about Clay Pots visit Claypotsbaltimore.org, find them on Facebook, or call 410-233-1133. With all that’s going on in the world today, everyone can benefit from a safe place to grow. Clay Pots is that place