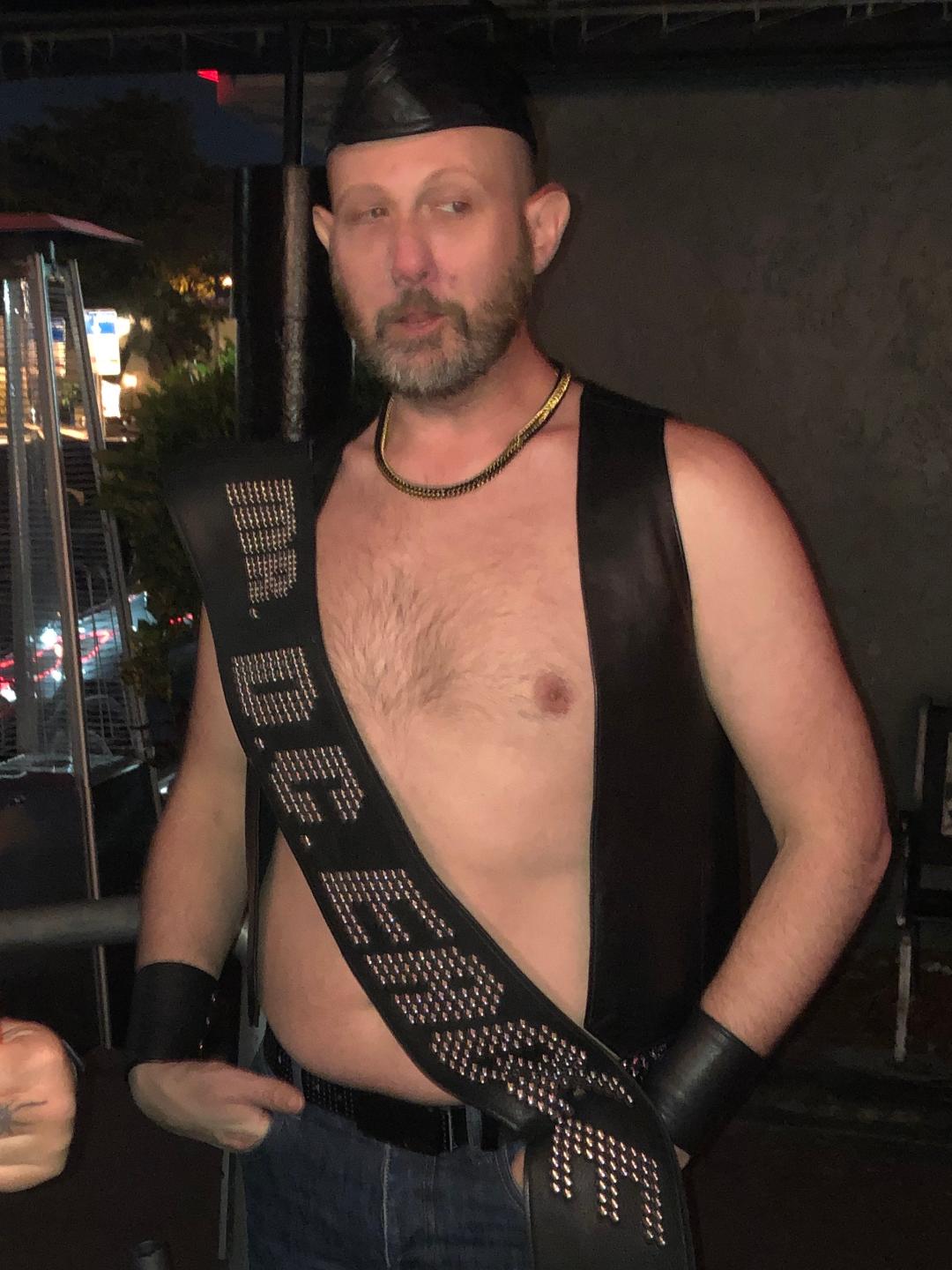 On February 28th I was on vacation in Ft. Lauderdale, Florida. It was a beautiful Friday evening and the bars in Wilton Manors, the popular gayborhood, were hopping. I had enjoyed happy hour at Hunter’s and was having dinner at the Garden Café across the street next to the Eagle Wilton Manors, when I saw Mr. DC Eagle 2020 Justin Sawyers walk by the window. I had been to the Mr. and Ms. DC Eagle 2020 Contest in November and had seen Justin at other events since then. After dinner, I was happy to greet him and several other leather titleholders who I knew who were also in town and checking out the newest Eagle bar. It was a magical evening that now seems a lifetime ago.

A lot has happened since that happy night in February. COVID-19 arrived and brought death, closed businesses, cancelled events, and months of isolation. Even the DC Eagle announced on May 4th that after 48 years the bar was closing permanently bringing the longest running leather title to an end. I saw Mr. DC Eagle 2020 Justin Sawyers next on October 29th. This time his smiling boyish face was on my telephone via FaceTime. He was now a bar titleholder without a bar. Hearing about his leather journey brightened a dark rainy day. For an hour I almost felt again like that carefree person who was on vacation in Florida.

Born and raised in Houston, Texas, Justin had a happy childhood with a mother who was a bartender in a honky-tonk and a father who was a rodeo clown. When he was ten his mother took him to a biker rally and while holding onto a biker for a ride, Justin realized that there was something exciting about a man in leather. He thought of himself as asexual.  By age 16 he realized he was gay, but it wasn’t easy. He describes his coming out as a revolving door. He was sometimes out and sometimes going back into the closet, “when necessary.” Also, at 16 his mother passed away. When he told his youth group at Oral Roberts University that he thought he was homosexual, he ended up in reparative therapy for a year. By age 23 and after college at Syracuse University and learning about himself, he finally arrived at the conclusion that he was a gay man and that was just the person that he was. He discovered gay leather guys when he went to Hillside Campgrounds, not far from Syracuse. It was also while living in Syracuse, New York that he met the man who would become his husband. While attending a local theater group’s production of Torch Song Trilogy, he couldn’t help noticing the handsome man two seats over. He ran into him again afterwards at a bar and let’s just say he was late for church the next morning. When he saw him again while bowling, he told him he had a gift certificate for a local restaurant and asked him out to dinner. Six months later they moved in together. They have now been married since 2012.

Although there was no real leather community in Syracuse, when Justin and his husband moved to Washington, DC he “jumped into the leather community with both boots.” He became a member of the DC boys of Leather and in November entered his first leather contest becoming Mr. DC Eagle 2020.

It is never easy being a leather titleholder and it is really difficult during a pandemic! Justin has been involved in many online fundraisers and events in the past few months. He teamed up with artist Ruben Rodriguez for an online art auction to benefit Black Lives Matter, was part of a zoom presentation called: Mid-Atlantic Titleholders Talk Sex, had an online fundraiser for Hearts & Ears of Baltimore, and took part in an online charity jock auction hosted by American Leatherman 2019 – 2020 Cody Bear and Ms. San Francisco Leather 2016 Star.

Although Justin is not against doing in-person events with social distancing, at the time of this writing DC bars are only open at 25% and without a car visiting other Mid-Atlantic leather bars, such as the Baltimore Eagle or The Bike Stop is not an easy option. He hopes that will change soon. He was very much looking forward to going to Chicago in May to compete in the International Mr. Leather 2020 Contest, which was postponed and then cancelled. If they can hold IML in May 2021, he will hit the stage at that time. If another year goes by without IML he feels his title may be too old. For now, he has a pod of 4 – 5 close friends with whom he and his husband socialize. He is trying to support local LGBTQ+ businesses and feels that getting out of the house once in awhile is good for mental health. His tip for getting through 2020 is “find what makes you smile.” He enjoys escaping into old Disney movies.

Justin added that the challenges of 2020 are all about doing whatever you can do to make it work. I’m thankful for being able to Facetime with my friend Mr. DC Eagle 2020 Justin Sawyers. He may be a bar titleholder without a bar, a king without a kingdom, but he is making it work. That works for me!