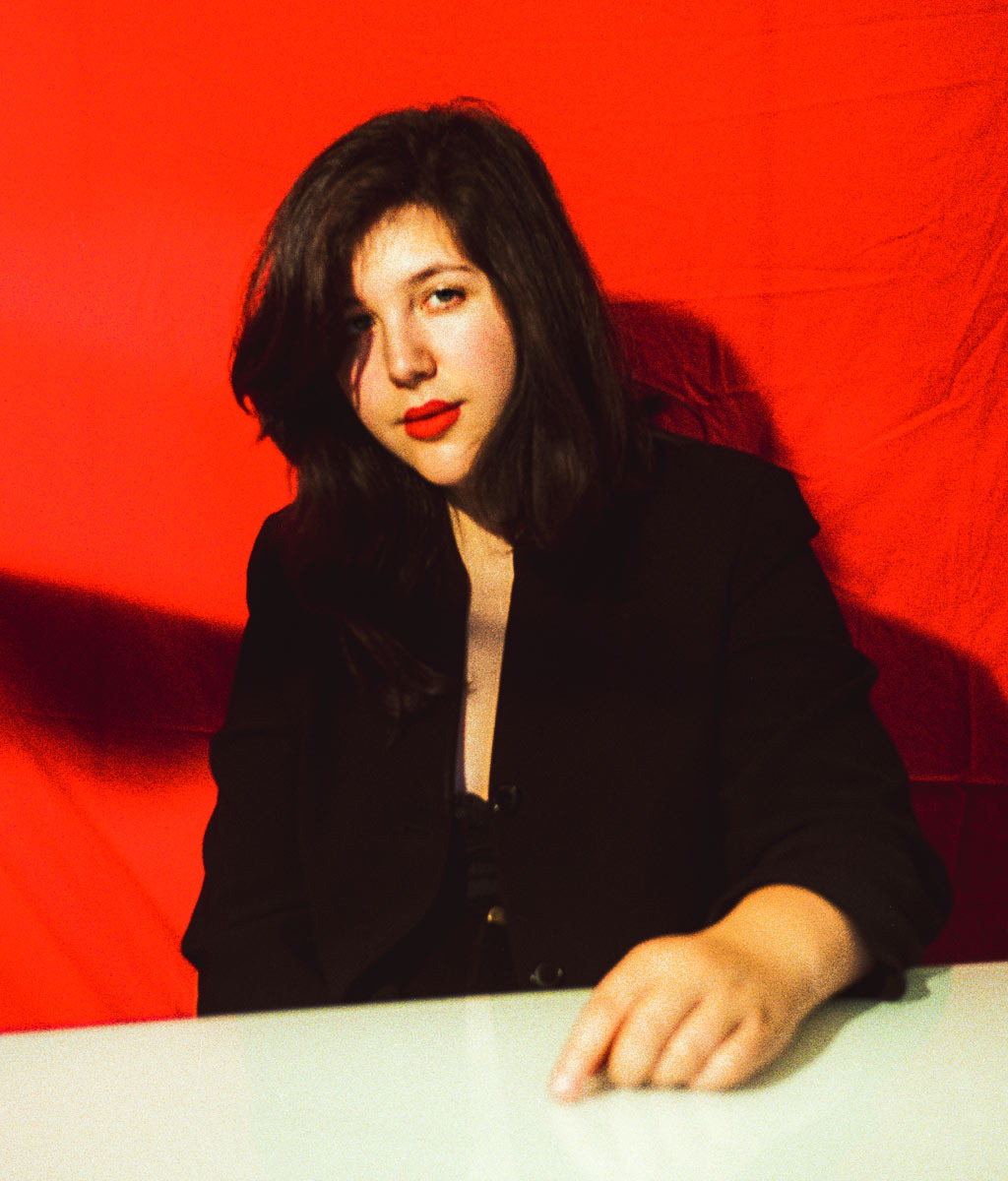 The breathtaking Historian (Matador) by out singer / songwriter Lucy Dacus was present near the top of several “best albums of 2018” lists, and rightfully so. You’d never guess listening to Historian that it is only Dacus’s second album. In her early 20s, Dacus is one of those wise beyond her years artists whose songs are sure to strike a chord with listeners from all walks of life. Her talents weren’t limited to her own album, as she collaborated with queer singer / songwriter Julien Baker and Phoebe Bridgers, forming the trio Boygenius and releasing an acclaimed six-song eponymous EP in late 2018. I had the pleasure of speaking with Lucy about her music and being a queer Southerner.

Gregg Shapiro: You’ve probably been asked about this question countless times before, but would you mind saying something about how you felt when you first heard about the September 2016 interview with VP-candidate Tim Kaine in which he declared you a “new favorite” of his?

Lucy Dacus: [Laughs] it wasn’t that surprising to me because he is a childhood figure in my life. He just Tweeted at me an hour ago because he came up in another interview and I was telling the story about how he used to make us quiche after sleepovers because I was friends with his daughter. He affirmed that he is still a good quiche maker, at least a quiche buyer. The public perception of who he is is pretty accurate in my experience, as well. I wish he was our vice president.

You are not alone in that sentiment. Not that Kaine’s endorsement should have an effect, but would you say that you were in any way political before or since that praise?

Yes. I feel like it’s impossible to not be political, whether you know you are or aren’t. I went to a government and international studies focused high school. Everyone was very politically-minded, or intentionally opting out, but always within the context of awareness. I don’t think I should be celebrated for my activism, just because I think it’s par for the course as an American these days. It is something that’s important to me. I’ve been struggling to maintain that while touring so much. The way we try to keep active is to try to raise money for organizations while we are on the road. I think we’re going to do one organization for our upcoming record release US tour, but I haven’t picked it yet.

I recently interviewed H.C. McEntire (formerly of Mount Moriah) and Sarah Shook, both of whom are, like you, queer Southern women. Have you found community among queer Southerners, especially among creative people? If so, what does that mean to you?

I have met a lot of queer Southern folks that are really encouraging and have allowed me to accept who I am. There is something that’s against you in the South occasionally. There is this pervasive culture that’s tied to Christianity. Whether you were raised Christian or not, you’re aware of some of the morality that people impose on sexuality that, at this point, I can call false. But it’s really confusing when you are growing up. And it’s difficult to grow out of it into an interim period where you still believe in the systemic falsehood that you’re doing something wrong, but know that it’s what’s true about you. I think a lot of people have experienced that middle time when they believed that something about them is not right. I think that’s really sad. I feel like the earlier you can get past that and know that it’s okay to be queer in whatever form, that’s really wonderful. All organizations that are providing resources and camaraderie to LGBT youth are doing … the Lord’s work [laughs].

Well said. A couple of years passed between the major-label reissue of No Burden and your new album Historian. Were all ten songs on Historian written specifically for the album or were any of them holdovers from the No Burden sessions?

We tried to put “Pillar of Truth” on No Burden and it just didn’t work. I think it finally has a home here (on Historian). “Nonbeliever” was actually three different songs that I have been writing for the past five years. I kind of picked the parts that spoke to each other and made a new song. There is some really old material, but that doesn’t make it less relevant. I think what’s nice about the record is that it’s a pretty cohesive thought, but it’s a thought I’ve been ruminating on for a really long time. That’s probably why it matters to me so much, is that it feels really close to who I am and who I have been for a while.

How would you describe your songwriting process?

Words always come first. I don’t really see myself as a musician. I see myself as more of a writer. Usually words come when I’m walking, when I’m alone, when I’m with other people, when I’m at somebody else’s show, when I’m out to eat. It’s really unpredictable. It’s usually when I’m taking walks alone. I basically listen to my thoughts and try to stay in that space of creativity for as long as I can. It’s almost like lucid dreaming. You become aware of the dream and then you hope that it lasts as long as it can. When I start writing, I’m crossing my fingers that that wave is going to keep crashing for a while because that’s when my best work comes out.

I love the call and response on the chorus of “Yours & Mine.”

Thank you. There’ve been a couple of miscommunications already about that song. I didn’t write it after the Women’s March. I actually wrote it after the Baltimore Uprising was happening in the spring of 2015. That was maybe the first politically grounded upheaval that I felt like I need to be a physical part of. I was still a teenager, hardly out of high school. Baltimore is pretty close to Richmond. I was actually in Europe at the time. Getting on the plane and coming home was really conflicting. I was really scared to come back to a place I didn’t recognize. To a place that seemed riddled with fear and violence and injustice. But then also, I wanted to get back as soon as possible because I felt this need to be present; the awareness of everyone’s power together, the impact that people can have just by showing up. Putting your physical body in a place where it can be seen as forceful unit. That song is about protesting in general. It’s about me being told it’s too dangerous, that I shouldn’t do it. But it’s respecting people who don’t come out and protest, too. I don’t want to be judgmental. One of the lines is “Take care of you and yours.” Do what is right for you. Other people have more to lose than me. But me and mine, we have a long way to go before we get home. There’s a lot of work to be done before this country feels like a place I actually want to live in again.

The string arrangement on “Body to Flame” is gorgeous. Then it erupts into this loud, electric moment.

The string arrangements are done by Jacob Blizard who is our guitarist. He also does the horn arrangements. He played Wurlitzer and bass and almost all the guitars on the record. He’s a bit of a genius. I like what the string arrangements are able to do in that song because they mirror the lyricism really well I think. There’s this moment where I sing “laughing aloud at the spinning stars” and the strings do this twinkly, spinning line. That song is about not knowing how close you are to somebody. Not knowing what they mean, or should mean, to you. The beginning part is sweet and timid and then it bursts into this desperate, grasping, maybe a little anxious, loud section. I think it’s the spectrum of how that feeling feels to me.

The chorus of “Next of Kin” includes the lines “I am at peace with my death. / I can go back to bed.” As someone so young, what inspired that line of thought?

I think I’ve often dwelt upon the root cause of all the things that I hate in the world [laughs]. I feel like so many things that suck are leading back to the same sicknesses. I think the fear of death is one of the most predominant causes of greed and hatred, violence, fear, injustice. I think a lot of people are afraid of that. People don’t often talk about it and when they do, it’s usually in the wake of a death right in front of you, when you are in the midst of sorrow. Some people do talk about death. I’m not the first to do that

. I realize that one of my goals is to be at peace with that so I can move on and do other things and let other things take up my mind. It’s also comforting to remind myself that everything’s going to pass, good or bad, because it takes the weight off of so much in my life. It helps me focus on what I feel are the most important things to accomplish in my life.

Matador Records has an impressive roster of LGBTQ artists including Car Seat Headrest, Julien Baker and Perfume Genius. What does it mean to you to be a part of such a musical family?

It’s unbelievable, really [laughs]. I’m still shocked when I think about it. It’s amazing. They have so many artists that I’ve been fans of for a long time. I still occasionally feel like the little kid on the label. I don’t see myself as equal because that would feel like too much of a compliment to myself or something. It feels unreal, really amazing, and I don’t take it for granted.

Finally, as someone in her early 20s, who has been out of high school for only a few years, I was wondering what you thought about the tragic events at Marjorie Stoneman Douglas High School in Florida and the way that the students took the President and others to task.

I think it’s amazing and I think we are witnessing history. The only thing that hurts so much is that I wish none of us had to witness this history. There’s so much resilience and victory and strength in how the students are reacting, which is really beautiful. But that beauty has come at such a cost. It’s good to focus on what’s good about it. But what’s bad about it is so egregiously stupid. It could have been preventable and it is. What I’m hoping is that we’re witnessing a huge changing of the tide. I think a lot of people feel that way. I think the students are the right people to be leading the charge.