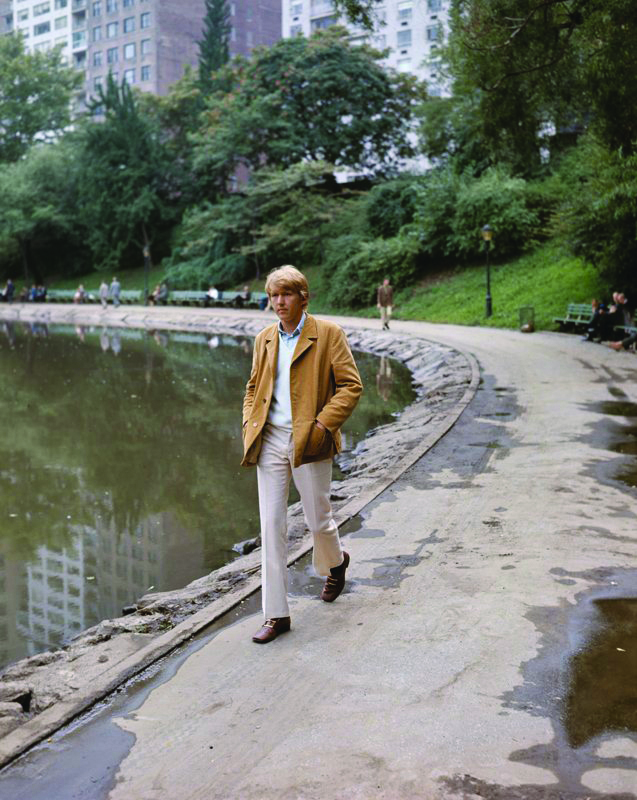 More than 50 years into his solo recording career, James Taylor shows no signs of slowing down, still performing concerts to sold out houses. Taylor, the first non-Beatle artist signed to Apple Records, went on to record six studio albums for Warner Brothers, followed by a long association with Columbia Records. Taylor’s WB albums, released from the early to mid-1970s, have been reissued in the creatively titled little box set, the Warner Bros. Albums 1970-1976 (WB / Rhino). Taylor set the bar (almost too) high with the first two, 1970’s Sweet Baby James and 1971’s Mud Slide Slim and the Blue Horizon, which contained the soon-to-be classics “Sweet Baby James,” “Country Road,” “Fire and Rain,” “You’ve Got a Friend,” “Hey Mister, That’s Me Up on the Jukebox,” and “You Can Close Your Eyes,” to mention a few. The good thing about the passage of time is that 1972’s One Man Dog (containing “Don’t Let Me Be Lonely Tonight”) and 1974’s Walking Man, while unintentionally disappointing at the time of their respective releases, actually hold up well and deserve the second chance they are getting here. Taylor bounced back with 1975’s best-selling Gorilla, which not only featured his chart-topping cover of “How Sweet It Is,” but also strong originals including “Mexico,” “Wandering,” and “Lighthouse.” In the Pocket, from 1976, continued Taylor’s streak of hit originals (“Shower the People”) and covers (“Woman’s Gotta Have It”).

Like James Taylor, the late (Harry) Nilsson (1941-1994) also had a connection to the Beatles, due to his covers of “You Can’t Do That” and “She’s Leaving Home” on his remarkable second album, 1967’s Pandemonium Shadow Show. Additionally, his close friendship, creative relationship (1974’s Pussy Cats) and notorious “lost weekend” with John Lennon are the stuff of legends. Nilsson (who got the box set treatment with the amazing 17-disc 2013 compilation the RCA Albums Collection), lost a bit of his spark in later years, possibly due to his substance abuse. Twenty-five years after his passing, Losst and Founnd (Ominvore), the album that Nilsson was recording at the time of his death, is being released at last. As was Nilsson’s style, the album contains covers (Yoko Ono’s “Listen, the Snow is Falling” and Jimmy Webb’s “What Does a Woman See in a Man”) and originals “Woman Oh Woman” and “Love is the Answer,” as well as “UCLA,” and “Try,” both of which are laden with Beatle references.

Nilsson had the Beatles and Robbie Robertson had The Band (his band!), and by extension Bob Dylan. Beginning as a working/performing relationship with Dylan and The Band, it later morphed into a creative one, resulting in, among other things, the masterpiece known as The Basement Tapes. Dylan isn’t on Sinematic (UMe), Robertson’s first new studio album since 2011, but there are plenty of other familiar names, including guest vocalists Van Morrison, Glen Hansard, and Citizen Cope. The aformentioned Morrison sings on “I Hear You Paint Houses” from Martin Scorcese’s movie epic The Irishman, and other songs, such as “Once Were Brothers” and “Beautiful Madness” are connected to the movie world.

If you’ve been keeping track, there was Nilsson and the Beatles and there was Robbie Robertson and Bob Dylan. Now we come to Genya Ravan and the late Lou Reed. In 1978, after previously making her name in bands such as Ten Wheel Drive and Goldie & The Gingerbreads, Ravan sang backing vocals on Reed’s Street Hassle album and Reed returned the favor by singing a duet with Ravan on “Aye Co’lorado,” a song on her album Urban Desire. Reed appears again, this time in the lyrics to the song “Don’t Go in the Bathroom,” a funny because it’s true love letter to CBGBs, on Icon (Rum Bar), Ravan’s first album in seven years. In her mid-70s, Ravan rocks as hard (if not harder) than women half her age on covers of Elvis Costello’s “Pump it Up” and Humble Pie’s “Fool for a Pretty Face,” as well as the originals “Comin’ Up the Hard Way,” “Enough is Enough,” and “I Mean It.”