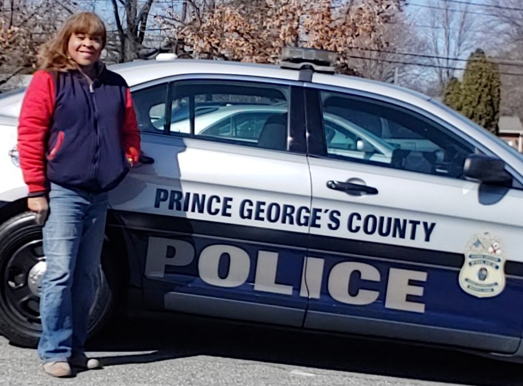 On July 18, 2019, I took my first ride-a-long with the special unit of Prince George’s County Police. On this night I was able to stop and talk with three Transwomen. I wasn’t sure of how they would respond to me getting out of a marked police car.  When I approached them, I would say, “Hi my name is Karen, can I talk with you”? I did advise them I was not a police officer and I wanted to know if there was any way I could help get them off the streets.  To their surprise I told them I was also Transgender. I was letting them know that I was putting a coalition together in Prince George’s County, MD with Heart to Hand, Inc.  I told the girls to remember my face and that I would be out here once or twice a month checking on them. I also told them when they see Prince George’s County Police riding up and down Eastern Ave., that they just wanted to make sure they were safe, and not to arrest them.

Since my first ride-a-long, I have met and talked with 22 Transwomen and they all have told me the same thing, that they want to get off the street, get a job and a home. Some do have a place to stay, and some will couch surf.  One lady I talked with said she is renting a room, and it’s hard to live there because she pays $400.00 a month, which is all of her disability check.  She told me she doesn’t want to stay in a shelter because it would be unsafe having to live with men.

I feel I am reaching them slowly, because one of the women has called me twice.  This week she called again saying she really wants to get off the streets now, because the other night she was raped. Tonight, February 22, 2020, I will do a ride-a-long to see if I can find her.

You can find me at kkholmes@kkholmes.com or visit my personal website at http://www.KKHolmes.com  In my next article I’ll talk about “God Has Me Here For A Reason”. Until then Shoot for the Moon and even if You Miss, You’ll Be Among the STARS!