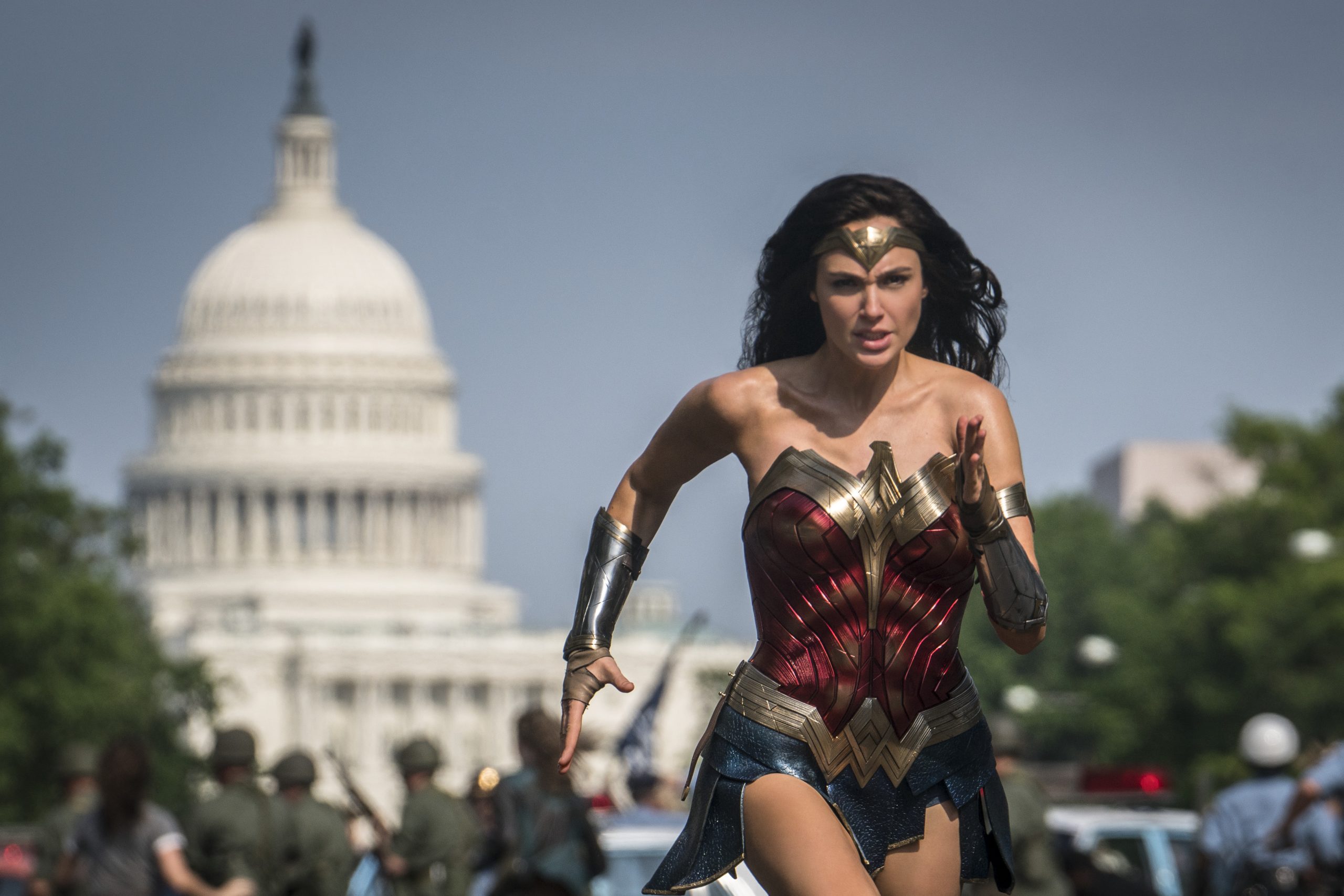 I loved the first Wonder Woman movie. The original really, finally put the DC Comics movie universe in a good place. It was set in a bygone era, it had a terrific script, a great cast, a great director and most of all it had heart. And from the looks of things, it seemed that Wonder Woman 1984 would follow suit, and again be compared to how Marvel took the World War II-set Captain America: The First Avenger and dropped him into some present day but 1970s-style intrigue in Captain America: The Winter Soldier. So far, Diana Prince and company have not made it to the present in the stand-alone films so it’s curious as to why 1984 was chosen for her second solo venture.

The story gives us a short prologue with Diana as a child, attempting to compete against the warriors of Themyscira in some sort of athletic competition. Diana is forced to take a shortcut and still thinks she can win but Antiope (Robin Wright) and her mother Hippolyta (Connie Nielsen) tell her she can’t cheat to win, but her time will come. That’s all the time we spend on Themyscira as the movie moves quickly to Washington DC, 1984 where Diana (Gal Gadot) works for the Smithsonian in the antiquities department. She quickly meets Barbara Minerva (Kristin Wiig), newly hired and skilled in mineralogy, a nerdy klutz basically ignored by everyone in the office when she drops her papers, but she quickly finds a friend in Diana. And before you know it, Barbara is asked to meet with the FBI to comb over some artifacts recently stolen from a mall jewelry story that was doing some illegal antiquities dealing in the back room.

Diana reads an inscription in Latin that says the person holding the mineral is granted a single wish. Still pining (no pun intended) for the dearly departed Steve Trevor (okay, departed some 70 years earlier), Diana wishes for his return. After leaving her office, Diana is unaware that Barbara also makes a wish — to be just like Diana. She just doesn’t realize until later the bonuses that come with being Diana Prince. We are also introduced to Maxwell Lord, some sort of skeevy infomercial guy promising to make people rich by investing in his oil venture. But there is no oil. And he’s behind the jewelry store robbery. He also knows of the mineral’s magical qualities and hopes to become obscenely wealthy not by using it, but becoming it, using his wish to become the mineral (still in human form but with all of its wish-granting properties). Lord also knows there is a catch: when he grants a wish, he gets something in return and that is something Diana learns as she begins to grow weaker while Barbara grows stronger. But she does get Steve back, albeit in the body of another man. She sees Steve (Chris Pine) and we see Steve, but the rest of the world sees ‘Handsome Man’ (as Kristoffer Polaha is billed). As Lord grows more powerful and dangerous, he eventually crosses paths and teams up with Barbara after they come to realize that Diana will do all she can to make them renounce their wishes to restore order. The question is, in her weakened state, will she be able to save the world from them?

I can’t tell you how much I’ve been looking forward to seeing Wonder Woman 1984. Ever since the first images were released that showed a reconstructed area of Georgetown, complete with the old Commander Salamander store I shopped in quite a few times, and that first trailer with the beautifully orchestrated version of New Order’s “Blue Monday”, I have been waiting and waiting for the film’s release. Of course, COVID threw a huge monkey wrench into the works, delaying the film’s release a few times and now here we are with the movie making its bow on HBO Max and in theaters simultaneously. But was it worth the wait?

It pains me to say no. The opening scene on Themyscira is thrilling but is only really here to set up a key plot point late in the film (in relation to the golden armor and wings that have been shown in the trailers and on the posters). The first scenes in 1984 DC are fun, but go on way too long, reminiscent of the montage in Superman: The Movie when the Man of Steel flies around Metropolis stopping crime and helping cats out of trees. Why is Wonder Woman running around the city in the middle of the day stopping crime? Shouldn’t she be at work, or is this what Diana does on her lunch break? Things get grounded finally when Diana and Barbara meet and I liked their relationship and Kristen Wiig’s performance. This awkward character is something we’ve seen her do before but it doesn’t feel like she’s just repeating herself. The problem with Barbara is that her transformation (and wardrobe) happen too quickly, even with a two-and-a-half-hour running time. And her transformation into Cheetah just looks like a rejected costume concept for the Cats movie, although Wiig still gives a nice performance as she goes from good to very bad. I’d have to say she and Chris Pine give the best performances in the film. Pine, once again, gives the movie its heart.

Gal Gadot is fine enough. She has good chemistry with Pine and Wiig, but the movie spends an inordinate amount of time showing Wonder Woman flying (yes, she doesn’t just leap like Superman, but she has mastered flight as well) and whipping her magic lasso around all over the place, either while catching criminals or using it like a vine (or web?) to swing from place to place. I mean, there is a lot of screen time for this stuff and a lot of it is way too CGI-looking.

The movie’s real weak point is The Mandalorian himself, Pedro Pascal as Maxwell Lord. Pascal’s performance is all pulling faces, chewing the scenery, and constantly trying to keep the god-awful wig out of his eyes. For all the money Warner Bros. spent on this movie, the only wig they could find for Pascal was from Party City or the Spirit Halloween Shop? It’s really so distracting it’s all I could focus on whenever Pascal was on screen, even when he was gobbling up the scenery, the props and all the actors around him.