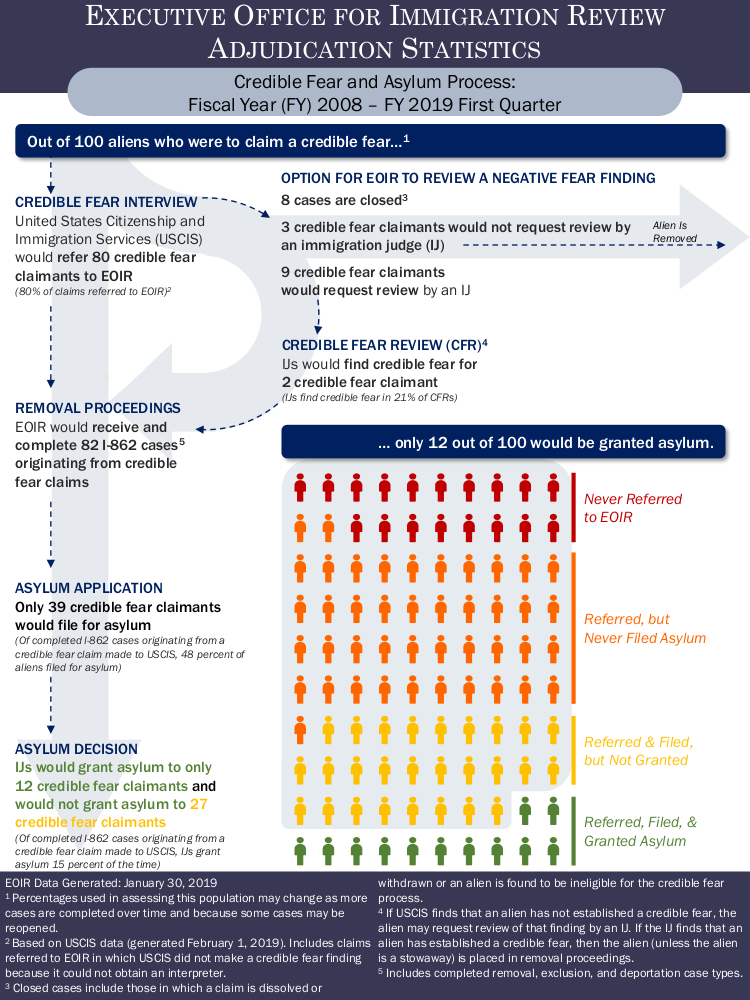 There have been many recent changes (amid a flurry of proposals) to the immigration law as it applies to applications for asylum in the US. Both international law and federal law contain provisions for people to apply for asylum or refugee status based on past persecution or well-founded fear of future persecution in their native country. The persecution must be based on race, religion, political opinion, nationality, or membership in a particular social group. There is a body of cases that have interpreted the asylum law, and its application in the US, since the 1950s. Yet Trump’s former Attorney General Jeff Sessions and the current William Barr have decided that they have the absolute right to make basic changes to international and federal law by changing the policies used to apply those laws in the US.

Attorney General Sessions issued a memorandum demanding that immigration judges have their performance in immigration courts throughout the US be based on the number of cases they completed each year. The target number of cases set by Sessions is 700. That memorandum, and the policies contained in it, is the subject of a lawsuit filed by the National Association of Immigration Judges against the Department of Justice. The lawsuit claims that the policies set forth by the memorandum would cripple the Immigration Court system to the point of being unable to operate and that they do not allow the immigration judges to fulfill their duties to review documents, listen to testimony, and render a decision as fair and unbiased judges.

Instead, the memorandum is attempting to force judges to adopt the bias that all applications for asylum are fraudulent until proven otherwise and that the use of private attorneys by applicants is just a way to delay the order of deportation rather than assisting in a fair application of due process under the law. In a system where the ideal number of judges would be 1,200, there are only 400 immigration judges throughout the US. The administration has made comments that there is no real need for a judicial system and that allowing persons who arrive at the borders to legally request an opportunity to apply for asylum is a waste of time and money. This is in spite of the fact that the US Supreme Court in INS v. Cardoza-Fonseca (1987) very clearly stated that a person who is in the US has the right to due process of law.

Attached to this article is a chart issued by the Executive Office of Immigration Review showing the process by which a person may apply for asylum and the fact that, out of 100 applicants, approximately 12 people are actually granted asylum. This chart refers to the years 2008 through the first quarter of 2019. The idea that people are filing asylum applications to allow them access to the benefits of being a resident of the US is in error.

Most recently, this administration has issued a policy memorandum on a change to detention of persons filing for asylum in the US. The new strategy, in an attempt to discourage desperate people from filing such applications, is to detain everyone who files the application and keep them in detention until there is a decision in the case. At that point, the detained applicant would either be released because asylum was granted or returned to their native country based on the denial of the application and unlawful presence in the US. The new strategy envisions tent cities to hold families whose applications are pending. Does no one in this administration read history? Do they not see the similarity to the heinous internment camps of World War II?