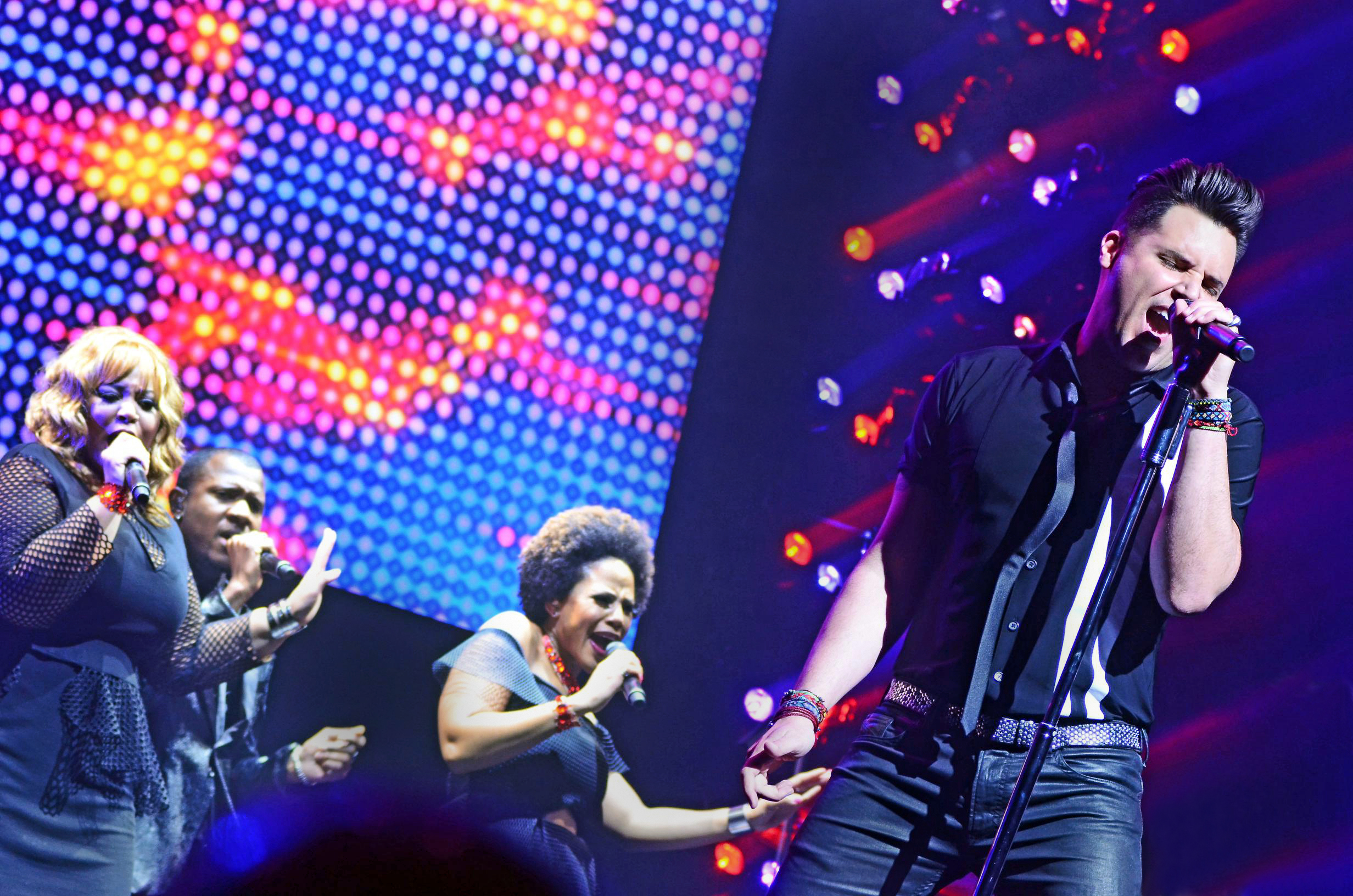 Las Vegas is coming to Baltimore in the form of the dazzling Frankie Moreno. The Las Vegas “Headliner of the Year” winner will join Principal Pops Conductor Jack Everly and the Baltimore Symphony Orchestra (BSO) from April 12th through 15th at the Joseph Meyerhoff Symphony Hall and the Music Center at Strathmore.

“Frankie Moreno is a consummate showman who embraces all kinds of music with irresistible enthusiasm, musicianship, and charm,” says Abhijit Sengupta, director of artistic planning. “There is simply no one like him, and the staff, musicians and crew of the Baltimore Symphony look forward to letting our hair down and rocking out with Frankie and his band.”

Audience members will join the BSO in rocking out to popular songs from the Beatles, Frank Sinatra, Elvis, and others. “This is a unique show in the fact that it covers a lot of ground,” says Moreno. “From classical to rock n roll to bluegrass, etc. It’s very hard to describe it – even for me. But, it’s an exciting high energy performance from start to finish. Audiences can expect everyone on that stage giving 500% all the way through.”

Moreno’s dynamic energy and musical passion will be on full display during this concert. “Performing with a symphony has always been my dream, so I wanted to make sure it was perfect,” says Moreno. “I’ve written a lot of songs for many other artists. When choosing what songs we are going to do with a symphony, it’s pretty easy. We choose the best. The ones that mean something to me. There’s not a second in the show that doesn’t hit me hard emotionally on some level.”

Happy to be back in Baltimore, Moreno is excited to perform with the BSO. “I’m most looking forward to playing with all these awesome individuals again. Each player brings something special to form this big sound. The venue is beautiful, and I love the city. I’m just excited for all of it really,” says Moreno.

When he’s not on the road, Moreno is keeping busy on stage and in the studio. “We’ve just received our third award for ‘Headliner of the Year’ in Las Vegas, so we will keep a busy schedule out there,” says Moreno. “We will be releasing a new album this year which is always exciting. Our official fan club is now up and running for anyone who likes the music and wants to find out more. Our fan club president will be attending the show for people who want to sign up.”

Catch Moreno and the BSO on Thursday, April 12th at 8 pm at the Music Center at Strathmore and at the Joseph Meyerhoff Symphony Hall on Friday, April 13th at 8 pm, Saturday April 14th at 8 pm, and Sunday April 15th at 3 pm.

Tickets and more information can be found at Bsomusic.org.