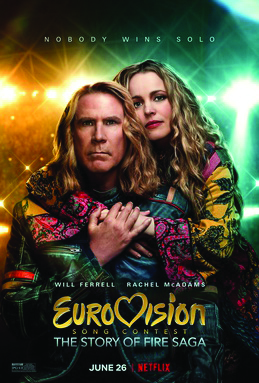 If we’ve learned anything during the COVID-19 pandemic, it’s that time is precious. There isn’t that much of it and as the numbers of the dead increase at an alarming rate, we are reminded of how important it is not to waste what little we have. One recommended way of not being wasteful is by avoiding movies that don’t deserve to sap your hours and minutes.

Kevin Bacon, still hot to the touch in his early 60s, has a longstanding relationship with the horror genre. From his memorable appearance in a Speedo in the first Friday the 13th (1980) to the monster movie Tremors (1990) to the haunting Stir of Echoes (1999) to the meh Hollow Man (2000) and the unsatisfactory The Darkness (2016), Bacon’s an A-list actor who isn’t afraid to scare his fans.

Bacon’s reunion with David Koepp, director / writer of Stir of Echoes in the horror flick You Should Have Left (Universal / Blumhouse) was supposed to be something to look forward to. Instead, it’s a lackluster clunker. Retired banker Theo (Bacon) and his younger actress wife Susie (Amanda Seyfried) and daughter Ella (Avery Essex) leave their beautiful southern California home for the Welsh countryside. Susie is Theo’s second wife. His first wife drowned under mysterious circumstances. Theo was a suspect and because his trial was a high-profile one, he’s constantly paranoid about being recognized. The meditation podcast he listens to doesn’t help him and his jealousy and anger issues are getting the better of him.

At first, the relatively new house in Wales is a source of fascination for the family. But it doesn’t take long for the cracks in the foundation to show. Shadows, doors, messages, and photos mysteriously appear and disappear, and it’s easy to lose track of time. The townsfolk issue ominous warnings about the house that was previously another house, and before that, a tower (built by the devil according to legend). Other cracks surface, as well, including the one in Theo and Susie’s marriage, when he discovers that she has two cellphones and is having an affair with an actor. Much silliness occurs throughout the remainder of the movie, including some truly random and lazy special effects. You should avoid this movie. Rating: D

Even worse, and incredibly offensive (and that’s saying a lot for a Will Ferrell movie), is the insipidly titled Eurovision Song Contest: The Story of Fire Saga (Netflix). Since he was a young boy in Iceland, when he saw ABBA perform and win, Lars (Ferrell, who barely bothers with an accent) has made it his life’s goal to compete in the Eurovision Song Contest. With bestie Sigrit (Rachel McAdams, who makes a concerted effort to have an Icelandic accent), Lars forms the musical duo Fire Saga, much to the dismay of his father Erick (Pierce Brosnan) and Sigrit’s mother Helka (Elin Petersdottir).

Through a bizarre twist of fate, including the unfortunate death of leading Icelandic contender Katiana (Demi Lovato), Fire Saga qualifies to represent Iceland at the Eurovision Song Competition in Edinburgh, Scotland. Like two Atlantic Salmon out of water, Lars and Sigrit navigate their way around the city, as well as social and professional settings that will forever change their lives. Aside from a serious lack of creativity and self-awareness, the biggest challenge they face is Alexander (a campy Dan Stevens), a closeted Russian competitor who seems determined to split up the musical duo.

McAdams and Stevens deserve better than this painfully unfunny comedy directed by David Dobkin, the man responsible for Fred Claus. At least 45 minutes too long, Eurovision Song Contest: The Story of Fire Saga is easily one of the worst movies of 2020, so far. If you want to watch a much better (and gayer) example of a movie about singing competitions, check out gay filmmaker Eytan Fox’s Cupcakes from 2013. Rating: D-minus.