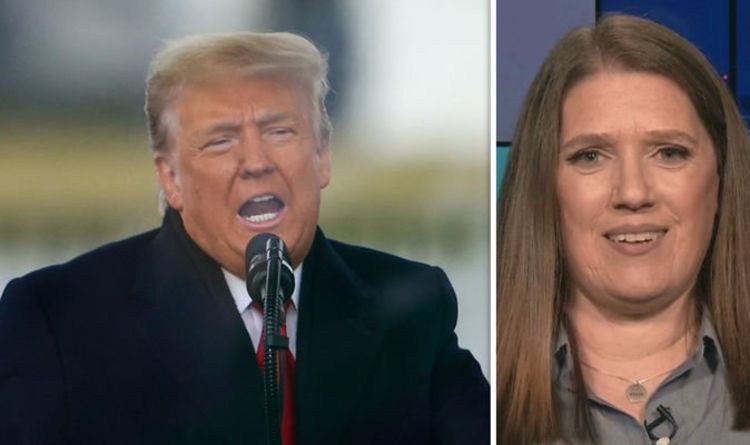 San Francisco, CA – Queerty reports that Mary Trump has condemned her uncle, Donald Trump, for his role in stoking the rioting and lawless storming of the Capitol yesterday. Interviewed by Katie Couric after yesterday’s event unfolded in Washington DC, Mary, a psychologist, did not hold back.

Asked for an opinion on what is going through the President’s head right now, and why he continues to cling to the narrative of the election being rigged, Mary replied: “The idea of losing is anathema to him.

“As far as my grandfather was concerned the worst thing you could be was a loser. And whenever Donald talks about how great he is he’s talking to his audience of one: my grandfather.

“His father looms very large for Donald, and everything he does is out of fear, so throughout the course of his life he’s actually never won anything legitimately including the last election. But he’s always been able to buy cheat or steal his way to the win because it doesn’t matter how you win: it just matters that you win. “He can’t do that this time around … he’s been cheating to steal this election since the summer by claiming that … it was rigged, by telling people not to trust the Post Office or mail … he’s still lost, which is one of the reasons he’s freaking out. She also says her uncle should not have been empowered to continually question the result of the election and should have been sidelined as soon as he lost in November. Instead, numerous Republicans have echoed the President’s disproven claims about election fraud.

Couric asks Mary how she sees her uncle, “getting out of this? How do you see him saving face? How do you see him accepting the fact that he will no longer inhabit 1600 Pennsylvania Avenue?” “He’s never going to accept it,” Mary responds. “We saw that today. He was called upon to calm things down to diffuse the situation and instead he continued lying. Finally, asked how she thinks her uncle was feeling, Mary said, “Donald is feeling, on the one hand, emboldened because they got away with it. I mean there were 13 arrests. I think a lot more people than that were wreaking havoc. “On the other hand, he’s locked out of Twitter. I think that’s the same is true [for] Facebook. He’s probably more desperate than he’s ever been in his life, and I’m sorry to say this but short of Congress stepping in, impeaching and removing him, the next two weeks are going to be among the most dangerous in our country’s history and after today that’s actually really saying something.” (Queerty – David Hudson at https://www.queerty.com/mary-trump-next-two-weeks-among-dangerous-us-history-20210107?utm_source=Queerty+Subscribers&utm_campaign=284b847287-20210107_Queerty_Newsletter&utm_medium=email&utm_term=0_221c27272a-284b847287-431876119)