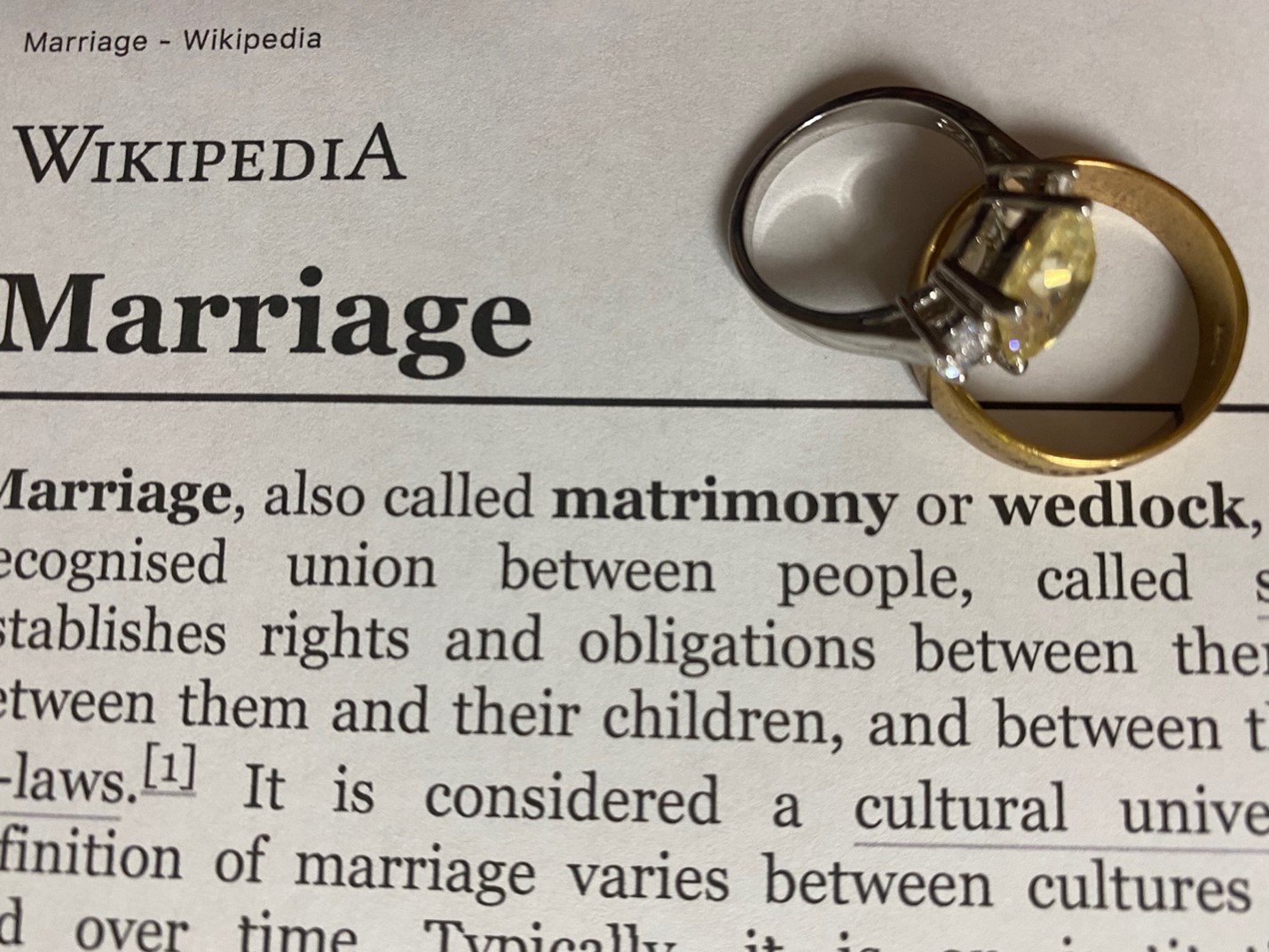 Me and my wife have been married for over 30 years. All marriages take work; however, transgender marriages take ten times the work. That is just reality. Marriages are full of highs and lows. One of our greatest highs was when our children were born.  Some of the lows can be really bad like a death of a child. Thank god we have not dealt with that. We all struggle with finding our way in the world. But as a team life is easier. For many in the transgender community, transition strains a marriage more than anything else. If you are already in a troubled relationship, it might be the end of that relationship.

Someone asked a question on a transgender forum. What do I do if my partner doesn’t support my transition, at all? I can’t believe how many transwomen in the group immediately said leave. My first question for you is how long between when you first figured out you were transgender and when you first came out? Did you realize you were trans and the next day you were living as a woman or a man? For me it took decades. And I had to be pushed to suicide to finally come out and transitioned. Yes my wife struggled with my transition as much as I did, but in the end it made us stronger.

Now think about a spouse’s journey. By the way, they are also transitioning. You finally tell them and within weeks or even months you want them to be okay with you being trans? I wish that could happen, but I don’t think that is realistic. First of all, you are asking your spouse to put up with the publics perception of having a transgender partner.

Your spouse is no different than we are. I think one of the tipping points for me and my wife was when I did an interview with Whitney Vann for a local ABC affiliate. She actually really listened to the interview. I left nothing out about the basics of my journey and my struggle with suicide. ( https://www.youtube.com/watch?v=t_E1s9RTuls&t=1s ) After the interview my wife said, “I never realized how much you struggled with this.” She knew pieces and parts of the journey but never thought about it like this. She realized that I got to the point where I had no choice but to transition.

Think about your transition from your spouse’s point of view. First of all, you could be asking them to go from a heterosexual relationship to a gay relationship or the other way around. Then in some cases many transwomen insist on being called mom by their kids. This can cause the wife to give up who they are, that can be devastating for them. It’s like asking them to lose their identity for you. I am lucky I have never felt like I needed to be seen as mom by my kids. I am okay with being dad and all still call me dad including my wife. I love my kids and am proud they have accepted my journey because not all do. Your journey can be devastating to the kids. Remember they are also transitioning with you as well.

Many marriages that stay together become stronger than ever before. But according to the Philadelphia Inquirer, there are no reliable statistics on what happens to marriages and families after a spouse declares that he or she is transgender. A limited survey of 6,450 trans men and women, recently published by the Center for Transgender Equality, indicates that more than half of younger couples stay together after a gender transition, but only about a third of those over age 50 do so. I guess I am one of the lucky ones.

Is my marriage perfect? No, but my wife has shown me what true love is like, I just hope I have shown it back to her. All transitions are hard but if you are married and put in the time, the relationship can become amazing. If you are like me and older it will be harder but in the end it can work. As always, love, light. and peace. Sophie