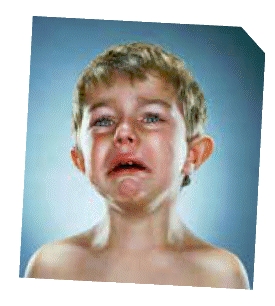 I was an overscheduled child. By the time I hit high school, I was on the cheerleading squad, swim team, in the marching band, pep band, pit band, jazz band, drama club, concert choir, women’s chorus, auditioned choir, youth in government, all kinds of school committees, and half a dozen other activities. I was a busy kid, to say the least.

I enjoyed being busy in many ways. And, to be honest, I enjoyed getting out of the house. My parents were busy people, too. They had club meetings a couple of nights a week. We went to other people’s homes for dinner and they came to ours.

So, when I had kids, I set off on the same path. We enrolled our children in all kinds of activities. They played football, softball, and baseball. They were in a professional dance performance group. They were in plays and choirs. They were cheerleaders. I even coached a high school level cheerleading squad for a private football league and had several of my kids on the squad. They were busy kids. Not quite as busy as I was, because frankly I was way too busy, but we still kept quite the schedule.

Our kids had the experience of performing before crowds of thousands. They learned to win and lose. It helped them build confidence and self-esteem. Even though some were in their teens when they joined our family, they learned and grew from these experiences.

Recently, our daughter Meri asked to start acting classes. She wants to be a professional actress when she’s grown. She is a comfortable performer. She’s been on the stage since she was three years old.

And today was her first real audition. Up to this point, she never had to audition – her teachers were her directors. They knew her skills and abilities and would give her the role most suited to her style.

This week, her acting teacher asked her to audition for a role in the musical Annie. Our local community theater was holding open auditions in just two days. She decided to go for it. She and I practiced and prepared. I gave her all the advice I could, based on my years of performance experience. She was as ready as she could possibly have been.

We showed up at the theatre a little early and signed the forms. She didn’t appear nervous as she waited for her name to be called. She said she was ready to go. She knew her prepared song. She’s always done a great job with reading lines. So, when her name was called, she set off with her group to get the job done. She was confident. She was poised. She was ready. I waited with the other parents and wasn’t even nervous for her.

And then, she came back. Her face told the story. She didn’t think she’d done her best. She wanted to attempt the audition without her glasses. She performed her song beautifully. And then, they asked her to do a cold reading of the script. She struggled because she couldn’t’ see it clearly. Lesson learned? Make sure you aren’t so worried about your appearance that you aren’t able to do part of your audition.

Her teacher thinks she did well. He knows her ability. We’re still hopeful. But, it’s still hard to watch your child feel the pain of defeat.

After a long talk, Meri realized that she did the best she could in the circumstances presented. She will wear her glasses next time. She still has hope that she may land a part this time. And, if she doesn’t, she will be a willing participant on set design or costuming. I’m proud of her and her ability to learn from her mistakes and move forward with a positive attitude.

And next time? Next time, she will rock the house!