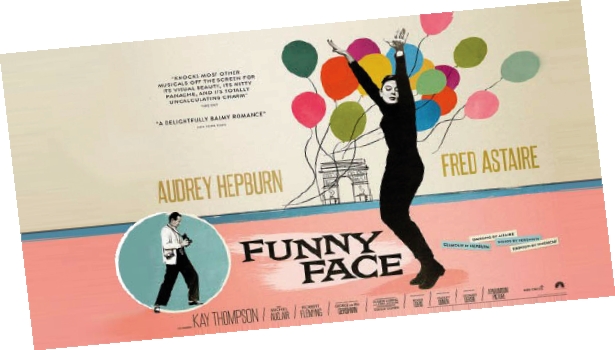 Don’t look now, but the winter holiday season is rapidly approaching. The following expanded reissues by George Michael, Pet Shop Boys, Jackie Shane and The Smiths are custom-made for the LGBTQ music lovers on your holiday gift list.

There’s no way that the late George Michael could have foreseen the Trumpworld of 2017 when he wrote “Praying for Time,” the opening track and first single from his underrated second solo album, 1990’s Listen Without Prejudice. However, with references to “wounded skies” and “days of the open hand,” as well as the “rich” declaring themselves “poor,” Michael was nothing short of prescient. Newly reissued in a variety of formats, including a double CD set, Listen Without Prejudice Vol. 1 / MTV Unplugged (Sony Music / Legacy), features the remastered original album on the first disc, and Michael’s previously unavailable 1996 MTV Unplugged set, as well as a Nile Rodgers reworking of the track “Fantasy.”

The bonus material is lovely and all, but Listen Without Prejudice, Vol. 1 (there is no Vol. 2, by the way) is the focus here, and rightfully so. Sure, the album lacked the irresistible appeal of Faith, Michael’s flawless solo debut, but that’s an unfair comparison. Taken on its own merits. LWP holds up as well as its predecessor, particularly on the aforementioned “Praying For Time,” the drama of “Mother’s Pride,” the light jazz of “Cowboys & Angels,” and the rebellious beat of “Freedom ’90.” Michael even showed off his good taste as an interpreter via a cover of Stevie Wonder’s “They Won’t Go When I Go” and the interpolation of the Stones’ “You Can’t Always Get What You Want” into his “Waiting.”

In 2001, the first six PSB albums were reissued in expanded editions, including a second “Further Listening” disc of bonus material. Sixteen years (!) and a few different stateside record labels later, a new reissue campaign began with Nightlife, Release and Fundamental. The two latest installments are Yes and Elysium (both on Parlophone), from 2008 and 2012, respectively. By the time these two albums were released, PSB were no longer the chart-presence they were during the 1980s and into the early 1990s. Nevertheless, both of these albums have their allure, especially when it comes to the bonus material. Yes, for instance includes PSB’s brilliant reading of Kate McGarrigle’s “I Cried For You” as well as a fabulous new version of “It Doesn’t Often Snow at Christmas.”

Trans soul singer Jackie Shane, who made a splash in the Toronto music scene of the 1960s, is the kind of semi-obscure performer that Queer Music Heritage’s JD Doyle, the man who wrote the liner notes for the late 2016 reissue of the subversively gay 1962 album Love Is a Drag, would usually get the credit for unearthing. In this instance, it was the good folks at the Chicago-based reissue/archive label The Numero Group who have shone a bright light on Ms. Shane. Any Other Way (Numero Group) is an attractively packaged double album set that includes a 12-track studio disc and a 13-track live disc. A dynamic interpreter of other people’s songs, Shane effortlessly makes the songs “In My Tenement,” “Sticks and Stones,” “Money (That’s What I Want”), “Walking the Dog,” and title cut her own. The studio disc also includes a pair of Shane originals, “New Way of Lovin’,” and “Cruel Cruel World.”

The Smiths’ former front-Morrissey has a habit of making headlines. Often, they are not for the most flattering of reasons. To begin with, his penchant for canceling concert tours has more than a few of his fans jumping ship. In October of 2017, his controversial political comments put him back in the spotlight (in the UK, at least). Also among his attention-grabbing antics, is his 2013 statement about his sexuality, in which he declared that he is not a homosexual, but rather a humasexual. As he put it, “I am attracted to humans. But, of course … not many.”

Nevertheless, humasexual sounds like a post-modern way of saying bisexual, and for that reason Morrissey and The Smiths, and the seriously expanded reissue of 1986’s ironically-titled The Queen is Dead (Warner Brothers), are included here. The Queen is Dead has long been considered the best album by The Smiths, who disbanded not long after its release in 1987. The box set includes a 2017 mix of the original album, featuring songs such as “There Is a Light That Never Goes Out,” “The Boy With The Thorn In His Side,” Bigmouth Strikes Again” and “Vicar in a Tutu.” A second 13-track studio disc features B-sides, demos and more. The third “Live in Boston” disc was recorded in August 1986 at the Great Woods concert venue in Mansfield, Massachusetts. The fourth and final disc is a DVD containing the 2017 audio master 96khz / 24 Bit PCM Stereo, in addition to The Queen is Dead film directed by the late, gay filmmaker Derek Jarman.

This might be stretching the definition a little, but here’s why the expanded 60th anniversary CD reissue of Funny Face: Original Soundtrack (Verve / UMe) is included here. The screenplay for the film, which starred Audrey Hepburn, Fred Astaire and Liza Minnelli’s godmother Kay Thompson, was written by gay writer Leonard Gershe. Gershe and his life partner Roger Edens (Judy Garland’s music supervisor and arranger) wrote additional songs for the movie, to augment the ones written by George and Ira Gershwin. Edens also produced the movie. Finally, Funny Face is set in the world of fashion. Gay enough for you yet? If not, definitely take a listen to the songs “Think Pink,” “Bonjour, Paris!” and “On How to be Lovely.”