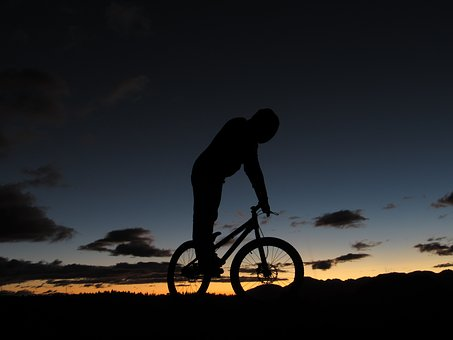 Outside of my life as an activist / columnist / freelance musician, the job that keeps a roof over my head and entirely too much pizza in my diet is as a front desk agent for a hotel. Most of my shifts are uneventful, the most exciting part of the evening being the 15 minutes I eat my salad. The night I met Bo was no exception.

It is not uncommon to have people ask to wait inside our lobby to escape the elements in the winter, and the night I met Bo was one of those. It was an exceptionally slow week night. I was about to eat my dinner, when a visibly homeless young man walks inside with a bicycle and asks to use an outlet for a few minutes. As he charged his phone, he started a conversation with me. His name was Bo, and he had just been dropped off in town by a man from Richmond who had taken pity on him. He was barely 18, and I found myself compelled to give him my sandwich. He was very appreciative and left soon after, and I figured that would be the last I saw of him.

Over the next ten days, I saw Bo five more times. Each night would be the same; he politely asked to use the restroom and charge his phone. I packed extra food in case he showed up, and gave him a toothbrush, toothpaste, and some deodorant from the amenities we have for guests. He would always leave without needing to be asked, and as he came in more, I got to know more about him. He was in Richmond living with an aunt, who sent him packing with no legal documentation or means to survive. Bo was alive because he was good-natured and lucky. He knew he was not a saint, and he also knew he needed to rise above his circumstance, he just did not know how. I helped him set up a mailbox to get mail and have an address so he could look for employment, and I looked up every single resource, number, and service I could find for him. Before the last time I saw him, he added me on Snapchat, and I made sure to use it to make sure he was okay. March 25th Bo was found dead in a park. I found out about it from a co-worker who had known I had been trying to help him. He died from riding his bike into a construction column and had blunt force trauma. He had managed to make it to a park before succumbing to his injuries. There was no obituary, there was no service. There was a two-paragraph blurb about it in a local newspaper that was quickly inundated with assumptive comments. I spent most of last week in a fog of lost thoughts and confusing emotions. I am mad an 18-year-old kid died in a park with no one around who loved him. I am mad because at the same age, I was doing the same dumb 18-year-old stuff Bo was, the only difference being that I had parents who made sure I came home every night. I am heartbroken that a kid who wanted to go into the army or become a welder will never get the chance, and above all; I am mad a kid died, and no one mourned him. I have two tattoos on my arm for people I knew that are no longer with us, and I plan on getting a bicycle for Bo. He deserved more than that, but at least in some simple way, there will at least be one tribute to the fact that at least for a short while, Bo lived on this Earth, and if no one else mourned his loss, at least now people know that he lived.