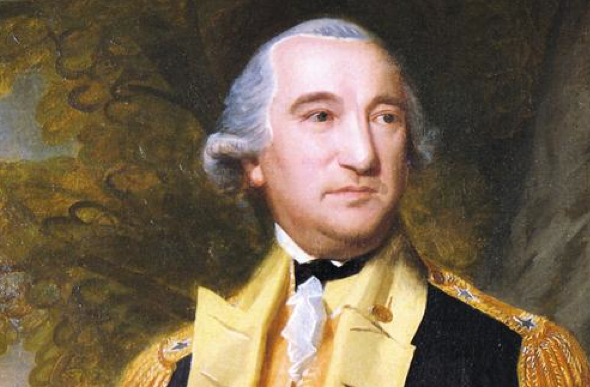 Readers here know my passion for LGBT history and my almost-decade-long research and writing on my favorite gay historical character – and I do believe he was a character. He is Baron Friedrich von Steuben. And there’s a longer version of his name, but that will do.

It took years, but the research many of us have done is finally being acknowledged by most reputable historians, The Museum of the American Revolution and the Steuben Society of America itself, that von Steuben was a gay man. That’s very important – maybe the most important LGBT American-history fact there is. Let me explain why.

Von Steuben, a Prussian military genius, was brought to the US to assist General George Washington, who, with his ragtag revolutionary Continental Army, was losing the revolution. Von Steuben brought order, sanitation and discipline to Valley Forge and wrote a book, which would become the US code of military conduct until the War of 1812.

Here’s the point that should be shouted: Without von Steuben, a gay man, there would be no United States of America.

I thought about all that research of almost a decade now as I watched this segment from “The Rachel Maddow Show” on July 6th, which has once again made Van Steuben the go-to guy, this time on the issue of immigration, since, as you can guess, he was an immigrant – a gay immigrant, without whom there would be no USA.

Mark Segal is publisher of Philadelphia Gay News. His new memoir And Then I Danced is out now. This was first published in the Philadelphia Inquirer.