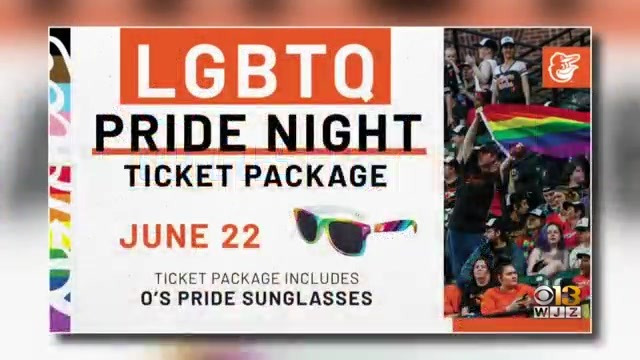 Dallas, TX – Matt Douglass writes in Queerty that in 2001, the Chicago Cubs hosted Major League Baseball’s first public event marketed toward the LGBTQ+ community. Slowly but surely, year after year, more teams began announcing Pride Nights at their ballparks. Take a quick glance at MLB’s 2021 June calendar and, in recognition of their diverse fan bases, you’ll see Pride month promotions on all but one of MLB’s teams’ schedules. The lone holdout? You guessed it. My beloved Rangers. Adding a promotional Pride Night to a team’s schedule may seem like a meaningless gesture designed merely to juice ticket sales for a single day, but it’s certainly not meaningless to the gay kids growing up in rural communities. Nor to their parents. To this day, I feel unseen and unvalued by the franchise that I’ve rooted for since Pete Incaviglia’s rookie season.

Some would point to the geography and politics of the state as an excuse for Rangers brass refusing to hold a promotional Pride game. Except the Stars, Wings, FC Dallas, and Mavericks all hold Pride events each season and have for many years. So, this isn’t a DFW market thing. This is very clearly a courage thing. Or, to be more precise, a complete lack of courage on the part of team owners (Ray Davis & Bob Simpson) and management (Neil Leibman, John Blake, Jon Daniels, Chris Young, Chuck Morgan, Chris Woodward). Is this what they want their collective legacy to be, while at the helm of this franchise? If Rangers leadership wants to know what they’re risking by continuing to stand in glaring opposition to a more inclusive social fabric, they need look no further than the infamous legacy of Tom Yawkey and the Red Sox at the tail end of baseball’s integration of Black players.

Standing in stark contrast to the Rangers are the San Francisco Giants. Just last weekend, they blazed a new trail for other franchises to follow when they not only flew trans and pride flags at Oracle Park, but even adorned their hats and jersey sleeves with the rainbow colors of the Progress Pride flag and had the fabulously talented Honey Mahogany sing our National Anthem. There are hundreds of thousands of queer kids in Texas right now whose mental health and relationships with their families depend greatly on the example set by our surrounding culture, its media, and–yes–even our communities’ sports teams. So, what are the Texas Rangers waiting for? It’s far past time they at least do the bare minimum: make 2021 the final year without an LGBTQ+ Pride Game in Arlington. (Queerty – at Matt Douglass at https://www.queerty.com/grew-rooting-texas-rangers-every-pride-season-betray-fans-like-20210609?utm_source=Queerty+Subscribers&utm_campaign=c6ee983fb7-20210609_Queerty_Newsletter&utm_medium=email&utm_term=0_221c27272a-c6ee983fb7-431876119)