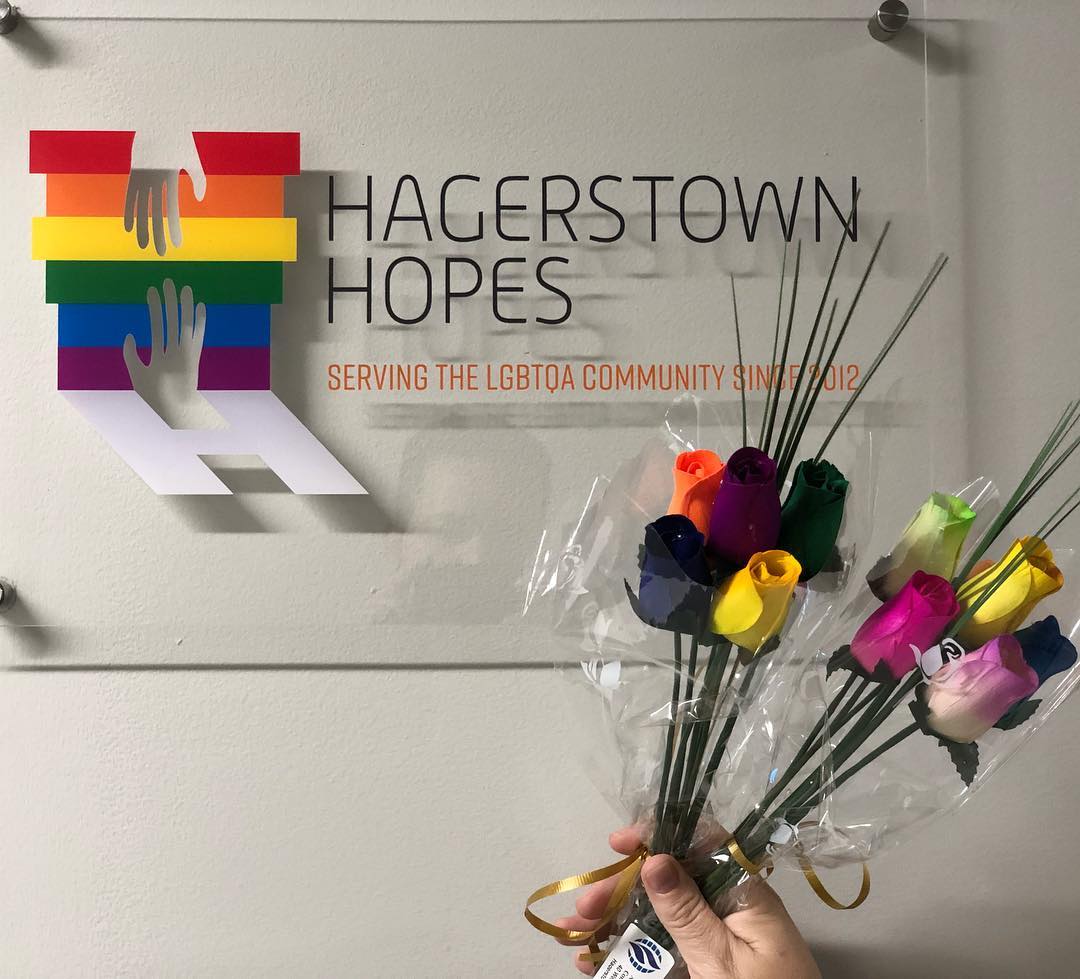 When I first met Jeff Rohrer, he shared with me a lesson he learned a long time ago: If you want something, you have to ask for it. This philosophy has served Rohrer well, helping him and his drag alter ego, Ashley Bannks, win Miss Gay Maryland America in 2002. Now, as president of local LGBTQ nonprofit Hagerstown Hopes, Rohrer is using his motto to help and serve our community, and with great success.

May 1st was a big day for Hagerstown Hopes. The first day the new Hagerstown Hopes community center was open to the public coincided with Washington County Gives, a 24-hour web-based fundraiser for nonprofit organizations in the county. I was out running errands when a Facebook notification alerted me that the community center was officially open, so I decided to stop by. I’m glad I did.

What I found amazed me. Located in Mulberry Lofts, a renovated factory that houses several other nonprofits, was a team of community members gathered to celebrate the center’s opening. Though at first glance they seemed to be a group of longtime friends hanging out, I soon found out they were also hard at work.

Several laptop computers were in use, spreadsheets were being made, and phones were being used to livestream the day’s events, all in an effort to reach out to the community. The mission was twofold: to inform the community about the new community center and to ask for its support in helping Hagerstown Hopes achieve its mission of providing a safe place for our community, to provide necessary and meaningful services, and to organize what I’m told will be an exceptional Pride festival (July 14th – mark your calendars).

All their hard work paid off. Throughout the day, Hagerstown Hopes raffled off prizes from a number of local businesses, maintaining an almost constant interactive web presence. Participating businesses included Sagittarius Salon and Spa, Theraspa and Salon, Flower Haus, and Washington County Playhouse. Hagerstown Hopes asked for help, and the community came through for them.

But it was an auction, not a raffle, that provided the most excitement of the evening. Local celebrity Lolli Cox, owner and designer of Rox by Cox, stopped by to auction off a set of custom-made jewelry, along with a wig designed and donated by In2gr8ion. You may have seen Cox’s jewelry on “Rupaul’s Drag Race,” where her designs have become favorites of a number of high-profile performers.

The popularity of Cox’s jewelry resulted in a bidding war, requiring several people to track and update the ever-growing bids. Cox hosted the cyber auction herself, with help from Robert Medina who serves as Chairman of Strategic Planning for Hagerstown Hopes. Cox also shared the center’s new nickname, Hagerstown Hopes Hub, with her followers, laughing that she just loved the alliteration. At the end of a very tense and exciting hour, over $400 had been raised.

Now that the center is open, consider taking a page from Rohrer’s playbook. If you see a need in the community, ask that it be addressed. As we just learned, we have a community of people ready to help; they’re just waiting to be asked.