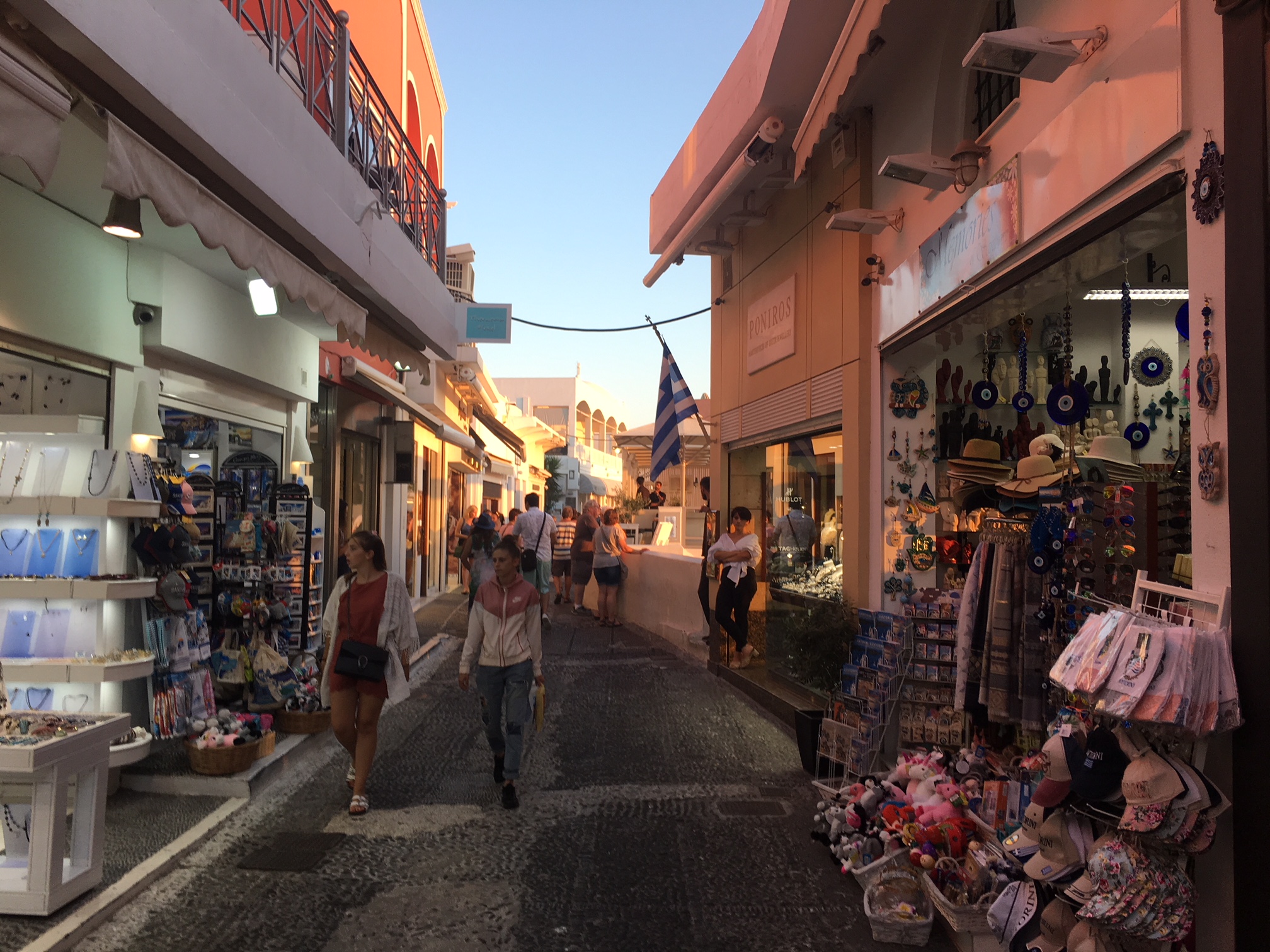 Santorini, Greece, is one of the most magnificent places on earth. A billion pictures of the crescent-shaped island 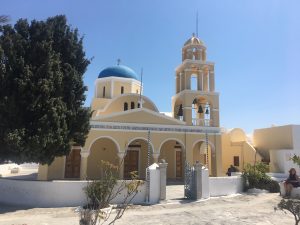 would not cover all of its beauty. It is in the southern Aegean Sea, a little more than 120 miles from Greece’s mainland. At one time, it was a single oval-shaped island until an enormous volcanic eruption in the 16th century BC created a caldera. Santorini’s pre-eruption shape and location is what some people believe Plato references when he describes Atlantis. Today, Santorini is a collective of pieces of land separated by the ocean. Santorini includes the populated main island of Santorini and Therasia and the unpopulated tiny islands of Nea Kameni, Palaia Kameni, Aspronisi, and Christiana. Although it’s a popular tourist spot, it’s known for more of a romantic getaway than a party town. Santorini’s picturesque small towns, beautiful beaches, and LGBT-friendly atmosphere make this island an attractive place to visit.

Fira is its capital and the biggest town on the island, on its western edge. It has small walkways that are stacked on the side of the mountain that lead to several restaurants, bars, and clubs. On top of the mountain, it has a downtown area with alleys that are filled with souvenir shops and clothing stores. There are also two popular museums: Archaeological Museum of Thera and the Museum of Prehistoric Thera. Both museums offer historic stories and artifacts from the island. 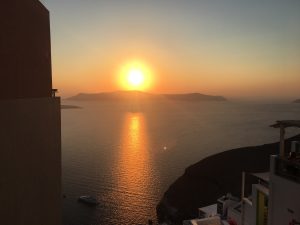 Oia is a town that is popular with camera-savvy tourists. It is located on the northwestern coast and is probably one of the most famous places on earth to watch and film the sunset. It has beautiful white-blue houses and churches that are fastened to the side of the mountain. There are narrow paths that lead to art galleries, bars, and restaurants. At the bottom of the mountain is the Ammoudi Bay where there is a row of seafood restaurants that serve fresh seafood. They also serve some of the island’s unique foods. Because of Santorini’s ecology and climate, its volcanic ash soil procedures cherry tomatoes that are extremely sweet and white eggplant with few seeds that can be eaten raw.

There are several popular beaches in Santorini and some come in different colors. Depending on which geologic layers are exposed, you can have a Black Beach, a Red Beach, or a White Beach. Because much of the area is made of heat absorption lava, the sand acts as a thermometer: the darker the sand the warmer the water.

The Black Beach, also known as the Perissa Beach, lies at the base of Mesa Vouno Mountain. The scenery of the black lava sand with the crystal clear water is unforgettable. It is Santorini’s most famous and one of its largest beaches. Protective footwear is recommended because there are sharp rocks in the water. The area has several restaurants and beachside bars that offer great food and relaxing environments.

The Red Beach, also known as the Akrotiri Beach, is located in the southern part of Santorini. It is red from the erosion of the mountain behind it. It can only be reached by climbing a small hill and going through a narrow path or by boat. There are no shops or restaurants because of its location.

The White Beach is also located on the southern side of Santorini and it is similar to the Red Beach, except that the 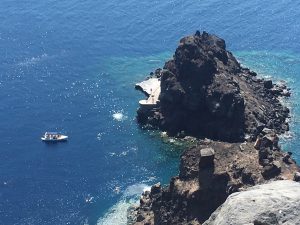 surrounding cliffs are white and it is much smaller. This beach is accessible only by boat. The choppy water around the White Beach that is tucked in a corner makes it difficult to get to.

The best way to see all of the beaches is to hire a tour guide with a boat. My Blue Cruises (Mybluecruises.gr) provided a wonderful tour and the tour guide was a lifelong resident, so he knew all the cool spots.

Santorini is referred to as the second most gay-friendly island in Greece (first being Mykonos). Although there is not a specific LGBT venue, many restaurants and bars advertise that they are LGBT friendly. There is even an LGBT Santorini Facebook page. It is also not uncommon to see same-sex couples holding hands and enjoying the sunset. 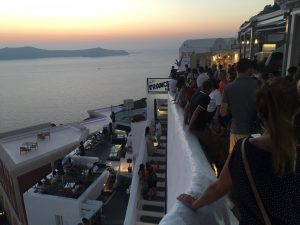 The most popular Santorini beach for LGBT visitors is Cape Columbo.

Santorini is an expensive trip, so staying on the island for just a couple of nights is pricey, but well worth it.

So even if it takes a year to save to visit, it is well worth it.