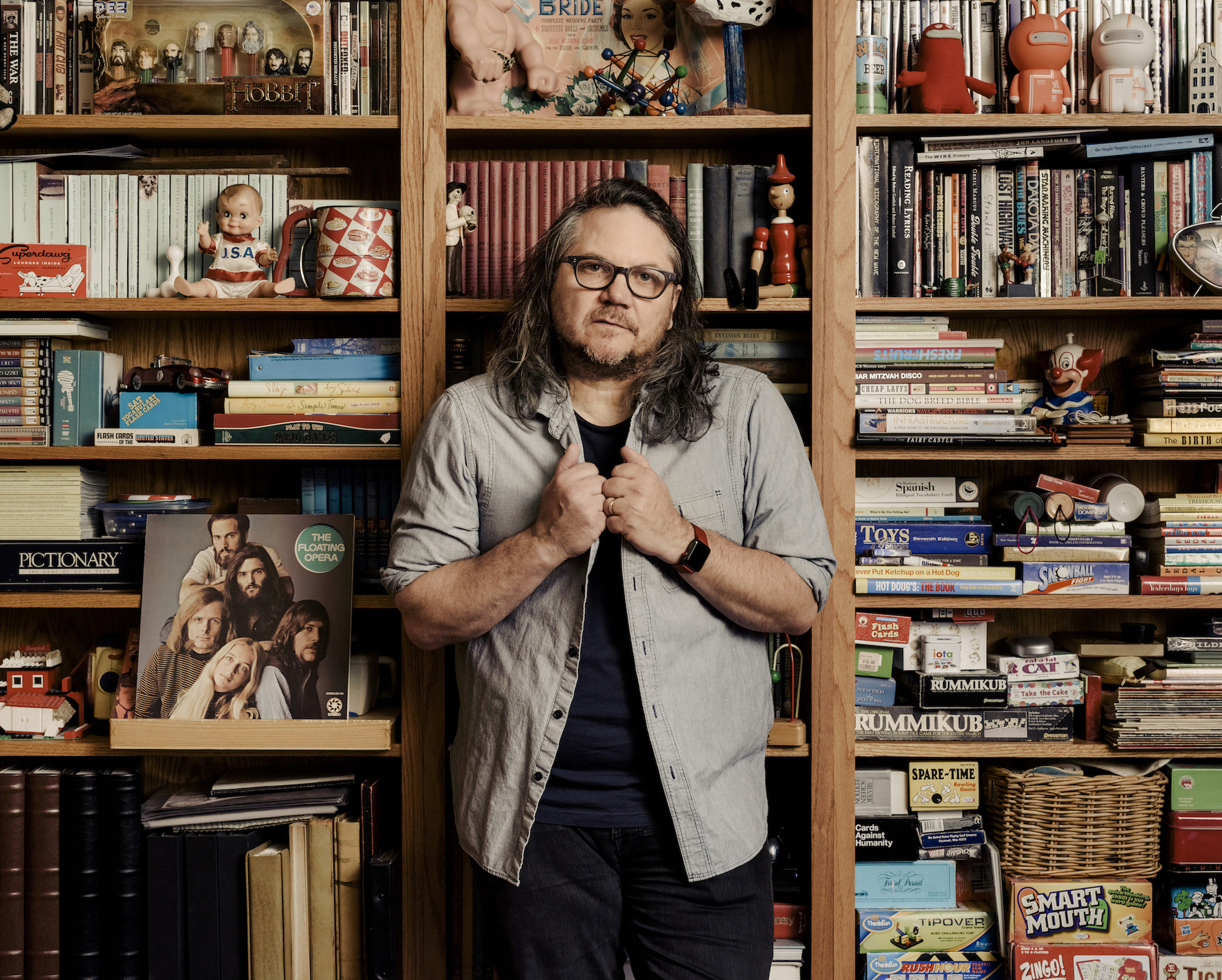 The suitably titled Warm (dBpm), the first proper solo album of all original material by Jeff Tweedy (of Wilco and Uncle Tupelo fame), is the kind of musical project that will please the artist’s fans, regardless of when they became followers. As personal as it is universal, the sincerity of the 11 songs on Warm generate a welcome ardor similar to what we heard Kacey Musgraves do on her lauded Golden Hour album. Even the most removed listener can’t help but be moved by songs such as the exquisite “How Hard It Is For A Desert To Die,” “From Far Away,” “Having Been Is No Way to Be,” “I Know What It’s Like,”  “How Will I Find You?” and the John Lennon-esque “Bombs Above.” Tweedy also breaks up the serious nature of the album with songs such as the subtle humor of “Don’t Forget” and storm beckoning “Let’s Go Rain.”

One of the original founding members of the Australian band the Go-Betweens (“Streets of Your Town”), Robert Forster has been sporadically releasing solo album for nearly 20 years. His latest, Inferno (Tapete) is a welcome addition to his canon. The songs nicely alternate between sunny pop numbers  such as the irresistible “Inferno (Brisbane in Summer),” “I’m Gonna Tell It” (which comes across like a long lost Velvet Underground song) and “Life Has Turned a Page” (on which you can hear Forster’s wife Karin Bäumler provided backing vocals), and mood pieces such as “I’ll Look After You,” “Crazy Jane On The Day of Judgement,” and “One Bird In the Sky.”

Solo albums have long been a productive way for musicians to stretch muscles that may be otherwise sitting dormant. Elastic Days (Sub Pop) by legendary Dinosaur Jr. front-man J Mascis is a good example of this. An audible departure from Dinosaur Jr.’s trademark alternative rock crunch, the dozen songs on Elastic Days are admirably mellow and electrically charged without being washed out. Highlights include “Drop Me,” “Sometimes,” “Give it Off,” “See You at the Movies,” “Picking Out the Seeds,” the subtle twang of “I Went Dust,” and the title track.

If you don’t immediately recognize the name Nat Freedberg, perhaps you know him better as Lord Bendover from rock novelty act the Upper Crust. Dressed in 18th century period attire and powdered wigs, the Upper Crust was in on the joke as they played a style of rock that combined metal, glam, and a heavy dose of camp. For Freedberg’s solo album, Better Late Than Never (Rum Bar), featuring “love songs, sad songs, songs about the devil,” he is joined by a stellar line-up of Boston musicians, giving him the chance to rock us to our core on the songs “All My Love,” “I Think I Died and Went to Heaven,” “World To Come,” “Queen for a Day,” and “Heavy Metal Cow.”

Known for leading a number of blistering garage rock acts including Pussy Galore, Jon Spencer Blues Explosion, Boss Hog and Heavy Trash, Jon Spencer officially steps out on his own on Spencer Sings the Hits(In the Red). Fear not, Spencer doesn’t veer too far from his trademark scuzzy fuzz rock on the album’s 12 songs, the best of which includes “Time 2 Be Bad,” “Fake,” “Wilderness,” “Ghost,” “Overload,” “Alien Humidity,” and “Love Handle.”

When you stop to think about it, a lot of cool bands have roots in Ohio. Devo, Pretenders, Pere Ubu, and later The Black Keys and Afghan Whigs, to mention a few, all have connections to the Buckeye State. One of the best, albeit short-lived band was the Waitresses, known for the songs “I Know What Boys Like,” “No Guilt,” “Christmas Wrapping,” and the theme song to the early 1980s Sarah Jessica Parker sitcom “Square Pegs.” Chris Butler, who was the Waitresses’ leader and main songwriter, has continued making music since the Waitresses broke up and Got It Together (Future Fossil) is his latest. You can definitely hear traces of The Waitresses delicious wit throughout the album’s 16 songs (which includes three demo recordings).

Formerly of Something Corporate and Jack’s Mannequin, Andrew McMahon has been making piano-driven pop music as Andrew McMahon in the Wilderness since 2014. The first few songs on his new album Upside Down Flowers (Fantasy/Crush) set the tone with their personal lyrics. McMahon knows firsthand about what he’s singing about on album opener “Teenage Rockstars.” Having lived in Ohio also gives him a particularly good perspective from which to write the song “Ohio.” In “Blue Vacation,” McMahon the father sings about needing “a place to raise my daughter,” perhaps on a “private island” in “Blue Vacation.” No longer a “teenage rockstar,” McMahon sings like a person with responsibilities and “mouths to feed” (“Paper Rain”).

Sunlight Tonight (Normaltown / New West) is the solo debut album by Parker Gispert of Georgian band The Whigs. With the exception of “Is it 9?,” Sunlight Tonight is a much less raucous affair than you might expect from the front-man of The Whigs. The gorgeous “Magnolia Sunrise” even features a lovely string section.

Andrew McMahon in the Wilderness performs on June 22nd in Dover, Delaware, at Firefly Music Festival.