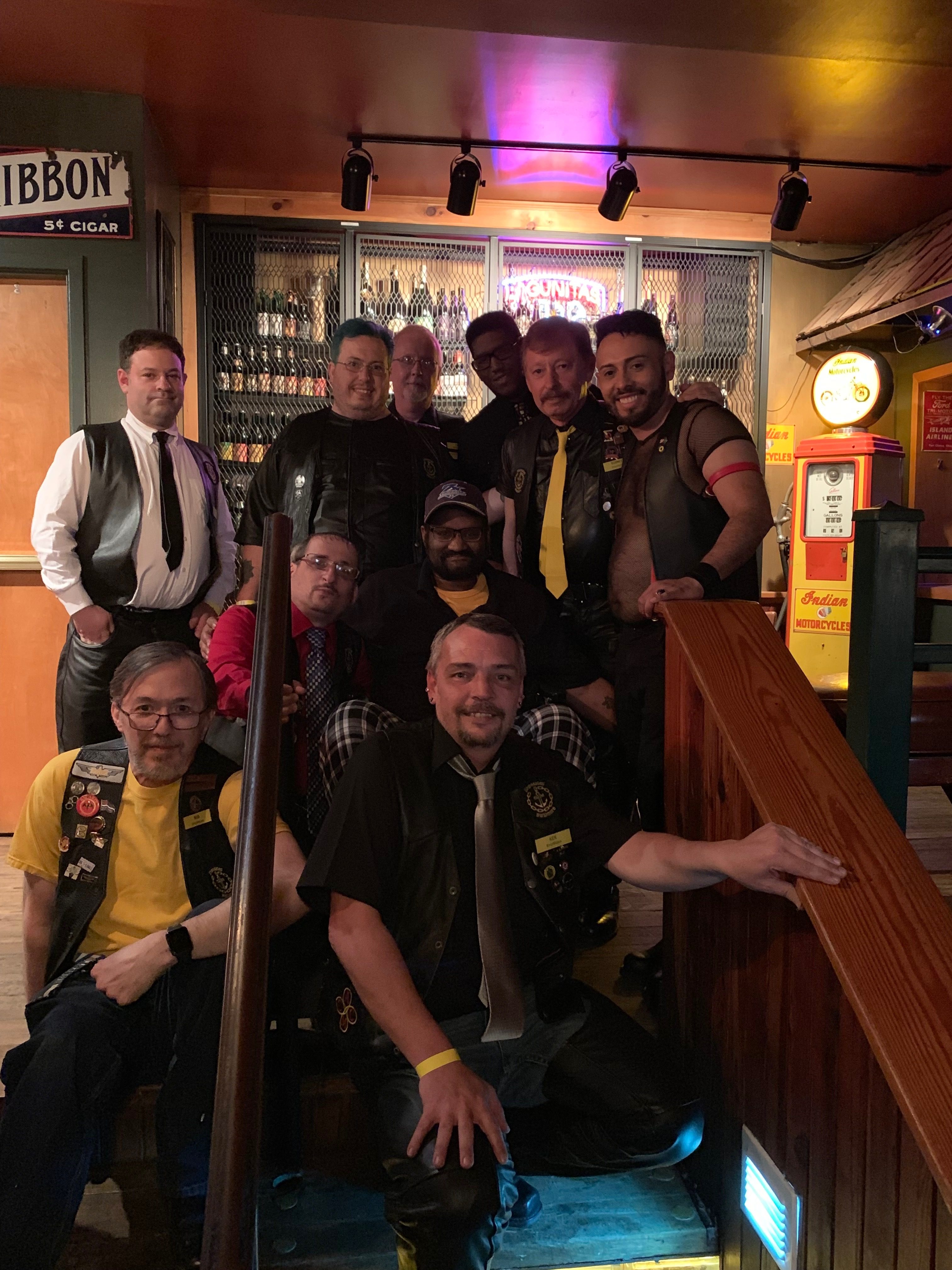 The ShipMates Club of Baltimore, Maryland’s first leather club, toasted 45 years of service to the community with a cocktail party on Saturday, May 4th at Max’s Taphouse in Baltimore’s historic Fells Point neighborhood. It was an evening that will go down in leather history as longtime members of many Mid-Atlantic leather clubs as well as current leather titleholders joined in the celebration.

The three-hour party – which was chaired by ShipMate member David Sugar – not only included lots of food and drink, but there was also a parade of leather club colors, a swearing in of the new ShipMates’ executive board as they gripped a wooden ship’s wheel (in keeping with tradition), and entertainment provided by Baltimore’s Queen of Comedy Shawnna Alexander. Shawnna was particularly hilarious when she performed “Don’t Want No Short Dick Man” while wearing an outfit that included a large inflatable penis. ShipMate President Jahleel presented a small token of appreciation to Rik Newton-Treadway and announced that the ShipMates had voted for his club Hooker & Boys as club of the year for their continued support of the ShipMates. David Sugar took great pride in reading for the crowd a Governor’s Citation signed by Maryland Governor Larry Hogan which congratulated the ShipMates for their many years of community service. After the party many in attendance went on to Leon’s bar for the sendoff party and fundraiser for Mr. Maryland Leather 2019 Scorpius Red who will be traveling to Chicago over the Memorial Day Weekend to represent Maryland at the International Mr. Leather 2019 contest.

Founded in 1974 at the Gallery Bar in Baltimore, the ShipMates continued to not only celebrate the fun and camaraderie that is the leather community, but they have also raised funds for many local charities. Their biggest fundraiser is their annual Daddy Christmas event held traditionally on the first Saturday of December. This year’s Daddy Christmas will benefit CHANA, a Baltimore based nonprofit that helps persons who experience physical, psychological, sexual, or financial abuse. The ShipMates’ Daddy Christmas 2019 will be held on the evening of Saturday, December 7th at the Baltimore Eagle and will include a silent auction, pictures with Santa, a raffle for a wagon of booze, and more. A kickoff to Daddy Christmas called: “Ho Ho in the Heat” is scheduled for Saturday, July 13th at Mixer’s bar. Next up for the ShipMates is a bar night at the Baltimore Eagle on Saturday, May 18th starting at 9:30 pm. You can follow the ShipMates and learn more about their coming events by liking their Facebook page: The Baltimore ShipMates. As readers of this column know, I joined the ShipMates in 1997 and the club has brought me many years of enjoyment as I have made countless friends and have traveled the country attending leather events. The ShipMates are always looking for new members. Find out what has been keeping the ShipMates afloat for 45 years. Come join the celebration!