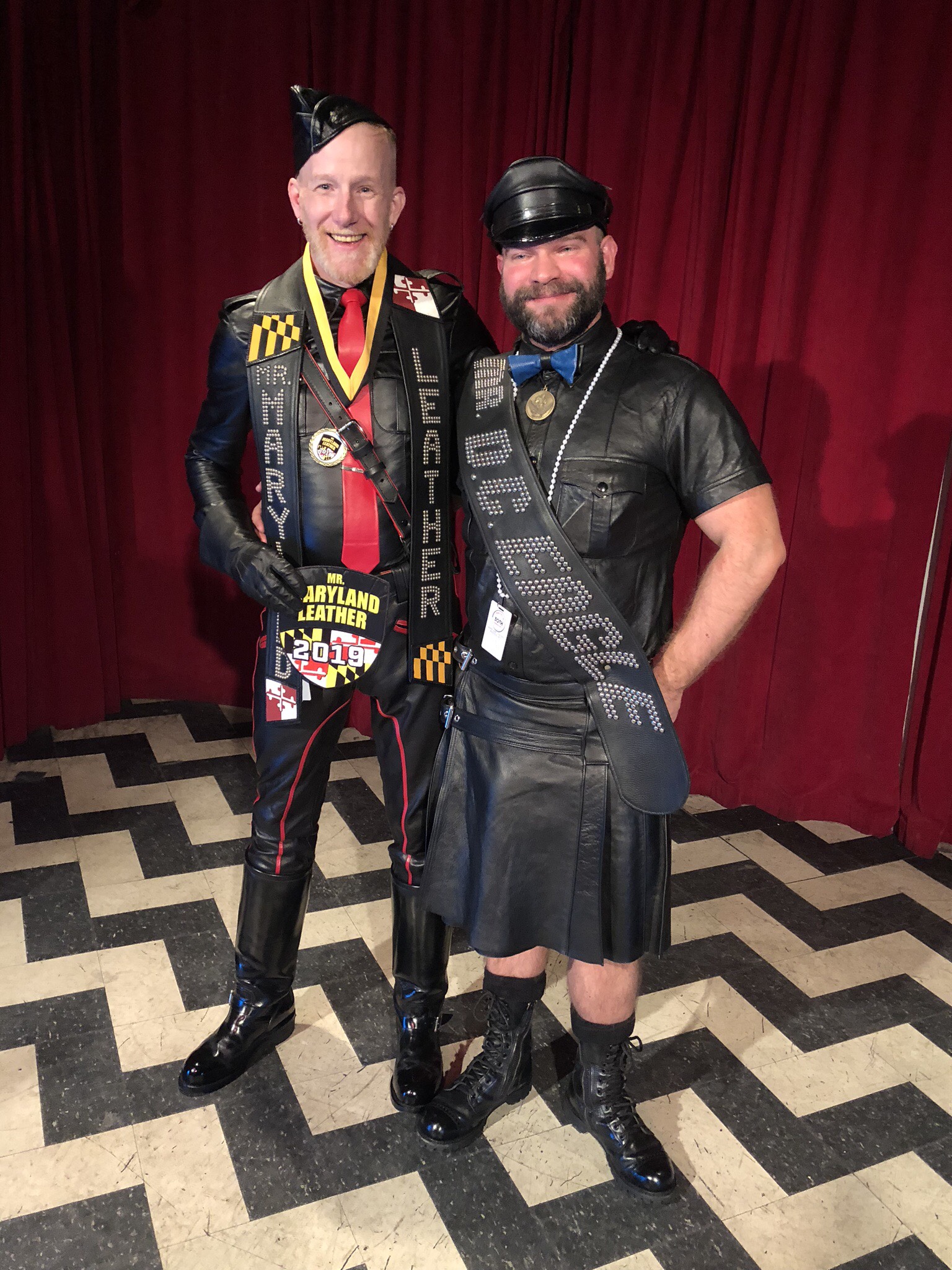 For many people the holiday season is stressful. That period between Thanksgiving and New Year’s is filled with family obligations, shopping and spending too much money, decorating the home, office parties with folks we really don’t want to be with, and lots of running around. Self-care is very important at any time, but we really need to make more of an effort during the weeks leading up to the holiday rush. Before all that madness begins, treat yourself to one of these fun leather events in November.

The first weekend of November belongs to COMMAND MC and Maryland Leather Weekend. The weekend starts on Thursday, October 31st with COMMAND MC hosting happy hour from 5 to 7 pm at Leon’s followed by the popular Pig Sty XI party at Club 1722 (located at 1722 North Charles Street, use the rear entrance off Lafayette) from 8:30 pm until 1:30 am.

On Friday, November 1st other area leather clubs with sponsor cocktail parties at the Lord Baltimore Hotel followed by the official introductions of the judges and contestants for the Mr. Maryland Leather 2020 Contest on the hotel’s 17th floor.

On Saturday, November 2nd the Mr. Maryland Leather 2020 Contest will be held at Ottobar (2549 North Howard Street). Doors open at noon and the contest starts at 2 pm. Be sure to get there early so that you have time to look over the large silent auction. After the contest a victory party will be held for the new Mr. Maryland Leather titleholder starting at 9 pm at Leon’s. The evening will conclude with the Pig Sty XII party starting at midnight back at the Lord Baltimore Hotel. During the party, there will also be the second annual Mr. Maryland Pig Contest. I’m sure the competition will be stiff. A pass for all the events is $89 or you may purchase individual tickets for the contest and parties. Visit Commandmc.org for details.

Also coming up in November is the Chasing Fall Foliage Ride. Get on your motorcycle and join the men of the Spartan MC on Saturday, November 9th for a ride through picturesque Virginia to take in the fall colors. The ride starts at 7:30 am at the Starbucks at 3011 Nutley Street in Fairfax, Virginia. On Saturday, November 9th starting at 7:30 pm you can join the ShipMates Club of Baltimore for happy hour at Leon’s. On Friday, November 15th starting at 8 pm you can be part of the pack with the Capital Pups and Handlers at the DC Eagle. The Mr. Virginia Bear 2020 Contest will be held on Saturday, November 16th from 9 to midnight at The Wave in Norfolk, Virginia. There will also be a pre-contest party that night from 7 to 8:30 pm at MJ’s Tavern. On Friday, November 22nd at 9 pm the DC Boys of Leather have a bar night at the DC Eagle. On Saturday, November 30th Let’s Go Play presents another Harrisburg Pup Night at My Buddies Place at 2380 Susquehanna Trail in Newport, Pennsylvania. There will be a pup social from 5 to 8 pm and a puppy mosh from 8 to midnight complete with a ball pit and great music. Admission is $10.

These are just a few of the leather events in our area in the month of November. Treat yourself to something enjoyable before the rat race of the holidays begins. When November arrives don’t say “Oh no!” Say “Yes!”