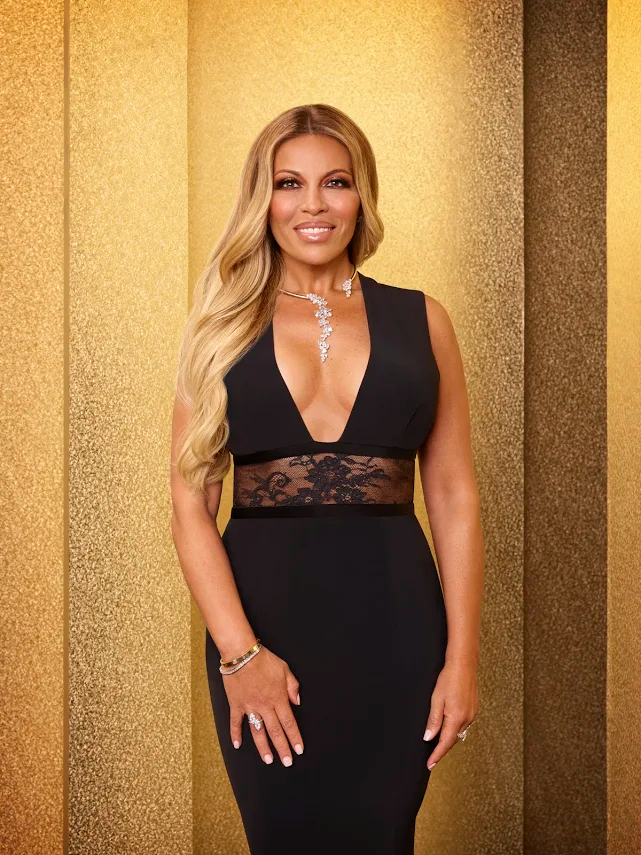 The drama continues to run amok in the Garden State as “The Real Housewives of New Jersey” (“RHONJ”) premiered Wednesday, November 7th on Bravo. As fans have observed from the recent promotional teasers of the upcoming ninth season, the stars of the reality guilty-pleasure find themselves once again at odds with each other. From venom-infused over-the-top arguments to bawdy brawls, these ladies continue to take fans on quite the rollercoaster ride. Baltimore OUTloud recently chatted with the beloved RHONJ star Dolores Catania. Her humorous candor, admiration of animals, and devotion to philanthropic causes continue to set the housewife apart as a true humanitarian.

“There’s a lot of diversity this season,” began Catania. “Of course, when you bring in two new people into the mix of the original people who know each other so long, there’s always going to be something interesting. And some things definitely happen this season. Let’s just say the two new girls are not shy on bringing the drama.”

This season is Catania’s third consecutive as part of the RHONJ family. Viewers have seen Dolores evolve each season, however always remaining true to who she is deep down. “I’m always the same ‘Dolores,’ but I think viewers will get to know me a lot better this season. I think in the last few seasons that I was saturated with a lot of the things going around with other people. However, this season viewers now have the opportunity to see a lot of who I am personally and a lot of about my life. There’s a lot that’s been going on in my life this past year. I’ve been through some very turbulent times, and I think that it will resonate and allow me to connect with a lot of viewers. There’s something really big that happens with my ex-husband Frank, and it is something very pivotal. I think you’ll see how we handle that.”

Catania also teased, “There is one scene this season on our cast trip that is, in my opinion, the most epic scene in ‘Housewives’ history. The argument that’s teased in the trailer where I say ‘Oh, shit,’ trust me … I meant ‘Oh, shit!’. It’s going to go down in ‘Housewives’ history that this is as Jersey as it gets. Even one of the bodyguards who was nearby said that this scene was like something out of Goodfellas. It will involve everyone in the show. You cannot miss it!”

In the previous blockbuster eighth season, viewers saw Catania’s friendship with cast member Teresa Guidice bristle at times. This season, the two friends seem to be back on steady ground. “Teresa and I are fine. Our friendship is solid. An over 30-year friendship doesn’t end on rocky times. A relationship that is as long as ours is won’t break up simply over things that may happen. Teresa had a lot of things going on last year, especially with the passing of her mother. I wouldn’t ever hold anything that she said last year against her considering what she was going through.”

Last season, we also saw the exit of Catania’s ‘partner-in-crime’ and castmate Siggy Flicker. “Siggy and I are still close. I don’t get to see her and talk to her as much, but we’re still there for each other. She has been travelling as much as me, and she’s been back and forth from Florida and to Israel. She and her husband Michael are better than ever. She also recently had ankle surgery, but that won’t hold Siggy down for long!”

Regarding her relationship with some of the new ladies joining the cast this season, Catania added, “I’ve always credited myself as being a good friend. But it takes me a while to call someone a ‘friend.’ I just don’t call someone I may have met two minutes ago a ‘friend.’ I really have to get to know them before I open myself up to someone. Whoever is in my world, I have to trust them. I’m open about my life and my feelings, and I want to have that trust with someone in my life if they’re going to be my friend.”

For the charmingly delightful Catania, however, it is her role as mother that is of utmost importance in her life. “My daughter Gabby is on the dean’s list in St. Kitts at vet school right now and working so hard. Many don’t realize there is so much hard work that goes into becoming a vet, but it’s really starting to click and flow for her. Her grades are unbelievable! Along with her education, she’s also helping to write a medical protocol on the island she’s on right now, helping orphans, and fostering many dogs who are suffering, all while studying. She’s just unbelievable! My son Frankie is doing incredible, as well! He has a 4.0 GPA at Sacred Heart College and just bought his first house. My kids have worked every summer since 11 years old. Frankie has a fantastic work ethic. I’m also so excited because Frankie is also now doing business with his father, Frank. You’ll see the new business this season. They’ve gone into the house-flipping business, and you’ll see why on this season. Frank and I have also become partners in business again.”

Working tirelessly for important causes close to her heart of gold is what also sets Catania apart from other “Housewives.” She continues working closely with St. Joseph’s Hospital in Paterson, New Jersy. “I’m working on a Christmas party for the foundation there, right now,” Catania explained. “Along with the hospital, my biggest charity work right now is for the Hilltop Family Shelter in Paterson.” Catania added that even though her heart will always be present while working with such animal charities as the Onyx & Breezy Foundation, her passion has now turned to a homeless shelter for women and children in her former hometown. “I found out that this organization needed a lot of help, and no one really knew much about it. I stumbled on the organization from my brother, who told me about this shelter. From there, I’ve been really getting involved with the shelter and working closely with the mayor in Paterson. The mayor and I are working together to help restore the city of Paterson and the people in it.”

As Catania’s celebrity star-status continues to rise as a “Real Housewife,” it’s obvious that her unbounding love and devotion to her children, family, and people in need allows this housewife to shine both the brightest and realest as a person.

To find out more about the philanthropic causes near and dear to Dolores’s heart, follow Dolores on Instagram @dolorescatania and tune into “The Real Housewives of New Jersey” airing on Wednesdays at 9 pm.