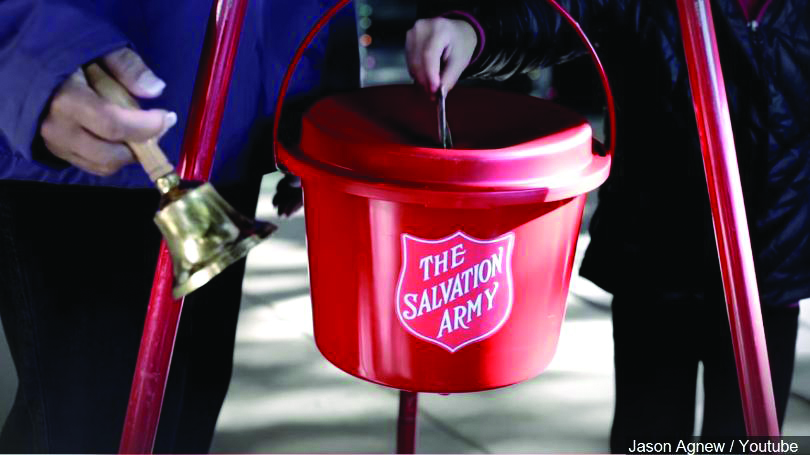 Dallas – The Salvation Army has released a statement about the LGBTQ community following allegations that the group was anti-gay. The organization said: “We’re saddened to learn that a corporate partner has felt it necessary to divert funding to other hunger, education, and homelessness organizations – areas in which the Salvation Army, as the largest social services provider in the world, is already fully committed. We serve more than 23 million individuals a year, including those in the LGBTQ community. In fact, we believe we are the largest provider of poverty relief to the LGBTQ population. When misinformation is perpetuated without fact, our ability to serve those in need, regardless of sexual orientation, gender identity, religion, or any other factor, is at risk. We urge the public to seek the truth before rushing to ill-informed judgment and greatly appreciate those partners and donors who ensure that anyone who needs our help feels safe and comfortable to come through our doors.”

The partner in question is Chick-fil-A, which in 2020 and beyond, will stop contributing to the Salvation Army and the Fellowship of Christian Athletes due to their new giving protocol, which takes them from multi-year commitments to a year-to-year philanthropic approach. In this new direction, the chicken-sandwich chain will use a “more focused giving approach” with monies being directed to organizations working on the areas of education, homelessness, and hunger, as well as Junior Achievement USA, and Covenant House, MarketWatch reported.

Earlier in November, singer Ellie Goulding threatened to cancel an appearance at the Dallas Cowboys’ Thanksgiving day game, the Washington Times reported. Goulding’s research resulted in her telling her Instagram followers that she had no choice but to pull out of the show unless the Salvation Army made a pledge or contribution to the LGBTQ community. This all came about after Goulding shared a photo of her working at a New York City shelter with the Salvation Army which caused a backlash, the Times added.

The organization said that it was a “myth” that they were discriminatory toward LGBTQ individuals and groups. According to the Times, the Dallas Morning News shared a statement from National Commander David Hudson in which he said, “With an organization of our size and history, myths can perpetuate,” adding, “An individual’s sexual or gender identity, religion, or lifestyle has no bearing on our willingness to provide service. We stand firmly behind our mission to meet human needs in His name without discrimination.” With Goulding back on for the halftime show, Hudson told Fox News, “We’d like to thank Ellie Goulding and her fans for shedding light on misconceptions and encouraging others to learn the truth about the Salvation Army’s mission to serve all, without discrimination. We applaud her for taking the time to learn about the services we provide to the LGBTQ community. Regardless of race, ethnicity, sexual orientation or gender identity, we’re committed to serving anyone in need.” The football game served as the kick-off for the Salvation Army’s Red Kettle campaign, Fox News reported. Info from: Salvationarmyusa.org, Bit.ly/33iE6wH, Fxn.ws/2qHCIX5, On.mktw.net/2Om6pGp, Bit.ly/2XKlPal. (Q Notes Online – Lainey Millen at Goqnotes.com/64370/service-org-releases-statement-on-stance)