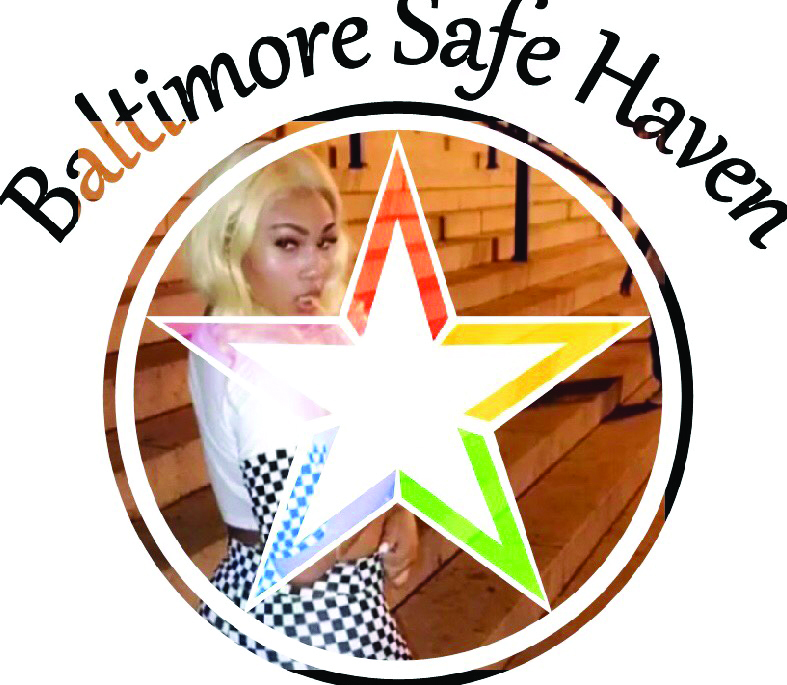 “Baltimore is a genocide to its own people,” Iya Dammons, director of Baltimore Safe Haven, declared on September 2nd, two weeks before her nonprofit drop-in center’s official opening. Dammons was leading a meeting to talk about immediate issues that the LGBT community – and more specifically, the black trans community face on a daily basis. Safe Haven offers services such as temporary housing, safe sex kits, professional training, clothing, and syringe exhange to address homelessness and lack of resources, what Dammons says is at the root of LGBT inequality.

A little less than a year ago, Dammons found herself, a black trans woman, on the streets, “strung out,” suffering from mental health issues and homelessness. Forced to fend for herself, she turned to sex work to survive and sustain a minimal income. “Homelessness played a big part in my survival. I was doing survival sex work to eat, I had to pay my cellphone bill, and this is the way that I payed my cellphone bill.” Recalling her past, she went on to explain the instability a person like her faces in the street. She lived her life day to day, not knowing whether where she was going to sleep that night would be a friend’s couch or a hotel room that she managed to pay for.

Last November, Dammons’ living situation became intolerable after she was involved in a coercion case. A police officer in Washington, DC, lured her into an alley, forcing her to perform oral sex on him in exchange for no arrest. Feeling pressured and scared, Dammons engaged, and in that moment, she decided this was not the life she wanted to live. The incident made the news and was brought to court, the publicity forcing Dammons to stop sex work immediately. After rehabilitation and a settlement, the now-executive director seeks to help “her next generation.”

For those familiar with transgender issues, Iya Dammons’ story is not uncommon. In a 2019 report, the Human Rights Commission noted that trans women of color represent the demographic most at risk for violence and death in the LGBT community. The group has tracked 17 deaths of trans people nationally this year, not including those crimes that are unreported or victims that are misgendered. Of those deaths, the majority of people killed were trans women of color. In Baltimore, the dangers of being black and trans in the city are no less serious. In April, the community mourned the loss of Brittany Fleming, a woman who died of an overdose. Over Labor Day weekend, the Washington Blade reported that Bailey Reeves, a black, teenaged trans girl was fatally shot on Parkwood Avenue.

“It’s kill or be killed,” Dammons said blunty, sitting on the black leather couches that make a communal living room in the Safe Haven building. Often, trans women are put in particularly difficult situations – disowned by their families, discriminated against by employers and landlords, and forced onto the streets without means to survive.

“I was bullied, and people really didn’t like my sexual orientation as a trans woman,” Dammons says. “As I went to get jobs people would be like, ‘Well, your ID says you’re this person, and it has an M, and it was how people felt about me as a trans woman. If I stood at someone’s house, they wouldn’t rent.”

The organization seeks to address issues of homelessness and personal safety head-on. Safe Haven provides access to a shower, clean clothing, gender- and name-change forms, condoms, lube, a permanent address, a bed, syringe exchange, drug rehabilitation, and legal counseling. The building also has a classroom, where Dammons and her staff foresee professional and vocational training, mock job interviews, and resume writing – all critical skills people need to lift themselves out of unstable living situations. “Baltimore Safe Haven gives individuals something to get them to the next level,” she says. “Basically, getting them a job is getting to the grassroots.”

Iya Dammons is the only black trans executive director serving her community in Baltimore. Her position is unique, allowing her to mentor LGBT youth who struggled as she did. During Safe Haven’s meeting, Dammons motioned for a young girl milling about in the common room to join the meeting. Dammons urged me to hear her speak. A girl in her late teens, she was starting school the next day and needed money. She applied for a job and encouraged the rest of the room to “pray for her.” But to survive, she still engaged in sex work occasionally. She said she tries not to do sex work that much anymore because she wants to maintain good health.

Afterward, Dammons commented, “As you’ve seen in there – what the 19-year-old little girl told you – [people] could be bullied by their parents, could be, ‘Oh you’re gay, so you can’t stay here.’ So, this is for them, for those who do not have anyone to wipe their tears. I am here. Baltimore Safe Haven is here.” t 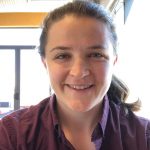 Lauren Vella
Lauren Vella is a journalist based out of Baltimore, MD. Currently, she is a remote editor for Providence Media, a publishing company that produces five regional monthly magazines for different parts of Rhode Island. When she's not viciously typing away at her laptop to meet a deadline, Lauren enjoys getting lost in a New Yorker magazine, trying new beers, eating all the bread and pasta in existence, and doing outdoors-y things with her girlfriend. She's also a HUGE television fan and could talk for hours about the way that media, books, and music converge to influence our American culture. You can find her on social media here: