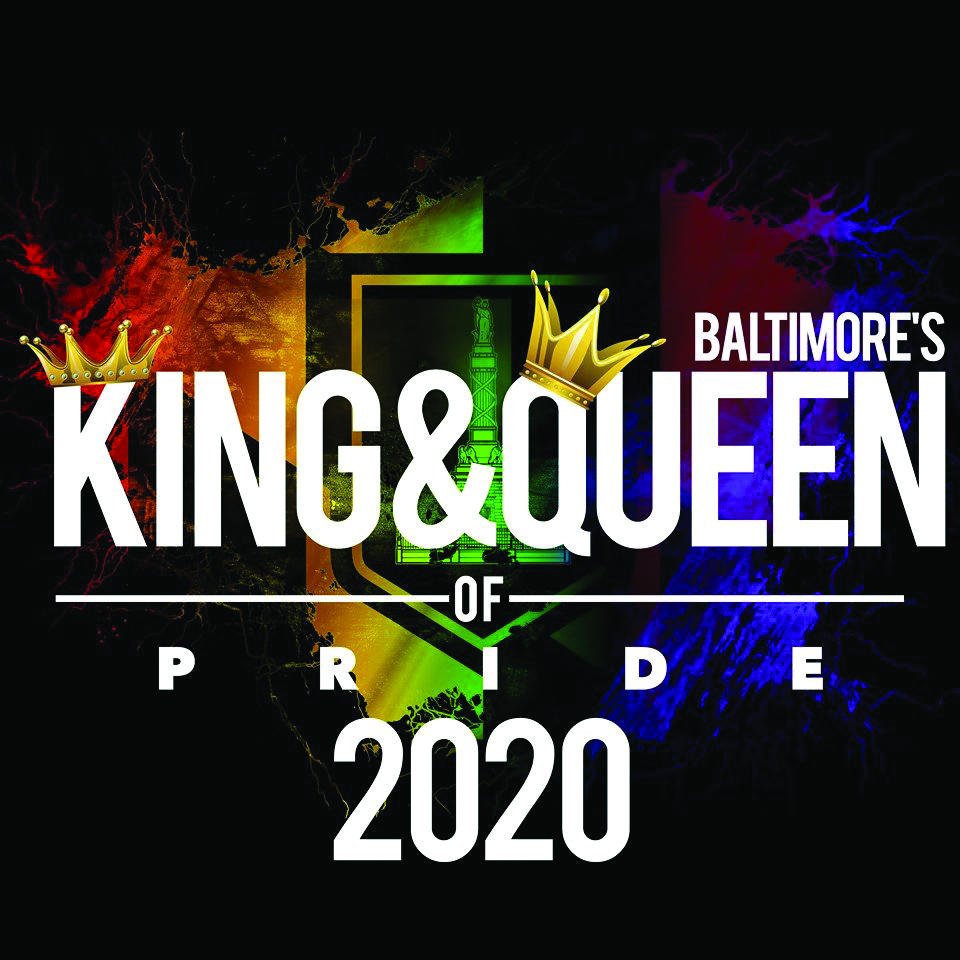 Baltimore OUTloud had the opportunity to sit down and chat with Rik Newton-Treadway, one of the three promoters who put the annual King and Queen of Pride event together. (Full disclosure: Baltimore OUTloud is the event’s proud media sponsor!)

This year we’ll be crowning the 30th queen and our 20th king, and support for the new royalty is incredible. Rik was able to give us some of the event’s storied history. “Back in 1990 when this all started, the way you were crowned was to raise the most money for a charity of your choice,” Rik explained. “Our first Queen was Chantel McGee, followed by Tia Chambers for two years, and then Shawnna Alexander for another two years.” This was all done together with what was known then as the GCCB (Gay Community Center of Baltimore), later to be the GLCCB (adding “Lesbian” to the name), and now known as the Pride Center of Maryland. “In 1995 they started to do it as a contest and there was a panel of judges who picked the winners. In 2001 at Club Hippo our first elected king was crowned. Ever since then the contest has been open to all.”

This year’s contest is being held on Friday, September 20th at the Motor House (120 West North Avenue, Baltimore). The doors open at 7 pm and the contest starts at 8. A donation of $20 is being asked at the door, or tickets can be purchased through the Facebook page.

Rik went on to tell Baltimore OUTloud that the king and queen titles are open to everyone regardless of gender identity. Everyone is free to choose which title to compete for. Applications are still being accepted. You can go to Facebook to get all the information. You must be 21 in order to compete and you must be a Maryland residence. You can have a local or bar title and be eligible to run for king or queen of Pride. But you can’t run for another title if you win king or queen until after Baltimore Pride 2020 is over.

Contestants compete in such categories as “Pride wear” (Wear your rainbow! This gives you the chance to let judges see your creative side), talent, and there’s an on-stage interview.

It’s not all fun and games, Rik says. “Pride royalty have events that they’re required to reign at, such as the 2020 45th Baltimore Pride weekend, as well as representing our community on Friday at Twilight on the Terrace, riding in the parade, and performing on the main stage Saturday for the block party, and hosting and performing on the Lady Lisa Drag Stage at Pride in the Park on Sunday.” He went on to say, “They will be asked to do other events throughout their reign, and yes it sounds like a full-time job, but done the right way, the thanks from the community will come to mean more to you than the crown.”

What prizes can royalty look forward to besides legions of loyal subjects? There’s a cash prize (amount to be determined –  half when you win half when you step aside), a sash that you can wear proudly (sponsored  Evil Twin Productions, producers of  Mid-Atlantic Leather Woman & Mid-Atlantic Leather Woman Boot Black, and created by Sash in the City), a photo shoot (courtesy of Chris Jay Photo), guest interview spot on “Coffee with Chris,” and last but not least an interview in Baltimore OUTloud where you will be able to state your platform.

But who knows better about the joys and duties of being royalty? Reigning Queen Bambi Galore said, “Know what your purpose is and hold strong to it.” King Just in Sane related, “Take time for yourself. It’s okay to say ‘no’ from time to time. Most importantly be true to yourself.”

Anything to add? King Just in Sane said, “To my promoters, thank you so very much. You’ve kept me sane with all the advice I needed to hear and for always being here for me. To my community I also want to thank you for embracing me the way you have. This year’s Pride let me see all the different sides of my community. From leather, drag, kink and fetish, you’ve always embraced me with open arms.”  Queen Bambi Galore followed with, “Thank you Rik, Chris, and the rest of the team for giving me this year the chance to know my community better and to serve them to the best of my ability.” So regal yet so humble!

Rik, Chris Jay, and Ganivah – promoters of King and Queen of Pride – want to thank all the all the sponsors for their donations, and have these words for our current king and queen “ We are very thankful to our King Just in Sane and our Queen Bambi Galore for the job they’ve done, and we are wishing the best of luck to the new 2020 king and queen, and most of all to our community for its continued support.”

So, on Friday September 20th, come and join MC Shawnna Alexander and put your hands together to welcome the new king and queen of Pride 2020 and say thank you for a job well done to our outgoing regals. Get your tickets now since seating is limited. This event is open to the public and we encourage the everyone to come out to show their support.