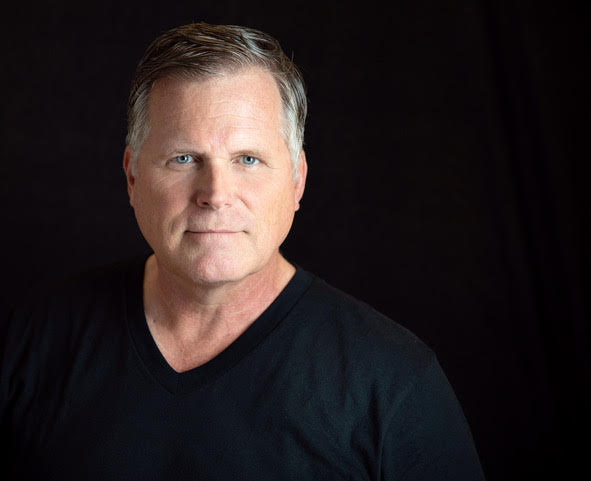 Frankie Kujawa: Can you tell our readers about your character Dorian Sydney “Syd” Winchester?

Robert Newman: He owns a nightclub called Mélange that he founded back in the 80s. He wanted a safe haven for people like himself. Back in a time when being gay was not only frowned upon and hidden it was, in some cases, even a crime. So, he wanted to create this safe haven for anybody to come in and be whoever they want to be with and love whoever they wanted to love. When we meet Syd in the pilot, he’s actually dead. They find out he died in the first scene. So, before he died, they were doing a documentary in the club and about him. So, we see him in footage from the documentary talking about the club and how it began and what it’s become. Later, we see him on a video of his will. Then, of course, Morgan Fairchild’s character marches in and all hell breaks loose.

Can you tell our readers how you came to “Mélange”? How did you come upon the project?

Well Tom D’Angora and I have known each other for a pretty long time. He’s always been very close to the soap opera I worked on for a thousand years – “Guiding Light.” [Laughs] I played Josh Lewis on the show for 28 years. So, Tom and I have known each other in different ways throughout the last few years. He came to me with Mélange, and he said, “I’m working on this project and it’s going to be geared toward the LGBTQ community.” And I already had been doing “Venice: The Series,” which was also geared towards the same community under the leadership of Crystal Chappell. Tom’s a lovely writer and it was fun. I hope it continues forward.

You’ve been part of other soap operas. Why do you think the soap opera / serialized storytelling genre is important right now?

I always kind of knew that at some point people were going to want to come back to really good storytelling about characters they care about, you know? Eventually people get tired of food shows, and game shows, and survivor shows. I think we’re getting to that place. In a weird way, even now in particular with this pandemic and with the insanity of the political situation right now, we’re returning to that genre more than ever. I turned to my wife the other day, and we just watched the series “Poldark” (Masterpiece on PBS), and I turned to her at one point and said, “This is just a soap opera.” We were watching “Big Little Lies” (HBO) and “Little Fires Everywhere” (Hulu) and I’m like, “This is just a soap opera.” It’s a much prettier one. The budget is great, and the lighting is fantastic but this exactly what I did on “Guiding Light” for 28 years. And you can throw in the British accent, and it’s like this is exactly what we’ve been doing. And I do think that people are really getting to the point where they want to return to something that has characters they fall in love with and care about, and characters that they hate, but also really tells a story. That’s something you really don’t get with many of the other formats and genres.