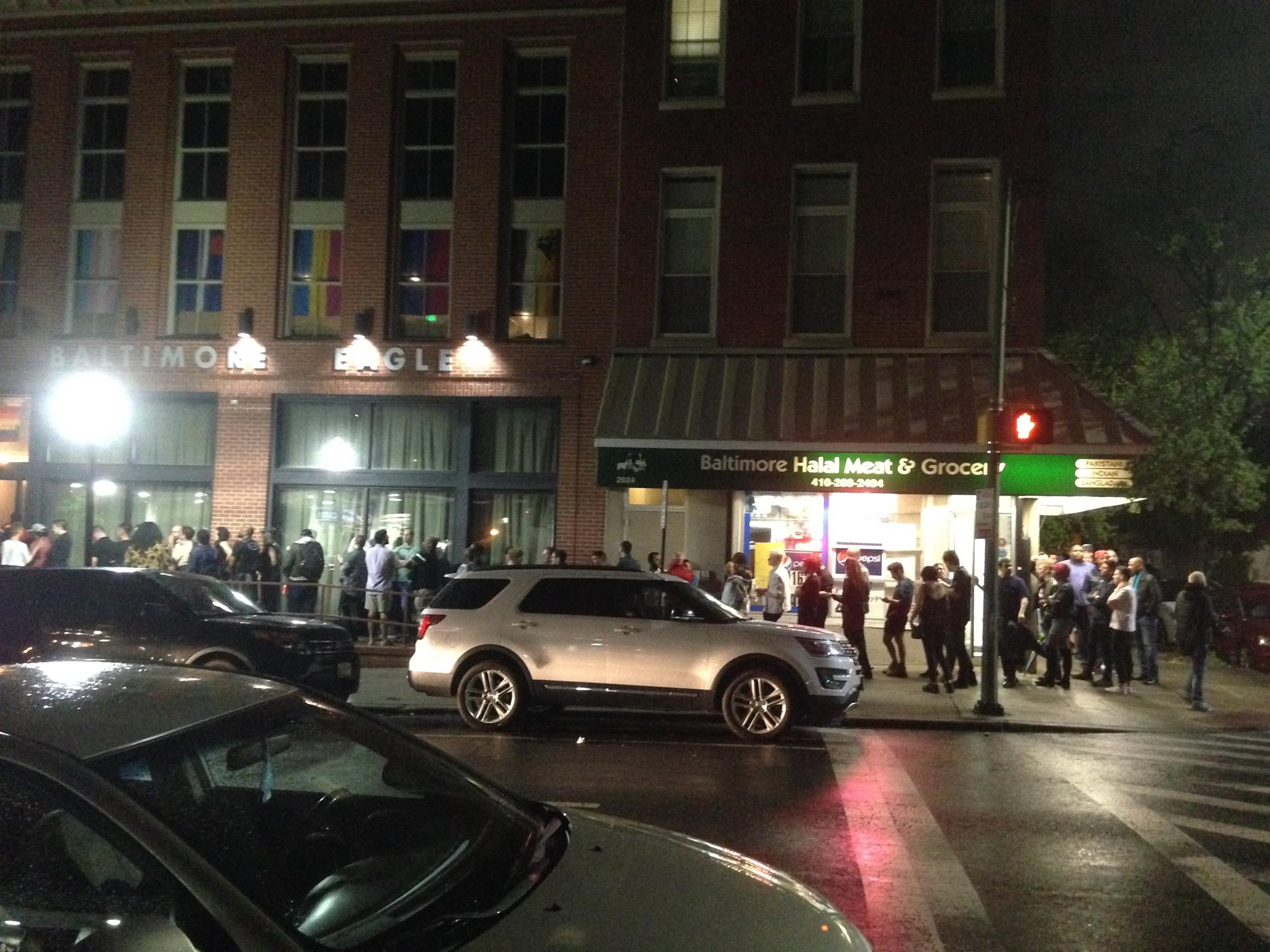 On Easter Weekend the long dormant Baltimore Eagle located at 2022 North Charles Street reopened to the delight of many in the Baltimore LGBT community. Invitations went out to members of many leather clubs in the area for a private re-opening reception on Thursday, April 18th with food and open bar from 7 to 11 pm. The party brought members of Centaur MC, ShipMates Club of Baltimore, FIST, Hooker & Boys, ONYX, as well past and present leather titleholders, including the very first female Eagle bar titleholder Ms. Baltimore Eagle 1992 Glenda Rider. Everyone was warmly greeted by the new staff and management.

On Good Friday, April 19th at 7 pm a line gathered at the door as the popular bar reopened to the public with the theme: “The Rise.” At a time when many LGBT spaces are closing, it was great to see the Baltimore Eagle reopen. There is no cover for the main floor, which also includes a larger Code Bar. The new management promises “a welcoming environment to everyone while maintaining the needed space for our leather community.” The bar jumped right in with drag shows upstairs featuring many of Baltimore’s popular performers and held a “Resurrection Tea Day” on Easter Sunday.

On Monday to Wednesday, the Baltimore Eagle has a happy hour from 4 to 7 pm, with $1 domestic bottle beers and from 7 to 10 pm, $3 rail drinks, $5 pitchers of draft, and other specials. All with no cover! Many additional shows, karaoke nights, dances, drink specials, and leather club events are planned. Visit Baltimoreeagle.com or their Facebook page at “Baltimore Eagle Night Club and Bar” for more information. The Baltimore Eagle has risen again. Hallelujah!