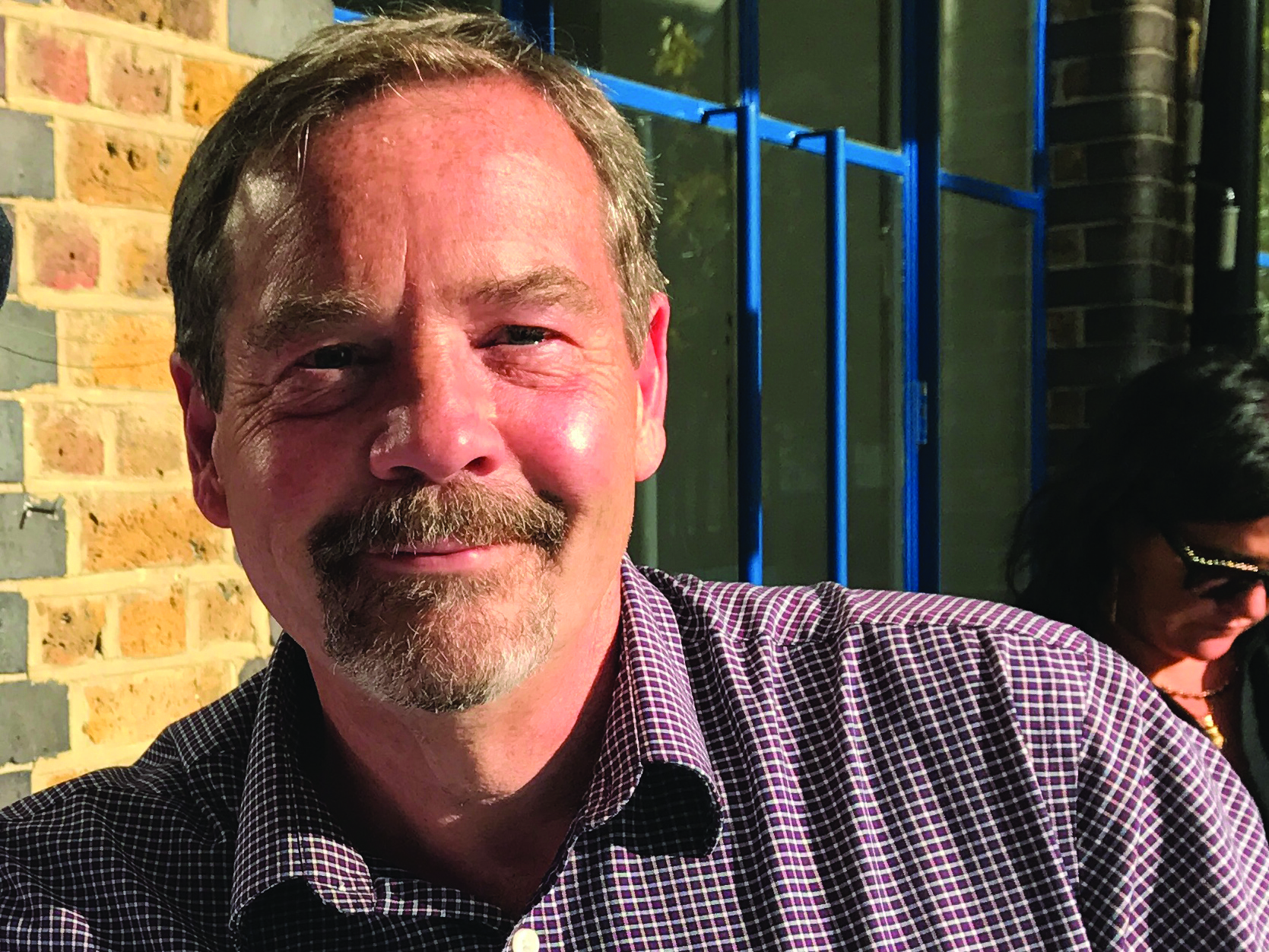 Edward Jeunette, a longtime attorney for the Baltimore City Department of Social Services, community activist, and former aide to City Councilwomen Mary Pat Clark when she was president of the city council, died suddenly on New Year’s Day after developing pneumonia. He was 62 years old and lived in Mount Washington with his spouse and husband of 30 years James “Jeb” King. 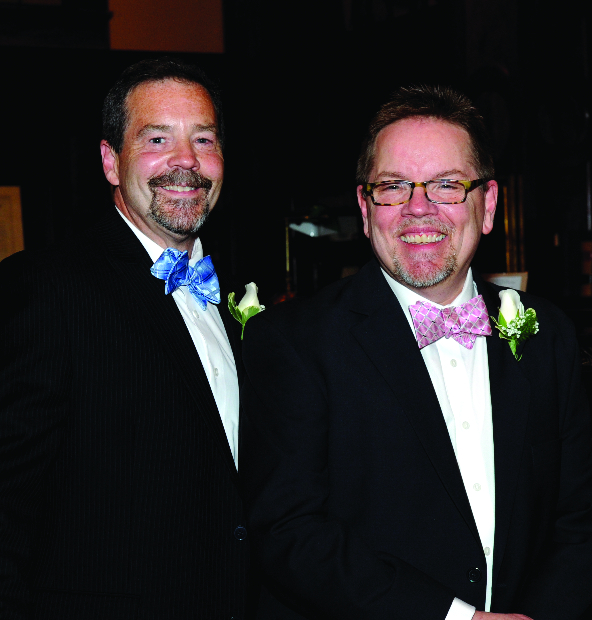 Ed was the son of Edward R. Jeunette, an attorney, and Margaret Clark Jeunette, who died when Ed was 11. Like his father and two brothers, he attended and graduated from Mount Saint Joseph High School. He then graduated from Towson State University, and the University of Baltimore School of Law. As soon as he finished law school in 1982, he took over his father’s Hampden based law practice. He ran the law practice until he began a lifelong career in public service. 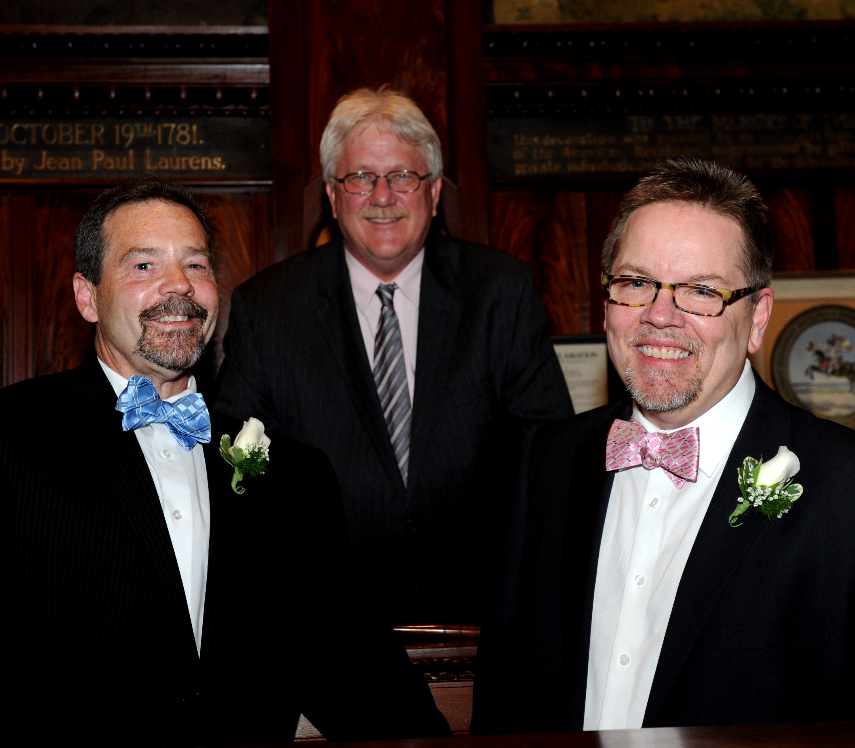 Ed and Jeb met on April 29th, 1989. In 2013, the year that gay marriage became legal in Maryland, Baltimore City Circuit Court Judge Edward Hargadon, now retired, married them on April 29th, their anniversary date. Judge Hargadon knew Ed from his years as a judge in juvenile court, where Ed tried many cases, and said, “To be asked by Ed to officiate his and Jeb’s wedding was such an honor. When I had lunch with them to plan the ceremony, I could see how much they loved one another. They were so playful and gentle together.” 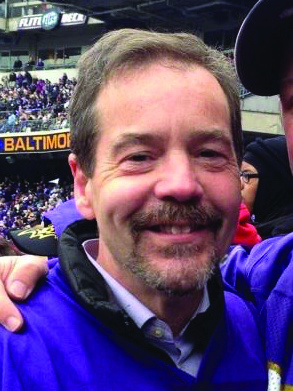 When Jeb and Ed first met, Ed was not “out” to his conservative Catholic family. That all changed when Ed was planning to go to a family gathering and ask Jeb if he wanted to come along. Jeb’s answer was an emphatic “Yes!” and from then on, they were a couple – to Ed’s family and everyone else. Jeb said, “I really believe that was a turning point in Ed’s life because he was not out anywhere up to that point. From that moment on, Ed began living the life that he deserved, wanted, and was extremely proud of.”

Ed spent much of his life volunteering for community organizations. He grew up in Hampden and remained committed to the community even after he moved away. He was a board member of the Hampden Business Association, served as a marshal in the Mayor’s Christmas Parade, volunteered for the Hampden Family Center, and was a past vice president of the Hampden-Woodberry Community Council. He later worked for marriage equality and participated in Pride activities. 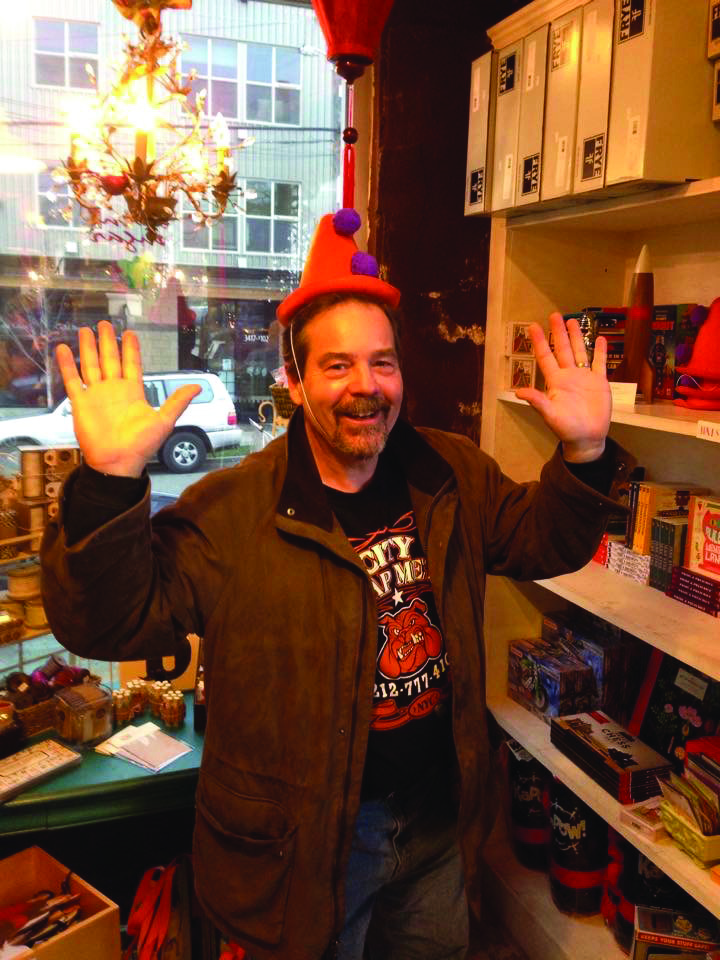 Ed was also active in the Democratic Party and in 1987 joined Mary Pat Clarke’s successful citywide campaign for president of the city council. Following Mary Pat’s election, Ed joined her as her director of legislation and was very involved during her challenging but successful transition as the first woman elected city council president. He worked on a number of important early legislative initiatives, but Mary Pat remembers most an incident that showed Ed’s thoughtfulness and humor. She said, “[f]or all the support and help Ed brought to the office, I best recall a surprise transformation of my office itself on our first St. Patrick’s Day in office. I began the day chairing the Board of Estimates and when I returned to my office, the red chairs had all been replaced with green chairs. A wonderful sight to behold, which made my day and stands out in my happy memories of those transitional days. Ed never said where those green chairs came from, and I never asked.”

In 1990, Ed began a 30-year career as an attorney with the Department of Social Services representing the agency in difficult child abuse and neglect cases and trials protecting vulnerable adults. Neeta Kataria, Ed’s supervisor at DSS, said of his decades of work with the department, “Ed quietly built relationships not only within the agency but also the community of providers, including the courts and other professionals, that advanced the best interests of the vulnerable children and adults in Baltimore effectively and comprehensively. He worked tirelessly behind the scenes to protect others and did so without seeking recognition or fanfare. Ed was respected by all who worked with him and truly fits the definition of an unsung hero.” Judge Hargadon agreed that Ed stood out among the lawyers in juvenile court that appeared before him, “I worked with Ed for ten years. I think Ed’s reputation for being professional and prepared was a challenge to all who practiced in juvenile court to step up their game a notch. I once asked his supervisor if we could clone Ed.”

Ed’s commitment to protecting the vulnerable was an essential part of his character and it didn’t end with people. He cared for the furry variety as well and rescued many dogs and cats.

Kristin echoed Ed’s commitment to helping people without any desire to be recognized for his work. “When I look around our house, I can’t see a room that Ed hasn’t touched,” counting off the numerous projects that he completed. “But it’s not the actual physical changes that I will cherish the most, though he was extremely skilled and talented. Instead, it’s the quality of the time spent and laughter we shared doing these projects together. Ed was great fun to be around – whether for a quick happy hour or a long Super Bowl weekend. To be a friend of Ed’s was to find someone you could rely on, someone you could laugh with, and someone that would accept you no matter your faults. He was one of a kind. He truly loved helping people, not just his close friends, and he didn’t want credit or to be celebrated after he helped a friend or a stranger. It was just who he was.”

Ed spread a wide and embracing net professionally, in his community service, and his friendships. During the early push for marriage equality in Maryland, Jeb said that he and Ed decided that they wanted to take some action to further the cause. Jeb was working for Johns Hopkins University and he and Ed spent weekends walking the campus and visiting pubs frequented by students to speak to them about supporting marriage for gay people. They carried voter registration cards with them and urged the students to register.

Jeb said that because of Ed’s upbringing in a family in which no one got divorced, he respected the institution of marriage and it was only natural that he would work for same-sex marriage. However, their push for gay marriage created tension within Ed’s family. Initially, one member said that he supported civil unions but that marriage was between a man and a woman. Fortunately, the ensuing discussion and debate led to the family’s full acceptance of same-sex marriage and Ed and Jeb as a married couple. When Ed died, Jeb said that he had the full support of the family as Ed’s husband and this made it much easier for him when making Ed’s funeral arrangements. “We were not just roommates and the [Burgee-Henss-Seitz] funeral home treated me with the dignity and respect as Ed’s husband.”

Jeb said Ed loved building things, “he was the straightest gay man I ever met,” and it was only natural for him to help make the LifeBridge float. During their 30 years together, they purchased several old houses which Ed rejoiced in restoring. Ed described their current house in Mount Washington with its acre of land as “country living with city taxes,” and every Friday would come home from work, change from his suit to work clothes, and spend the rest of the weekend working on the property and various other projects.

Ed was an avid Baltimore Ravens fan. For the past 20 years, he and his friends Kristin and Tom travelled to each Super Bowl city to join in the festivities. Ed was excited about this year’s Ravens playoff run and planned to attend the playoff games with Kristin and Tom.

Ed’s family, many friends, and colleagues attended a packed Memorial Celebration of his life on January 8th. In his eulogy, best friend Tom said that all we can ask for is a life well lived and Ed did exactly that! The family has suggested that donations be made in his honor to the Maryland SPCA.